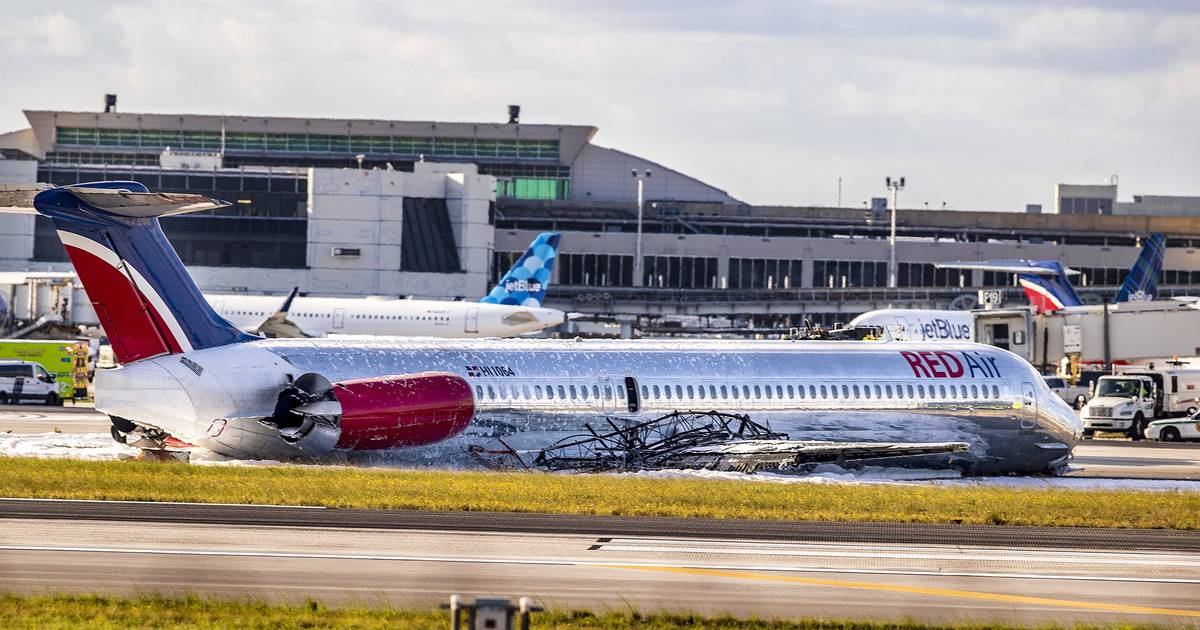 Witnesses and investigators said the landing gear gave way when the Red Air-operated aircraft attempted to land on a runway, the Miami Herald reported. The three injured were released from the hospital on Wednesday.

The plane caught fire on crash landing and passengers rushed to the exits in the chaos. According to Red Air, 130 passengers and 10 crew were on board the flight from Santo Domingo to Miami.

“What happened here is a miracle,” Miami-Dade County Mayor Daniella Levine Cava told local Fox affiliate WSVN, suggesting the passengers were lucky to escape with their lives. Levine Cava was at the airport after arriving on an unrelated flight from Philadelphia.

“Red Air (Flight) 203 from Santo Domingo had its landing gear in the nose of the plane collapsing, which appears to have caused a fire,” Miami International Airport said in a tweet.

Levine Cava said she was told that the landing gear collapse led to a forced landing, where the plane bounced up and down before coming to a stop and catching fire.

Firefighters arrived and quickly put out the fire on the McDonnell Douglas MD-82 aircraft. The many passengers who were not hospitalized were transported by bus from the plane to the terminal.

Red Air began operating last year as a discount airline for passengers traveling between the US and the Dominican Republic. The National Transportation Safety Board will investigate the accident.