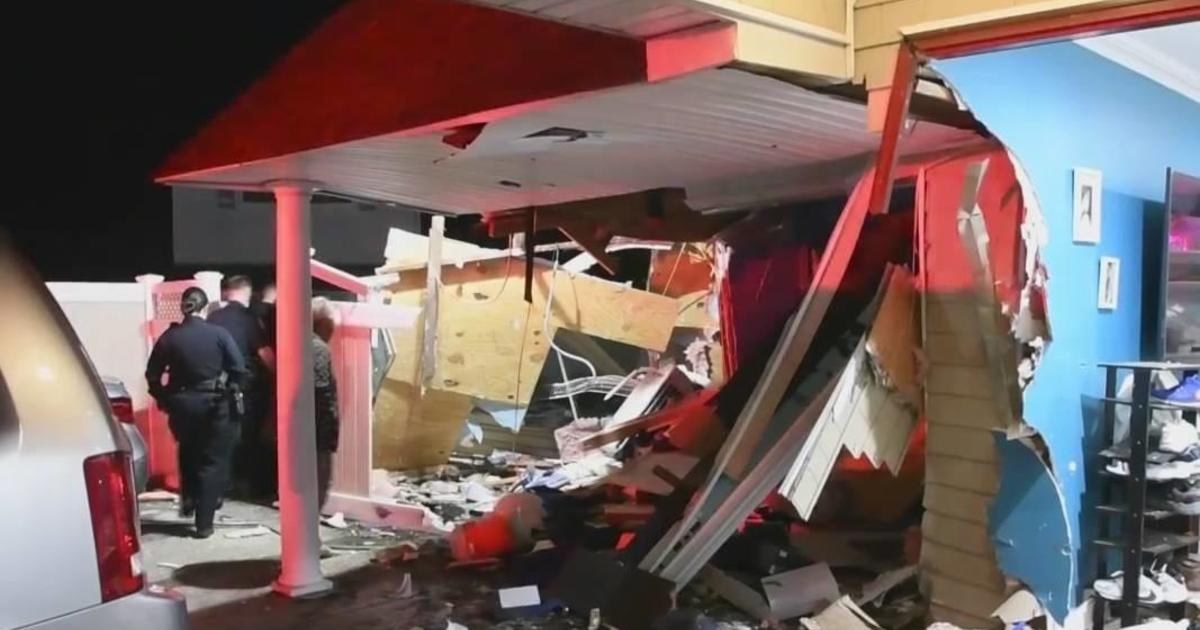 WESTBURY, NY — A teenager and his family are grateful to be alive after a pickup truck hit their Long Island home in the middle of the night.

The truck crashed into the house in Westbury around 1 am on Thursday and ended up in the backyard after crashing into the 13-year-old’s bedroom.

“Confused and worried. I have school but I can’t go,” Jayden Tirnh told CBS2’s Elijah Westbrook.

Despite the damage, Nassau County Police said no one was injured. The truck missed Jayden by just a few inches.

“I was sleeping and then I woke up by myself. Nobody woke me up, and the wall is broken. Everyone was walking around, talking and I was really confused. I got up… I saw the guy who hit our house and he said, ‘ Sorry, I don’t know you guys,’ and then he left,” Jayden said.

“I was scared. I was holding him, I was crying,” said Jayden’s mother Thu Than. “I feel his whole body, see if he’s okay. Because the whole closet collapsed on the bed.”

Based on the tire tracks left at the scene, it appears the truck driver left Carmen Avenue and crashed into the house before coming to a stop in the backyard.

“One foot closer and my son is gone,” Than said. “I feel much better now. I see everything. My son, nothing is wrong with him.”

Police said the driver, identified as 42-year-old Blas Flores-Velasquez, fled the scene and was arrested hours after the accident. Florez-Velasquez was found hiding in a wooded area near the Wantagh Parkway, police said. He was charged with DWI, among others.

The house is now uninhabitable, according to the Nassau County Code Enforcement Department.

The family said they will be staying with another close family. But that’s the least of their worries – they’re just thankful that they’re okay.

“It could have been a lot worse,” Jayden said. “I’m glad I didn’t die last night.”