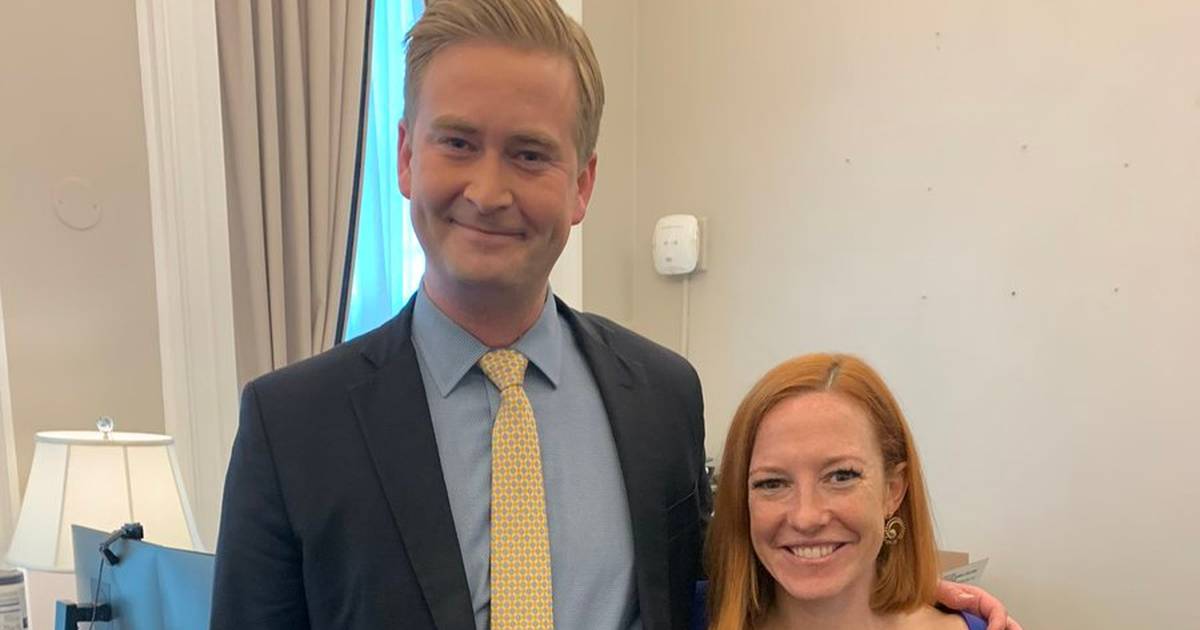 “End of an era in the Brady briefing room!” Doocy tagged the photo he posted on his Twitter feed. “Good luck, @jrpsaki.”

Even broadcaster Piers Morgan heavy about the civil farewell between the two combatants, who were rarely seen in the eye during press conferences at the White House.

“What a partnership,” he tweeted. “You two did your job superbly well.”

Doocy and Psaki exchanged gleeful barbs during a May 5 conference in front of a room full of reporters.

“I’m sorry to see you go,” Doocy said from her seat in the White House press room.

“You are?” Psaki darted from behind her podium.

Doocy confirmed his sincerity and he and Psaki praised each other for being a “good sport”.

The source reports that Psaki held more formal press conferences during his 15 months of service than all of former President Donald Trump’s four press secretaries during his four years in office.

President Biden sometimes puts Psaki in an awkward position by doing things like calling Doocy a “stupid son of a bitch”.

Psaki said in a podcast last month that Doocy was getting it when the president called him after the incident to set the record straight, calling it a “moment of grace” on the part of the Fox News correspondent.

Politico reported in April that Psaki had plans to work for MSNBC after leaving the White House. She will be replaced by former deputy press secretary Karine Jean-Pierre.

Doocy is the son of Fox News host Steve Doocy. Fox News said the network is “extremely proud” of the work he does on his behalf.