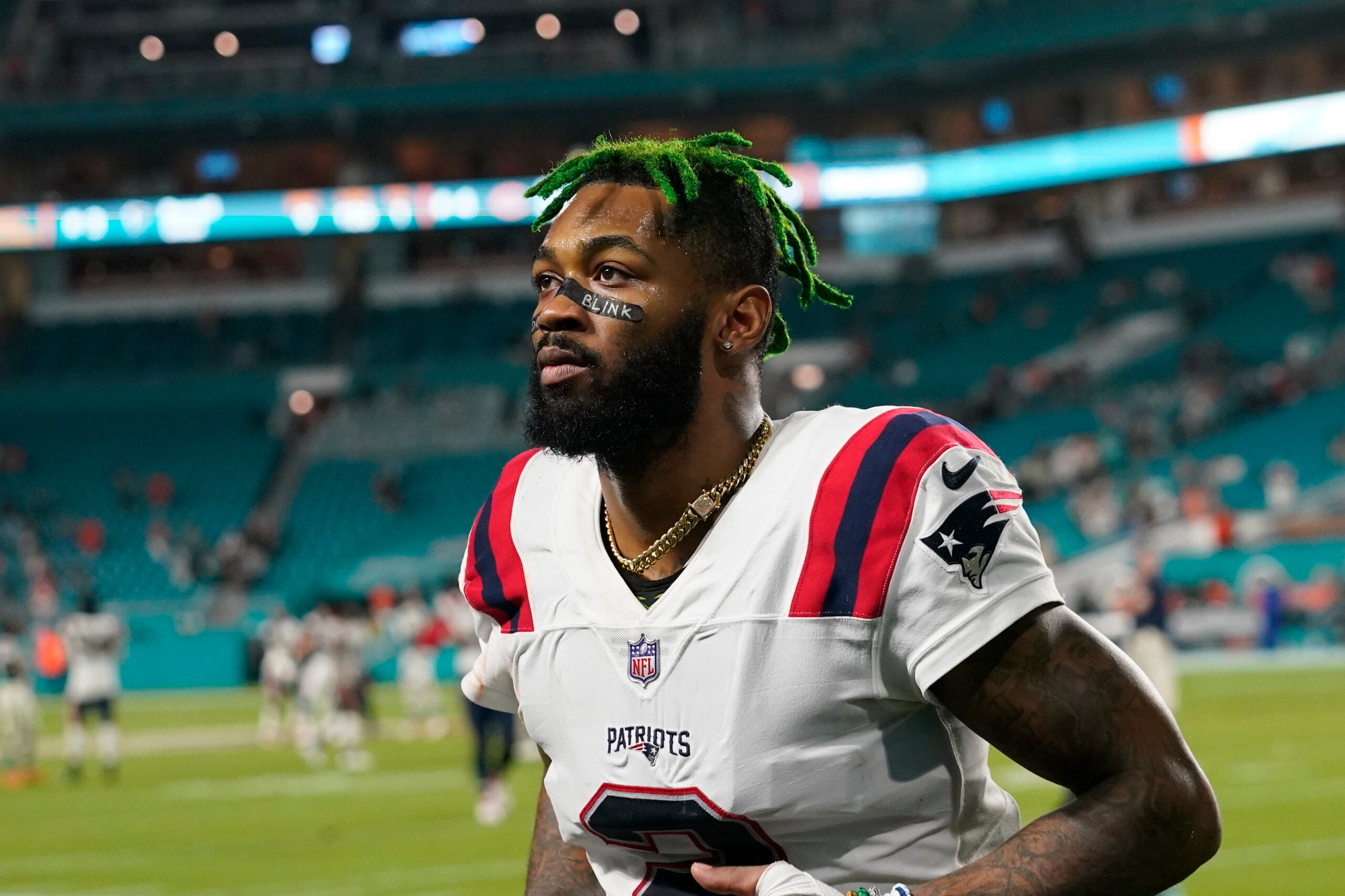 Anyone familiar with Patriots cornerback Jalen Mills knows about the “Green Goblin” personality he inherited from his time with the Philadelphia Eagles. Even when he spoke to reporters Thursday for the first time this offseason — a few weeks before the OTAs began — his green dreadlocks were on display.

He’s not the only Boston athlete sporting this look at the moment, however. Celtics point guard Marcus Smart also dyed his hair green during the 2022 NBA playoffs, in which he and his team are fighting defending champions Milwaukee Bucks.

So, naturally, Mills was asked what he thought of Smart copying the cornerback’s signature look. As it turns out, sporty green hair isn’t the only thing connecting the two native Texans.

“Do you know what madness is? I actually went to school with Marcus Smart in Dallas in fifth and sixth grade,” Mills revealed to reporters.

So what did he think of the future Celtics mainstay?

“Everybody knew back then that he was going to be a pro in basketball because he was dunking at that time. He ended up transferring. So actually, we’re both from the same part of town at home.”

Mills ended up attending two different schools in Dallas County before heading to LSU as a three-star defensive recruit and moving on to the NFL in the 2016 draft.

Smart, on the other hand, attended high school outside of Dallas and became one of the highest ranked basketball players in the country, eventually serving at Oklahoma State University for two seasons before the Celtics selected him sixth overall in 2014.

All these years later, their paths have converged again in Boston as Mills plays for the Patriots and Smart continues his solid career with the Celtics. Mills, meanwhile, is still rooting for his old schoolmate.

“I have to go with the home team now,” Mills said when asked who he’s rooting for in the NBA playoffs this year – that home team, of course, is the Celtics. “I know they’re playing a good team ball. Everyone is doing their job.”

Perhaps the green-haired Smart and his teammates are luckier in their elimination game on Friday night than they were at the end of their painful Game 5 defeat.

As for Mills, he will be gearing up to build a first season with the Patriots that surprised many as a pleasant surprise as he admirably filled out the outside corner.

“I definitely feel more comfortable,” he said of entering Year 2 with New England. “From now to last year…my mind isn’t wandering and asking 100 questions. Now I’m asking 50 questions instead of 100 this year. But definitely more confident within the scheme for sure.”