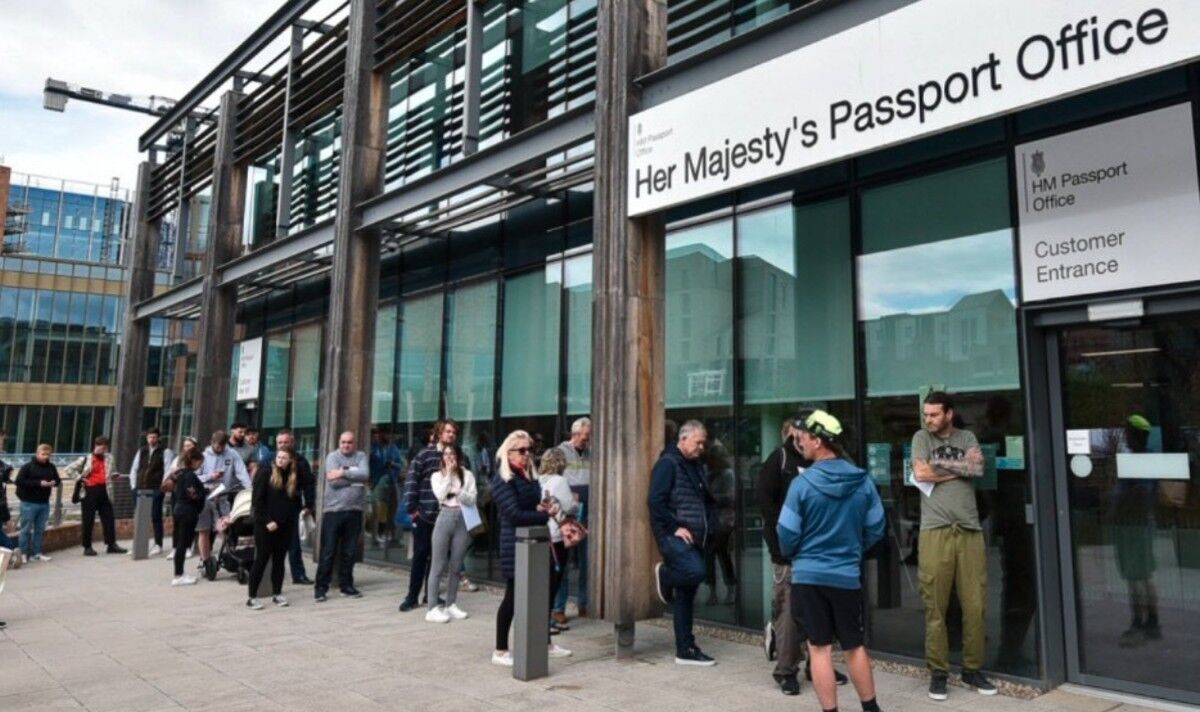 Long lines of angry people formed outside a passport office in Durham on Thursday, as the system appeared to be overwhelmed by a surge of applicants desperate to obtain their new documents. Groups reportedly started lining up at 6:30 am in an attempt to obtain the documents needed to travel abroad.

Queues formed outside the city office because it was one of the few in the country with openings still available, as the Passport Office is under intense pressure after requests soared.

People from across the country flocked to Durham in a desperate attempt to sort out their passports.

A couple from south east London made the 230-mile journey to Durham overnight in a bid to sort out paperwork ahead of a £4,000 holiday to Turkey with their children this weekend.

Self-employed plumber Nathan said, “Basically, [I] has had no joy in getting a passport in recent weeks.

“I went to the London office – no joy. On the phone – no joy. Absolute farce.”

He told the BBC he made the trip on the night of his daughter’s birthday after reading advice on a Facebook forum to go to the office where passports are being kept.

Nathan added that he started the passport application process on March 2, within the 10 weeks recommended by the government.

READ MORE ABOUT MEGHAN AND HARRY RETAKING FROM THE HIGHLIGHTS

“Glasgow office returned in 5 weeks – 5 weeks later and absolutely nothing to the other!!!”

Andrew_J_G said: “@HM_Passport is a total mess. My wife (among many others) was turned down from her Durham appointment (after buying train tickets and a hotel) because they don’t have the capacity to process my daughter’s order.”

The government says around five million people have delayed renewing their passports during the pandemic, but with travel returning to normal levels there has been a rush in demand, causing unprecedented delays.

Lawmakers warned that the “chaos” at the Passport Office has left people across the country with up to nine-hour phone waits, making 40 calls and also missing important family events.

The Interior Ministry faced demands on Thursday to reveal when the delay will be resolved and offer compensation to those who do not have their passport applications resolved within 10 weeks.

Interior Minister Tom Pursglove said the 10-week target was “not guaranteed” but insisted that 700 more staff would be recruited by the summer to help.

The government expects 9.5 million British passport applications to be processed this year.

Covid limits for travel saw just four million orders in 2020 and five million in 2021 in comparison.

Pursglove, responding to an urgent question in the House of Commons, said nearly two million applications were processed between March and April of this year.

He also insisted that the vast majority of orders continue to be processed within 10 weeks, with over 90% of orders issued within six weeks between January and March.

The minister added that less than 1.4% of passports printed last week for UK applications had been in the system for more than 10 weeks.

Labor MP Nick Smith, who asked the urgent question, said: “A constituent told me yesterday, ‘It’s terrible – we’re supposed to fly on Sunday, but we still haven’t been able to get our youngest son’s passport passed to a different department, so wait, then the phone line is muted’.

“Another told me, ‘I called 40 times last week, they cut me off every time. I don’t know what to do and I’m falling apart right now.’

“The facts are there are long lines outside passport offices, hours and hours spent on phone lines and families fearing their vacation will be cancelled.”