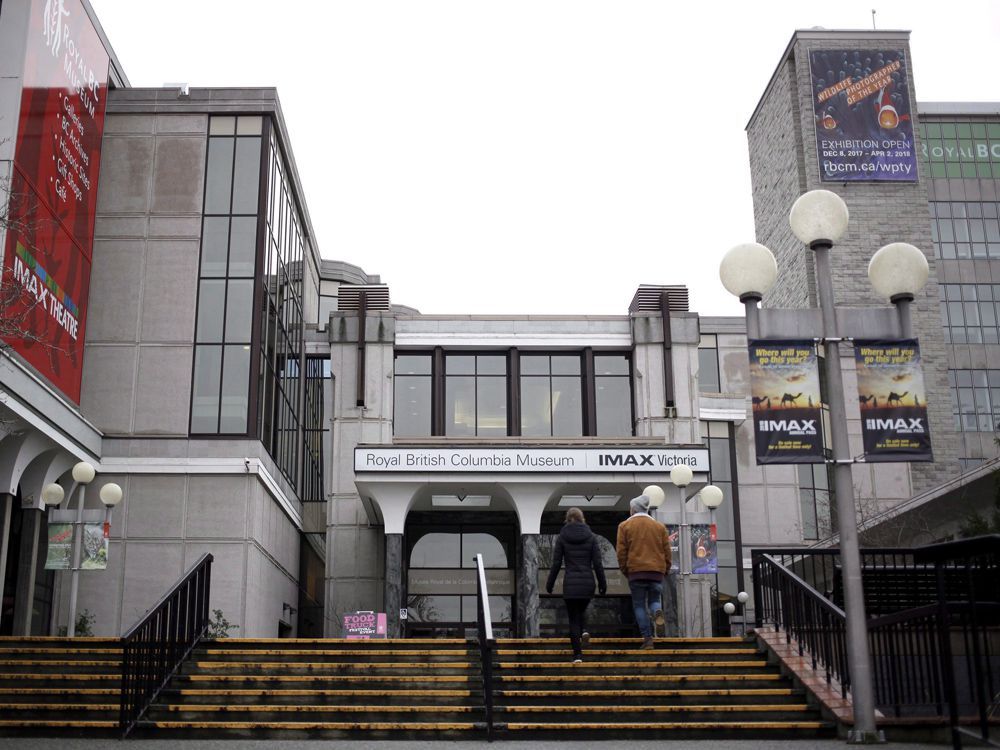 VICTORIA — When Prime Minister John Horgan called off the closing of the Royal BC Museum on Sept. 6 this week, he suggested it meant business as usual for the beloved institution.

“The museum will remain open in the fall, indefinitely ongoing,” Horgan told reporters. “This includes the IMAX theater, gift shop and ever-important food trucks will continue to operate in and around the RBCM.”

Good news about Imax. The government paid $4.3 million to buy the theater from the US tenant two years ago, and then wrapped it up in this year’s business plan. Encouraging the museum to make some use along with the gift shop and food trucks.

Not surprisingly, Horgan didn’t mention the museum’s exhibits. Many of the historical-themed ones were closed earlier this year and fined for removal.

The prime minister played down this aspect of the timeline, focusing instead on his May 13 announcement that the entire facility would be replaced.

“In no time did a second sober thought happen so quickly,” he said. “40 days have passed. …That’s enough for rain and an ark.”

“The Royal BC Museum announced today that it will begin closing third-floor sections to begin the decolonization process in these galleries, in response to the call to action by indigenous leaders to increase cultural security and ensure the museum is a welcome place to visit. everyone,” the Nov. 3 statement said.

“Our government’s commitment to truth and reconciliation requires that we diversify and decolonize the way we share BC’s history,” added Tourism Minister Melanie Mark.

“For a long time, museums were colonial institutions that excluded others from telling their own stories. We have the opportunity to turn the museum inside out, and it starts here, now, on the third floor of the museum.”

Banning the colonial legacy was the only reason given for the removal at the time, though lately Mark has downplayed that goal.

“I don’t believe I use the word decolonize,” he said recently.

With the decolonization campaign well under way, the third floor of the museum is closed and exhibits like Old Town have disappeared or disappeared.

Reflecting the reduced state of the remaining exhibits – mostly on the natural history floor – visitors are required to pay a mere $5 for admission.

The nearby Victoria Bug Zoo is charging $16 for admission, “an indication of where the once-revered RBCM ranks,” as Les Leyne, a columnist for the Victoria Times Colonist, said this week.

Last month, Horgan characterized the museum as a rubbish dump for unwanted visitors: “I sent people I didn’t want to visit there when they came to town.”

This week, he continued to denigrate the exposures his government is sending to the ash heap of history.

“We started with the Old Town which, of course… They were dioramas that were created in the 60s and 70s, and very outdated.

“If you want to see an old town, take a trip to Barkerville or Fort Steele.”

The vacated space “will now be available for new exhibits as the museum begins its engagement process,” Horgan said.

He further suggested that some of the estimated seven million items now in the museum’s storage could be on display.

“Some of them haven’t seen the light of day for generations,” he said.

The prime minister showed similar flexibility when asked about seismic risk at the existing museum, something the New Democrats have repeatedly signaled when justifying their plan to close the site and demolish it.

Horgan now says the main building “is seismically challenged, but it is no more today than it was yesterday.

“Hundreds of thousands of children have been entertained and informed as they toured the various exhibits over many, many decades, myself included.”

Before this week’s announcement, critics of the plan were accused of putting children at risk in the event of an earthquake.

Looking ahead, Horgan insisted that rethinking the museum’s replacement creates an opportunity.

“The good news is that the journey is starting again,” he said. “I believe that now we will have a full engagement with people.”

He did not rule out that the engagement process could lead to the conclusion that the interrupted plan “is the best way forward”.

Not likely, given the reaction, but according to his insistence, “everything is on the table”.

He also expressed hope that critics of the shelved plan “will have ideas of their own that will reduce costs.”

Given the rise in construction costs, this doesn’t seem likely to me either.

One option that seems plausible is Horgan’s suggestion that the museum could be moved.

These and other decisions will depend on recommendations from the museum’s board and CEO, Horgan emphasized.

The prime minister’s decision to appropriate the reckless replacement plan and send it back to the drawing board was politically correct.

But, as befits a 180-degree change of direction, the reversal left a lot of loose ends in its wake.

One of the biggest challenges is reconciling the public’s affection for the former museum with the NDP’s determination to banish the legacy of colonialism.

Despite Horgan’s stop order, the decolonization process is already underway.