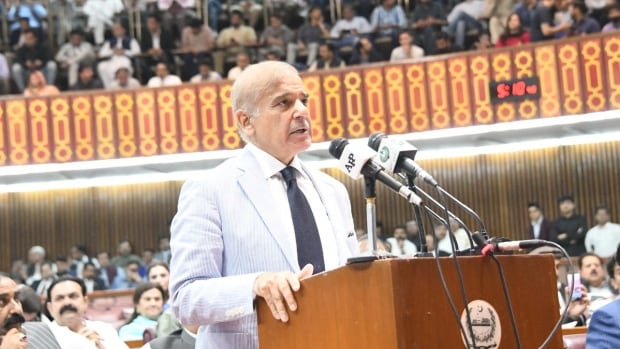 Pakistan’s parliament chose a more Western-friendly politician, Shehbaz Sharif, as prime minister on Monday, completing the ousting of predecessor Imran Khan in a political crisis that has sparked street protests and a mass resignation of lawmakers.

Sharif’s election brings to a close a week-long constitutional confrontation that reached its climax on Sunday when Khan lost his no-confidence vote, although the country is likely to remain prone to political and economic turbulence.

Shehbaz, 70, who has a reputation domestically as an effective administrator more than as a politician, is the younger brother of three-time prime minister Nawaz Sharif.

After the vote, Sharif vowed to tackle an economic malaise that has seen the rupee hit an all-time low and the central bank implement the biggest hike in interest rates in decades last week.

“If we have to save the sinking boat, what we all need is hard work, and unity, unity and unity,” he said in his maiden speech to parliament.

“We are beginning a new era of development today.”

Just minutes before the vote, legislators from Khan’s party resigned en masse from the lower house of parliament in protest at the expected formation of a government by his political opponents.

“We are announcing we are all resigning,” Shah Mahmood Qureshi, former foreign minister and vice president of Khan’s party, told the assembly. The mass resignations will require fresh byelections in well over 100 seats.

The younger Sharif emerged as the leader of a united opposition to topple Khan, a former cricket star who has claimed that the United States was behind downfall, which Washington has denied.

Sharif said in an interview last week good relations with the United States were critical for Pakistan for better or for worse, in stark contrast to Khan’s prickly ties to Washington.

In his maiden speech, he also spoke of improving relations with neighbors India and China.

“We want good relations with India but a durable peace can’t be possible without Kashmir’s solution,” he said, referring to the contested Himalayan territory the countries have fought several wars over.

He said his government will speed up construction of the $60-billion US China-Pakistan Economic Corridor (CPEC) — a part of Beijing’s Belt and Road Initiative.

No elected prime minister has completed a full term in Pakistan since it won independence from colonial power Great Britain in 1947, though Khan is the first to be removed by a no-confidence vote.

Nawaz Sharif was barred by the Supreme Court in 2017 from holding public office and subsequently went abroad for medical treatment after serving just a few months of a 10-year jail sentence for corruption charges.

The military has ruled the country for almost half its nearly 75-year history. It viewed Khan and his conservative agenda his favorably when he won election in 2018.

But that support waned after a falling-out over the appointment of military intelligence chief and economic troubles that last week led to the largest interest rate rise in decades.

Khan remained defiant following his in parliament. Thousands of his supporters in several cities held protests against his ousting him that went on until Monday’s early hours.

“There can’t be any bigger insult to this country,” Khan told reporters on Monday at the prospect of Shehbaz Sharif being elected.