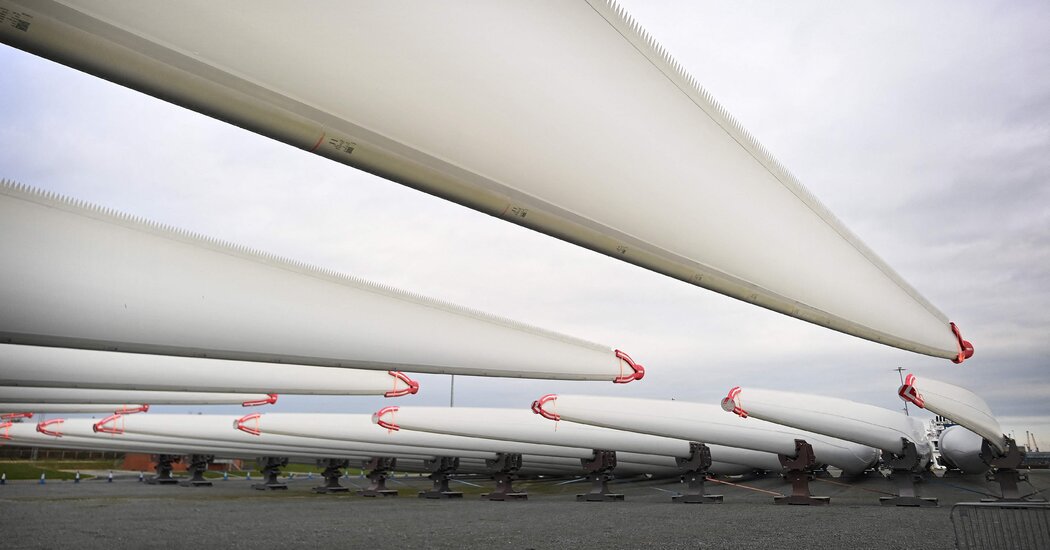 The United States pledged in 2021 to cut emissions at least in half by 2030, but emissions surged almost 7 percent in 2021. Although the budget bill is currently stalled in the Senate, over $500 billion in clean energy investments in the bill could, according to a recent analysis, put emissions back on track to meet the 2030 target. During a time when global oil and natural gas prices are rising, these tax credits and other policies in the proposed bill could also lower annual energy expenses by 6.6 percent for households and businesses by 2030.

Opinion Conversation
The climate, and the world, are changing. What challenges will the future bring, and how should we respond to them?

We also need to worry more about issues of land use, permitting and infrastructure. Net-zero will likely require substantial land use for renewables and expansions in transmission and pipeline infrastructure, but there is a reluctance to agree to such projects. For example, Maine voters recently blocked a project to bring more of Quebec’s hydropower into the Northeastern United States, and environmental groups and residents in otherwise climate-conscious states like California and New York have resisted solar and wind farms. Overcoming such challenges requires careful engagement and consensus building among constituencies affected by such projects. Time spent on such engagement now may be time saved later.

Carefully mitigating the risks and balancing the trade-offs associated with different types of deeply decarbonized systems is another important priority. For example, to ensure the near-term reliability and affordability of the electricity grid, regions may want to keep nuclear and natural gas capacity in order to meet growing demand from electric vehicles and to remove coal, even as natural gas is gradually replaced by zero -emitting fuels such as hydrogen.

It is also important to consider how well-designed climate strategies may support national and regional economic goals, including jobs, equity, and overall economic activity. For example, while the costs of solar rooftop are decreasing, there have been large disparities in its adoption in the United States by race, ethnicity, and income. The consequences of air pollution from many current energy systems can be inequitable, but a transition to sustainable and low-carbon energy systems may mitigate such disparities. Decarbonization strategies should aim to equalize opportunities for adopting new technologies and to promote just transitions.

Of course, the United States can’t do this alone. Although actions on the part of this country are imperative if we are to achieve global climate goals, the United States represents a shrinking share of the world’s emissions, and US leadership can help facilitate international collaboration and cooperation on technology transfer, finance, trade, and energy security for all.

The decisions we make now may have an outsize impact on humanity’s long-term future. Climate change threatens to jeopardize communities, public health and the environment. The next steps are clearer and more affordable than they have ever been.

Rather than getting distracted by distant and likely irreducible uncertainties, let’s focus on what matters: deploying clean technologies we know we need, implementing a coherent climate policy, laying the groundwork for future progress and creating a just transition that shares the benefits of a sustainable energy system.