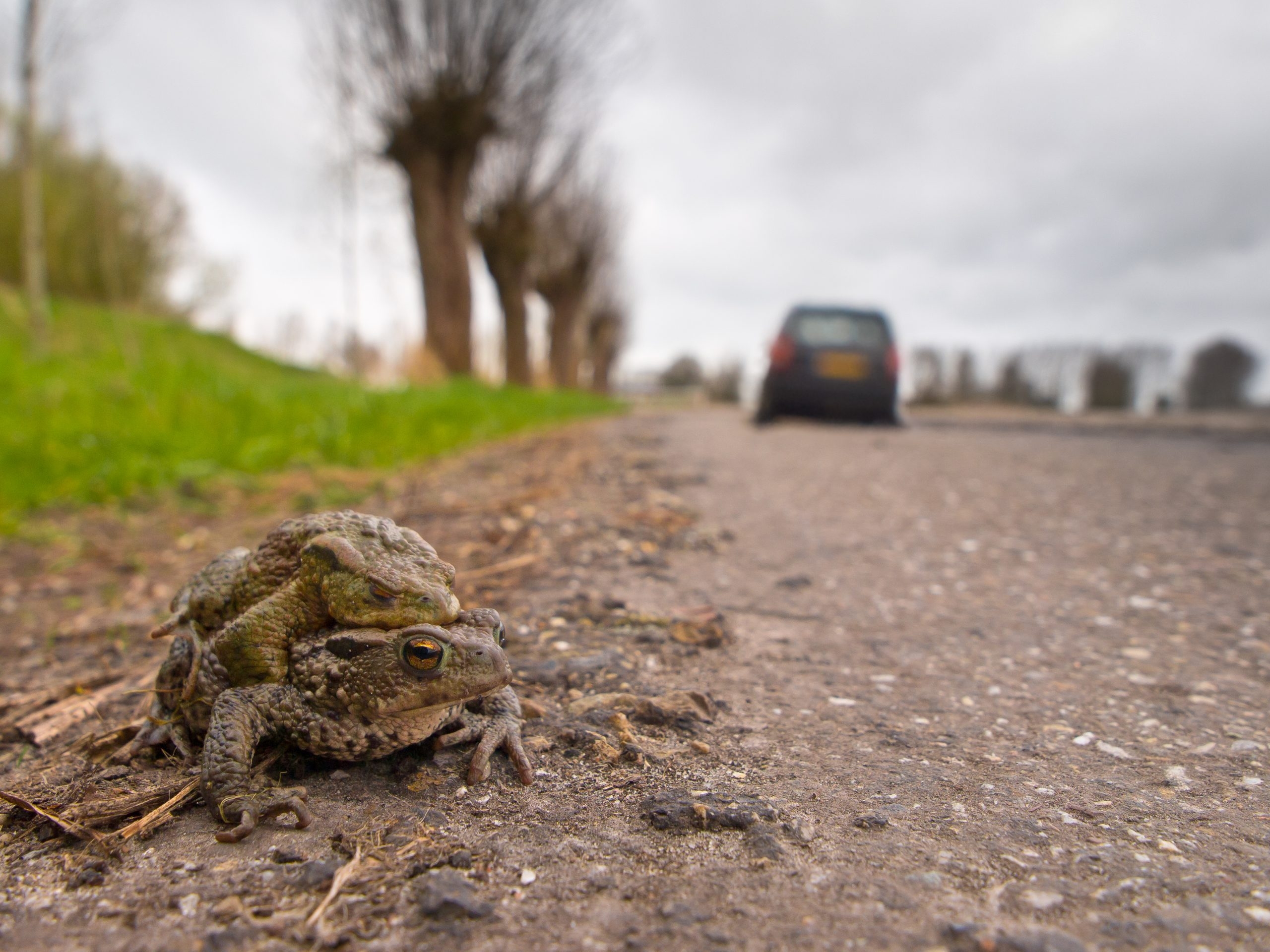 It’s not easy being a frog on the road.

Or any creature, for that matter.

One million animals are killed on roads in the Greater Toronto Area each year, according to a new study by the Toronto Region Conservation Authority (TRCA) and the University of Toronto.

Leading the analysis of the data – collected over two decades at 23 sites across the GTA – was U of T graduate student Nicole Regimbal, who is completing a dual major in ecology and evolutionary biology and environmental ethics. She was helped by TRCA researchers Jonathan Ruppert and Andrew Chin.

Together they found that amphibians – toads, frogs, salamanders and others – are dying at a “disproportionately higher” rate than any other creature in the study areas.

Specifically affected are the American frog, the green frog, the gray tree frog and the northern leopard frog, the study results showed.

As amphibians are cold-blooded, they are attracted to warm roads. They are also slow and often cross roads, making them particularly vulnerable.

“Being specifically vulnerable is not something specifically shocking,” Regimbal told the Toronto sun of his findings, adding that he hopes his work will help spark conversations that will ultimately lead to greater ecosystem protection.

Regimbal said the issue of amphibian fatality exists throughout the year, but deaths increase during the breeding season, when the creatures are changing habitats.

“I think we need to be aware of how we relate to the environment,” said Regimbal. “I just think we should care. We are the direct cause of it. We kind of have a responsibility to do what we can to mitigate it.”

According to Regimbal, amphibians are experiencing a global population decline and roadside mortality is a major contributor.

The solution, according to Regimbal, is eco-highways – also known as green roads – in which passages are built under or over a road, allowing small animals to cross safely.

Road closures have also been implemented in Ontario, as in 2017 in Burlington, to allow Jefferson salamanders to cross the road safely.

Regimbal was born and raised in New Jersey before coming to Toronto for his post-secondary studies.

“Such an interesting opportunity,” she said. “I think it’s especially special to have an impact in such an urbanized area.”

TRCA is one of 36 conservation authorities in the province mandated to protect natural environments. He oversees a region comprising nine watersheds and stretching from Ajax to Mississauga and from Lake Ontario to Dufferin County.