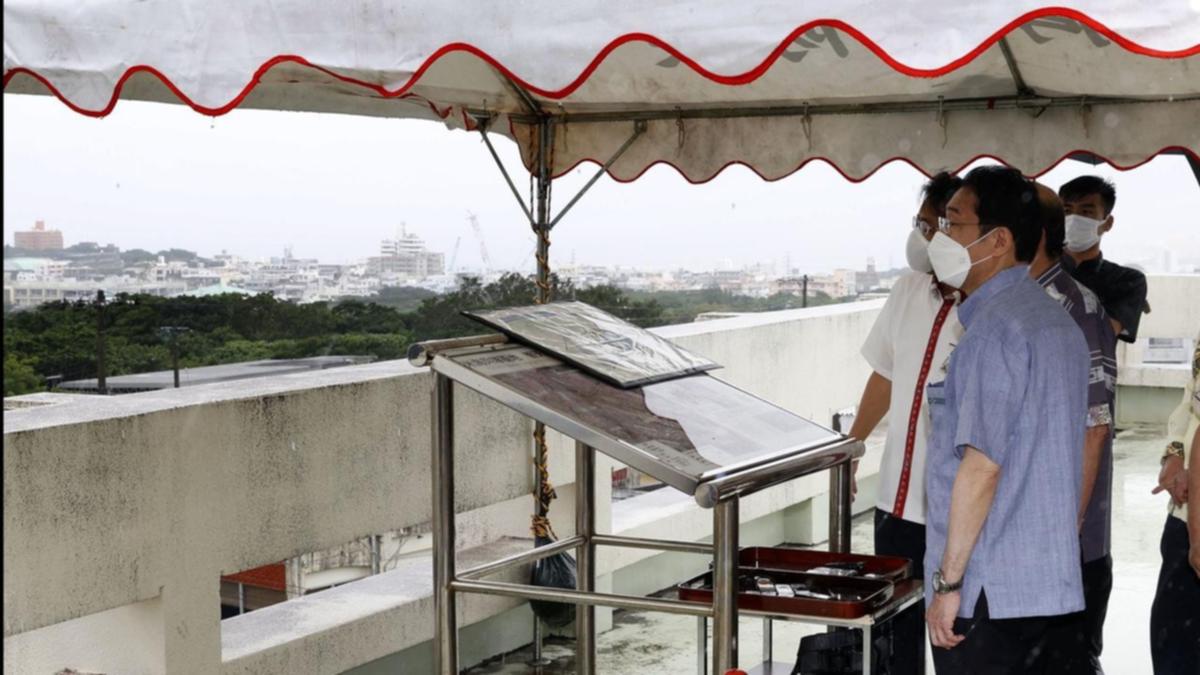 Japan’s Okinawa archipelago marked the 50th anniversary of the end of US occupation and its return to Japan with calls for fewer US bases, despite growing concerns about its proximity to an increasingly assertive China.

Okinawa, a series of tropical islands in the extreme southwest of Japan, much closer to Taiwan than Tokyo, suffered massive devastation in World War II.

Two months of bloody battles between American and Japanese forces left up to a third of its people dead. Nearly 30 years of US government followed.

On May 15, 1972, the islands were finally returned to Japan in what was seen as a hopeful step towards the painful legacy of the war.

But today they still house most of the US military bases in Japan, a devil’s bargain that created jobs but also fueled concerns about crime and military accidents.

Now, as China becomes increasingly assertive in the Pacific region and tensions mount around Taiwan, which Beijing considers a renegade province, Okinawans are worried they could once again end up on the front lines – especially after Russia’s invasion of Ukraine.

“These are small islands,” said a protester on Miyako Island, home to Japan’s newest military base, declining to give her name.

“Building a military base will not protect them, but it will make them a target for attack.”

Okinawans have long resented having to shoulder the enormous burden of hosting US bases, and the issue has occasionally sparked massive protests. Of the 812 Okinawans polled by public broadcaster NHK in March, 56% said they were strongly opposed to US bases; only a quarter of 1,115 people outside the city hall said the same.

Prime Minister Fumio Kishida acknowledged this, as well as the economic inequalities that still make Okinawa one of the poorest areas in Japan, in remarks at a government ceremony in Okinawa.

“Even now, fifty years later, Okinawa still carries a heavy burden,” he said. “We take this seriously and will do our best to reduce it.”

Okinawa’s current governor, Denny Tamaki, noted that despite the small area of ​​his prefecture, it is still home to 70% of US bases in Japan, adding, “We still haven’t managed to make Okinawa an island of peace.”

In a written message, US President Joe Biden – who will visit Japan next week – praised bilateral ties and shared values.

“I am deeply grateful for Japan’s unwavering support for democracy, freedom and the rule of law and for Okinawa’s contribution to advancing these ideals,” he said.

Tensions in Okinawa are likely to escalate further, as lawmakers from Kishida’s Liberal Democratic Party (LDP) have said they want a commitment to more defense spending, including missiles that can hit targets on foreign soil – missiles that can be deployed in Okinawa.