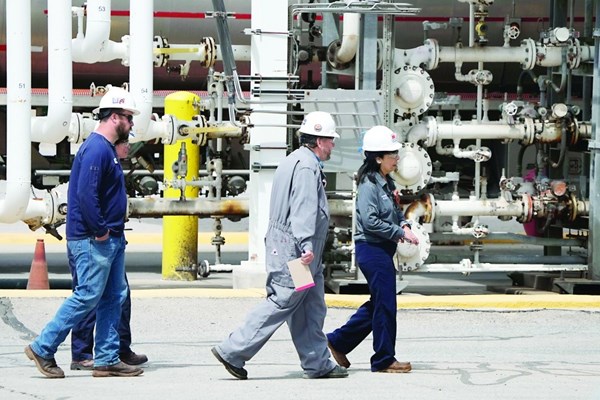 LONDON (Reuters) – Oil prices rose on Friday, supported by tight supply and new sanctions on Iran, but prices are on track for a weekly decline after major central banks raised interest rates, raising fears. of a sharp economic downturn. Brent crude was up 62 cents, or 0.5%, to hit $120.43 a barrel at 8:56 GMT, and West Texas Intermediate crude was up 75 cents, or 0.6%, to hit $118.34. Both were down more than $1 at the start of the session. Brent crude is on track to post its first weekly decline in five weeks, while U.S. crude is heading for its first decline in eight weeks after they tracked the impact of the stock market decline amid fears of a potential recession. in the wake of central banks. decisions to sharply raise interest rates. The US government said that while diplomatic efforts to revive the Iran nuclear deal will continue, it will continue to use sanctions to limit exports of Iranian oil and petrochemicals. Analysts estimate that the deal and the subsequent lifting of sanctions imposed on Iran’s energy sector could add up to 1 million barrels of oil a day to global markets.