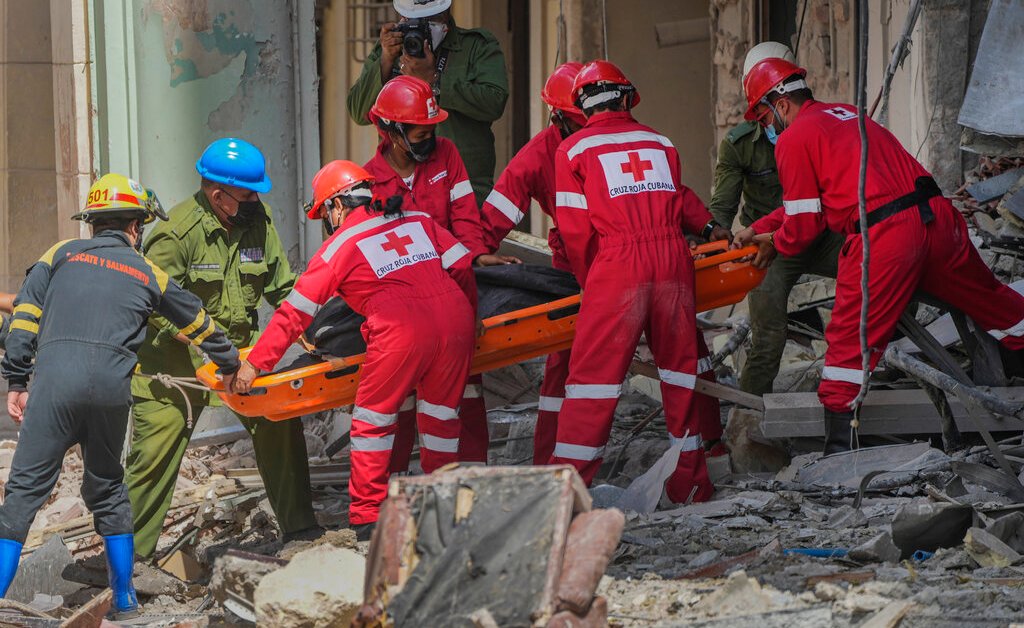 HAVANA – Search teams with dogs hunted the ruins of a luxury hotel in Cuba’s capital on Sunday for survivors of an apparent gas explosion and authorities brought the known death toll to 30.

The Hotel Saratoga, a 96-room five-star hotel in Old Havana, was preparing to reopen after being closed for two years when an apparent gas leak caused a massive explosion on Friday.

Cuban officials on Sunday increased the known death toll to 30 from 27, even as teams continued to search for victims of the blast that tore through the building’s exterior walls and damaged several nearby structures, including the historic Teatro Marti and Calvary Baptist Church. the headquarters for the denomination in western Cuba.

The Health Ministry said 84 people were injured. Among the dead are four minors, a pregnant woman and a Spanish tourist whose companion was seriously injured.

About 24 people remained hospitalized, according to the Ministry of Health.

The explosion is another blow to the country’s crucial tourism industry.

Crews actively worked to clear the surrounding streets, and by late Saturday, foot traffic had resumed. Some nearby buildings were also heavily damaged by the blast that blew out windows and shook the walls.

Even before the coronavirus pandemic kept tourists away from Cuba, the country was struggling with tougher sanctions imposed by former US President Donald Trump and maintained the Biden administration. These limited visits by American tourists to the islands and restricted remittances from Cubans in the US to their families in Cuba.

Attention began to turn to an official visit by the President of Mexico, Andrés Manuel López Obrador, who arrived in the capital on Saturday night. López Obrador was wrapping up a five-country tour that started in Central America.

Cuban President Miguel Díaz-Canel visited Mexico during Independence Day celebrations last year. López Obrador recently spoke out against the US government’s apparent intention to exclude Cuba, Venezuela and Nicaragua from the Summit of the Americas to be held in Los Angeles in June.