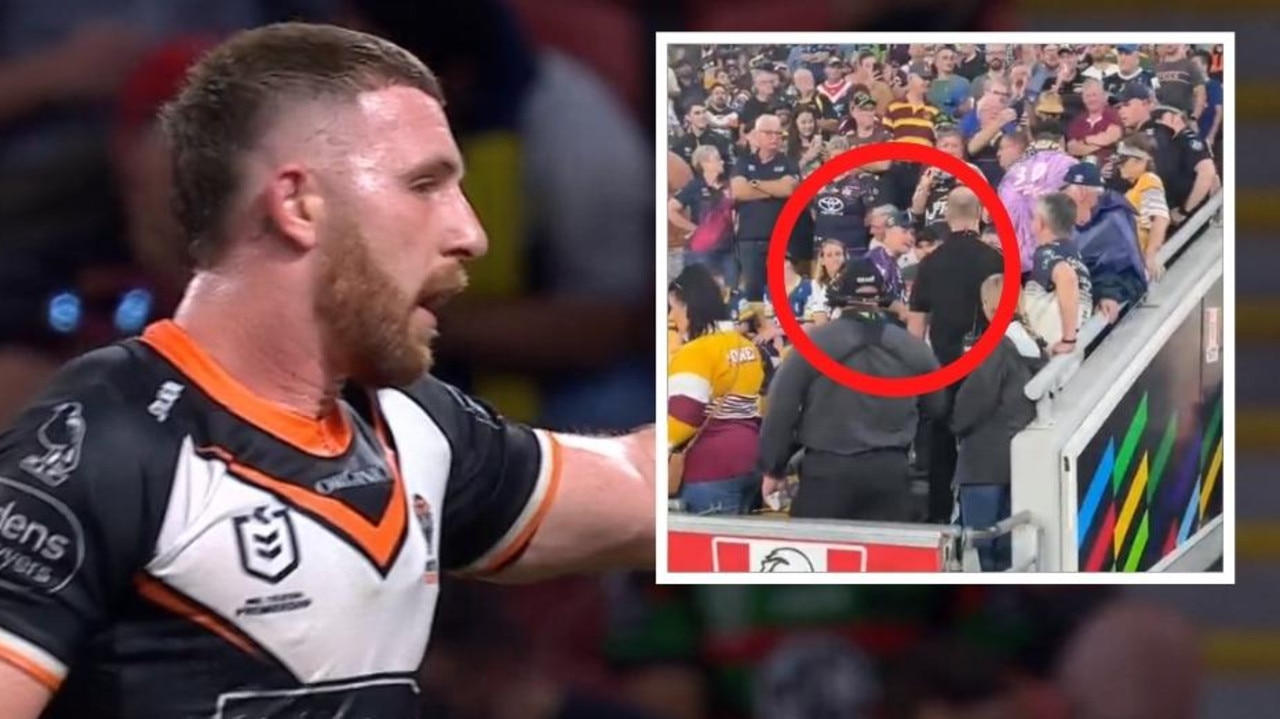 A rugby league fan was kicked out of Suncorp Stadium after directing abuse at a football player during the Magic Round on Sunday.

A rugby league fan has been ejected from Suncorp Stadium after directing abuse at a football player during Sunday’s Magic Round clash between the Wests Tigers and the North Queensland Cowboys.

Late in the first half, midfielder Jackson Hastings successfully converted teammate Luke Garner’s attempt from the sideline to give the Tigers a four-point lead in Brisbane.

But immediately after kicking the conversion, Hastings turned and pointed at a member of the crowd.

The 26-year-old promptly complained to officials on the field before joining his teammates for the restart.

the daily telegraph reports that a fan was escorted from Suncorp Stadium for making “deeply personal” derogatory remarks about Hastings’ family as he lined up the shot on goal.

“What we can say is that one fan was kicked out at halftime, so those around the bully turned him in.”

The incident comes after a physical altercation broke out at the north end of the west bleachers at Suncorp Stadium on Friday night, with approximately half a dozen men throwing punches and falling backwards over chairs.

Video of the brawl quickly circulated on social media, with rugby league fans expressing their disgust at the crowd’s behavior and lack of security intervention.

“There is absolutely no place for violence in our games,” he said.

“In addition to the action that the authorities may take, we will also ban any fans who engage in violence in the stands. It will not be tolerated.

“Magic Round is a celebration of our game, our fans and families. Nearly 150,000 fans will be in attendance this weekend and we will speak with the stadium, which oversees security, to ensure the correct measures are taken.”