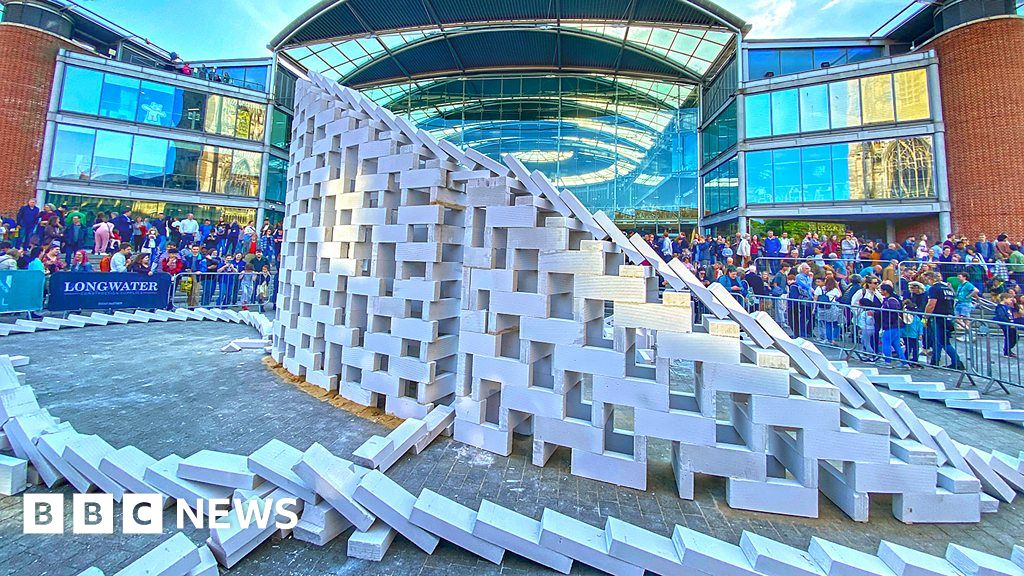 More than 7,000 domino blocks toppled on a city-wide route to mark the start of the 250th Norfolk and Norwich Festival.

The installation, by artist Julian Maynard Smith, took three days to execute by more than 200 volunteers on a 2.5km route that wound through downtown Norwich. It toppled over, watched by thousands of people, in about 30 minutes on Friday night.

The work, which has been replicated in cities around the world since 2009, grew out of an initial idea to connect London’s boroughs.

He said the whole purpose of the performance was to make people look back at the environment.