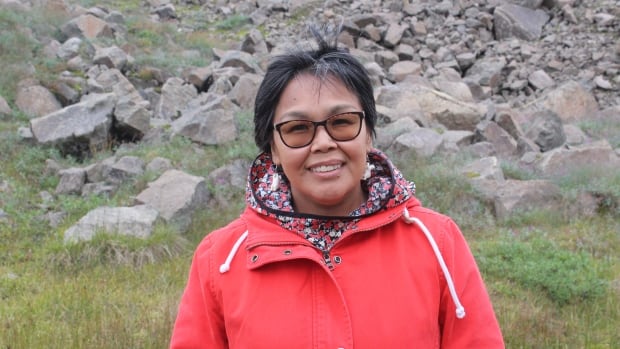 The Nunavut lawmaker is applauding the federal government’s plan to spend $4.9 billion over the next six years to modernize continental defense. And Lori Idlout says Northerners should have some say in how the money is spent.

“It’s very important for Arctic sovereignty and for Northerners to know that there is work to be done to protect the Arctic,” Idlout said.

Anand made the long-awaited announcement about North American Aerospace Defense Command (NORAD) updates on Monday at the Canadian Army’s main air base in Trenton, Ont. She referred to the investment as the beginning of NORAD’s “next chapter.”

The NORAD overhaul will include the replacement of the Northern Alert System, a chain of radar stations in the three territories. The Northern Warning System evolved in the 1980s from the Distant Early Warning Line (DEW), originally built in the 1950s to monitor any Soviet missile threat.

Anand said two new radar systems will be developed – on the Canada-US border and in the Arctic archipelago – to “significantly improve our situational awareness of what enters northern Canadian airspace”.

She also said the Northern Alert System – currently managed and operated by the Inuit-owned Nassituq Corp. – will be maintained until the new systems are in place.

Idlout says she is pleased that part of the federal commitment is to ensure that indigenous communities benefit from defense reform.

“It looks like some benefits will include ensuring that Inuit companies are able to do some of the work that will be needed to upgrade the system in the Arctic,” Idlout said.

Idlout agrees that continental security is important in light of Russia’s aggression in Ukraine, but said other infrastructure is equally vital to northern sovereignty.

“It is important that the federal government also consults with Northerners on how these funds will be spent.”

‘The devil is always in the details’

Anand’s announcement didn’t offer much detail on exactly how the $4.9 billion would be spent, or when.

However, Jim Fergusson, deputy director of the Center for Defense and Security Studies at the University of Manitoba, expects most of it to be spent in the North.

“So a significant portion of the investment will go to the Arctic. What portion, we don’t know yet.”

Fergusson also agrees that Canada is “on the right track”.

“Again, the devil is always in the details,” he said.

Rob Huebert, a northern defense analyst at the University of Calgary, points out that Anand explicitly stated that northern and indigenous communities would be involved from the start.

“So, in other words, this is very important,” he said.

Huebert said a promised over-the-horizon polar radar system would rely on some of Canada’s northernmost communities to store equipment or serve as a “starting point”, meaning the infrastructure would need to be upgraded.

The problem, he said, is that it’s not clear when that work might begin.

“Will they follow through with swift action or will we see further delays like, say, in the case of the construction of the deepwater refueling site at Nanisivik?” said Hubert.

“And I hope that given the dangerous nature of the threat, we are moving quickly, which therefore means that local communities and indigenous peoples from the north need to be brought in very quickly.

“But then again, the track record is not good at this.”