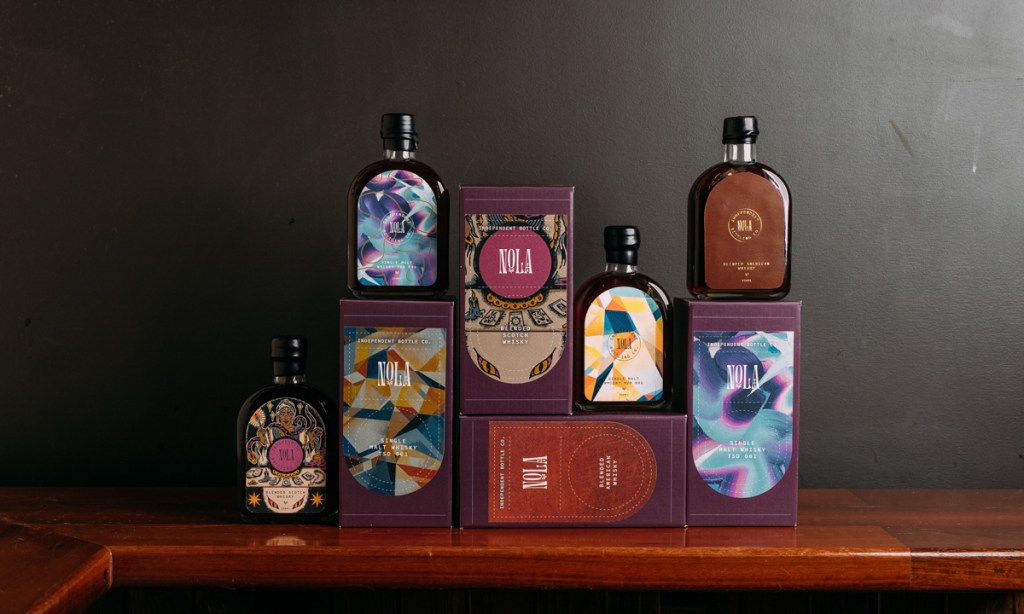 After four years, the whiskey has become inside the small East End bar, now available for purchase.

Ask any distiller and they will tell you that whiskey is a product of its environment.

A delicate blend of science and art is used to get the best flavor possible from the caramel-colored brew.

So when the team at Nola started making whiskey within the walls of their tiny New Orleans-inspired bar, they knew the location would play a big part in the aging process.

“It gets all its flavor and color from the barrels themselves, and from the moisture, from the vibes of the music playing and it all contributes to how we age it,” says Oliver Brown, co-owner of Nola. CityMag.

“We wanted to put these barrels on the back bar and capture the essence of Nola in something that was uniquely ours.”

Nola joined The Exchange four years ago to age the whiskey inside the small bar.

They got their hands on three old Seppeltsfield harbor barrels, each filled with 16 liters of local spirits. 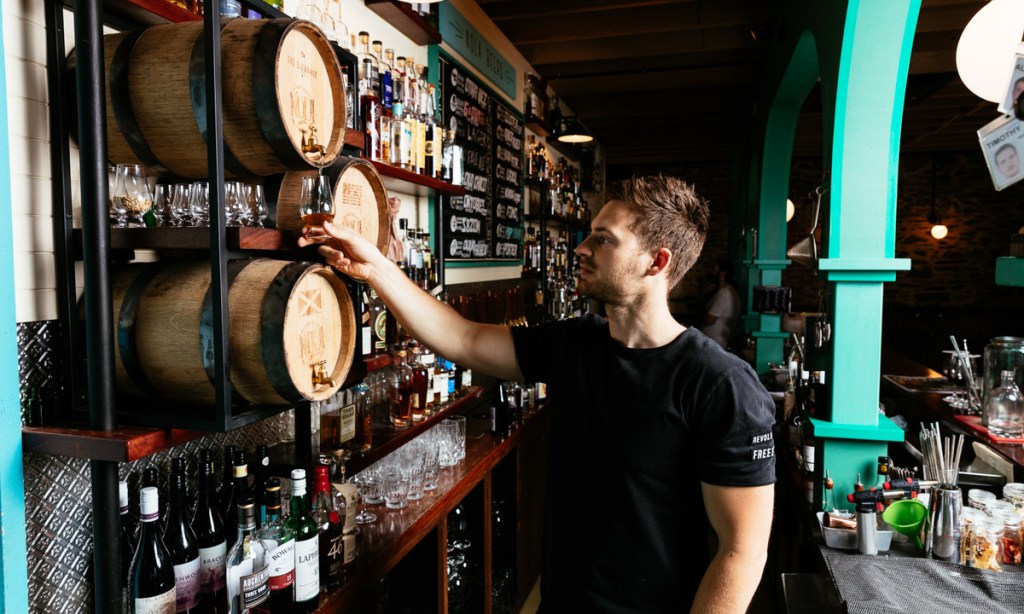 You may have seen the barrels on Nola’s back bar

The Nola team has blended some whiskeys from the bar and aged others from the local Tin Shed and McLaren Vale distilleries.

After hundreds of tastings and hours of observing her creations, Nola’s four distinctive whiskeys hit the market.

There are blended American and Scotch whiskeys made from a blend of Nola’s spirits, as well as single malts from the Tin Shed and McLaren Vale distillery.

“Australia and South Australia have such an emerging whiskey scene and we are pushing the boundaries and we see this as our kind of addition to that world,” says Oliver.

For the last part of the aging process, the barrels were transferred to the cellar of the neighboring Stag Hotel.

Oliver says the final product is “like nothing in the world”, but acknowledges that it took a lot of trial and error to get to this point. 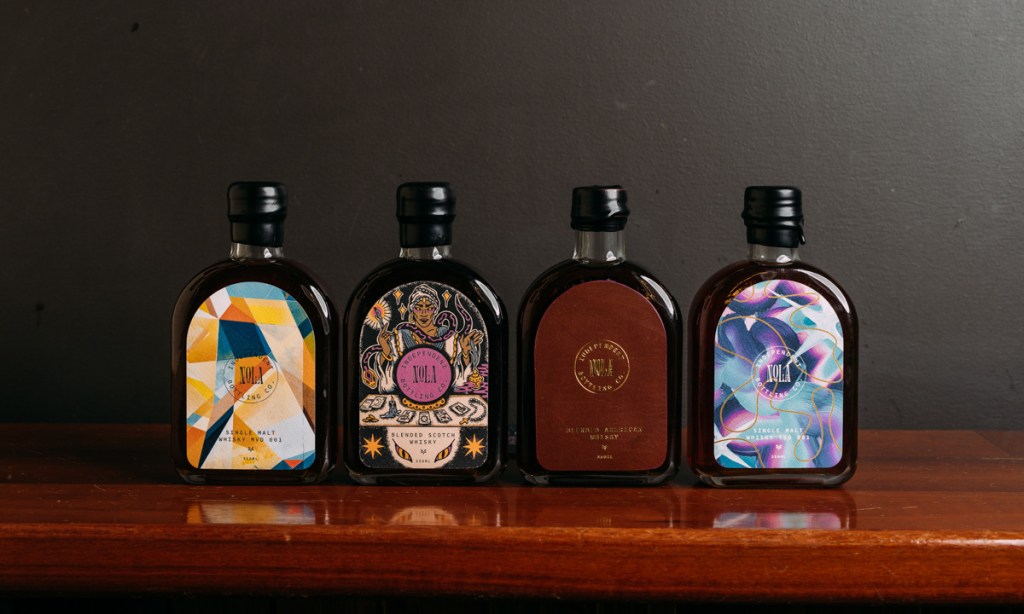 “You don’t know how the spirit is going to react to the barrels, or its environment, so you have to keep looking inside,” he says.

“Different temperatures and different humidities will start to affect how much actually evaporates from the barrels. You could end up with nothing if you’re not careful.

“For us, getting past that three-year mark, which allowed us to call it a whiskey, and then getting it in the right spot so it’s at one of those peaks, was really important.”

Nola enlisted the help of four local artists for each label to design the Nola whiskey line. Dave Court, Vans the Omega, Kyle Woodman and Bella McRae were tasked with bringing their unique style to every bottle.

For Bella, designer, manufacturer and Moroccan, it was “very special” to be part of the project. 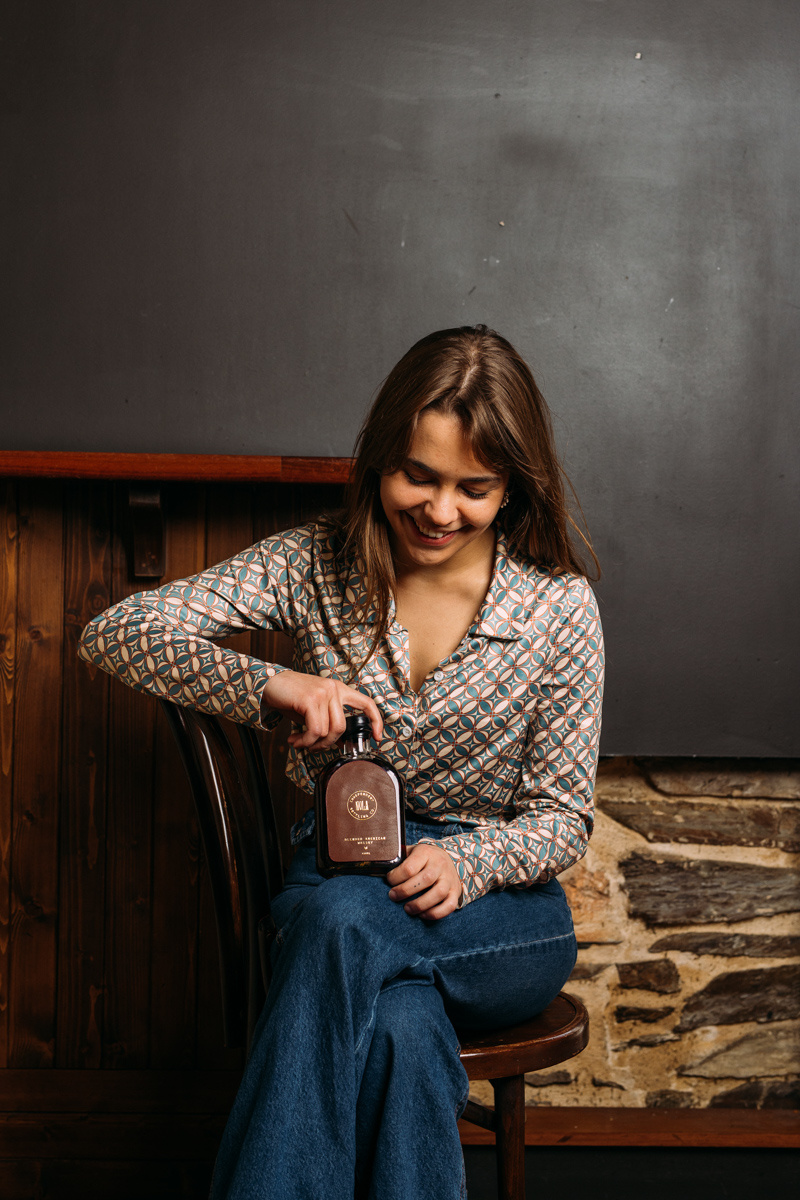 She used a beige saddle leather, custom embossing and saddle stitching for her American whiskey label.

“I wanted to lean a little bit on the American nostalgic aesthetic,” she says.

“It’s a little cowboy in everything, while the gold foliage and bold purple border paint I used are a subtle nod to the New Orleans vibe.”

Dave says he was also inspired for his label by the energy of New Orleans nightlife.

“For mine, I did a sort of abstract and painted swirl and put some stars in there, which I actually took from an old store or house in New Orleans that had this wild paint, and those stars were part of the decor on the front of the building.” , says the artist.

“I really wanted it to demonstrate this party vibe, high energy movement.” 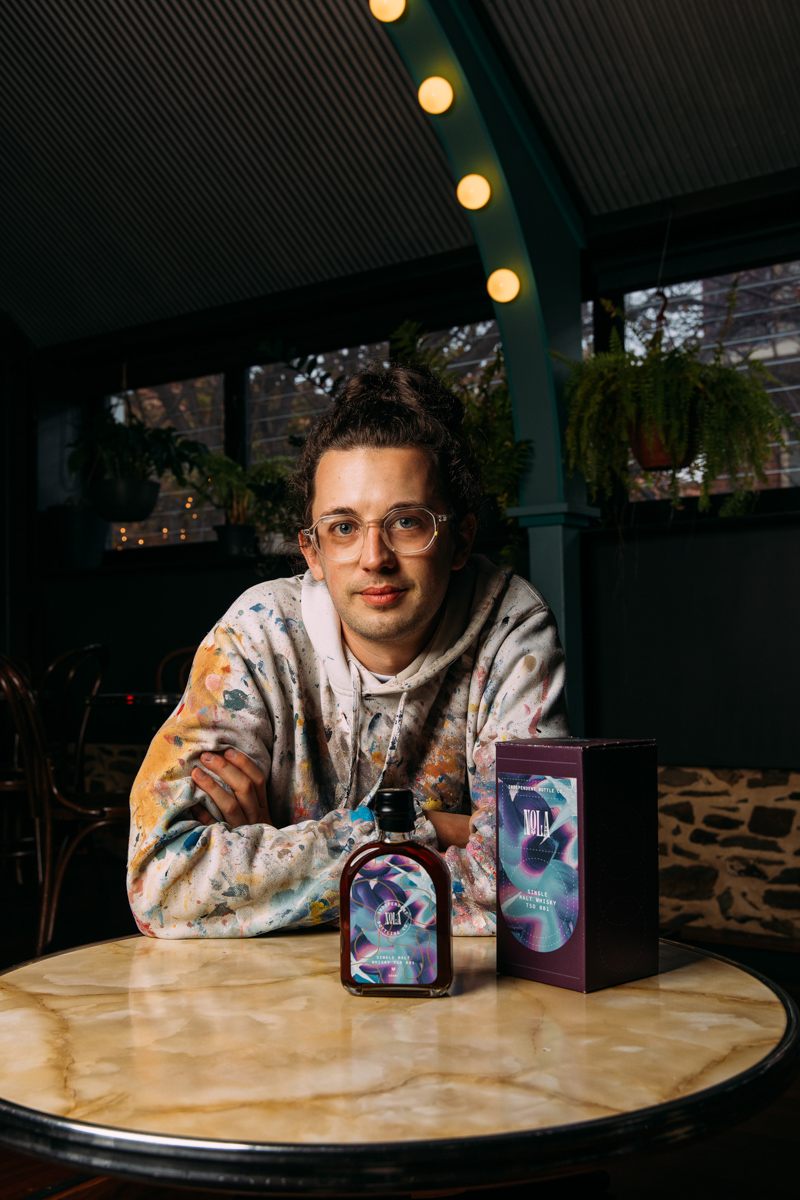 Oliver says it was important to have a different artist represent each whiskey, as each bottle was unique.

“For us, whiskey is art and we see each bottle as something completely unique,” ​​he says.

“No bottle is the same, no barrel is the same, and for us, using local artists and a different expression on the front was kind of in line with how we see whiskey as something very individual.”