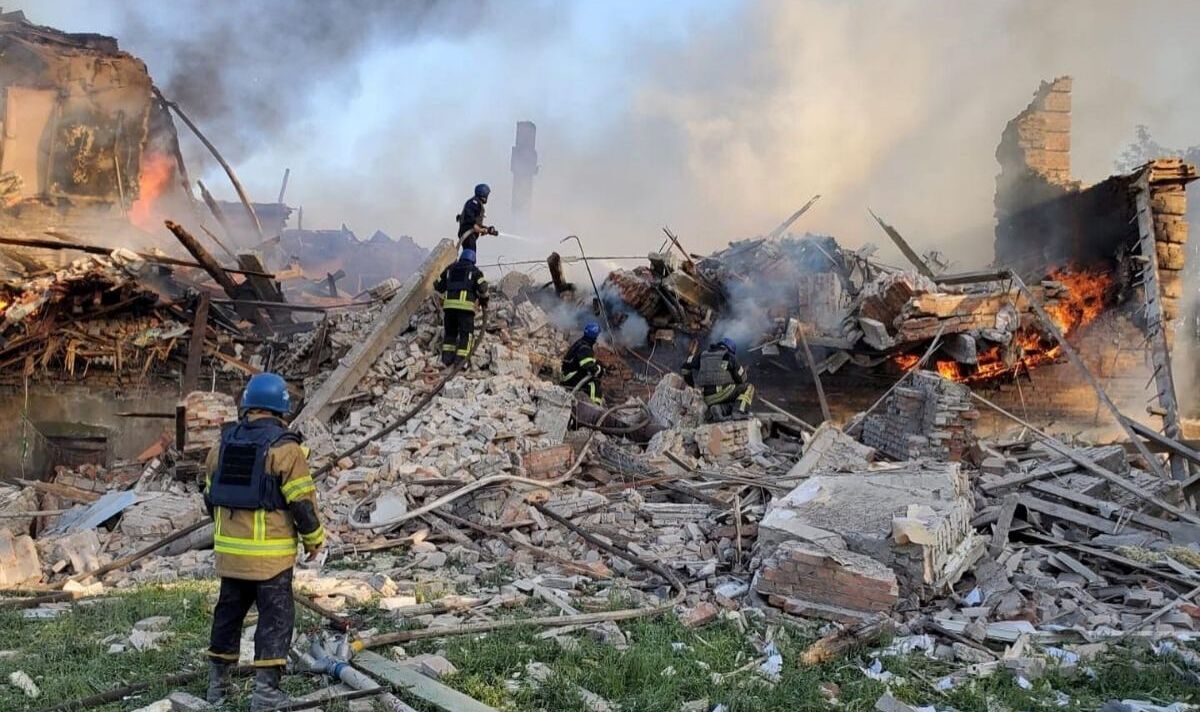 The governor of the Luhansk region, Serhiy Gaidai, had previously stated that around 90 people were sheltering at the school in Bilohorivka. He said that after the Russian bomb hit him on Saturday, setting him on fire, there was “almost no hope” for the survivors. The region has been the scene of fierce fighting between Ukrainian troops and Russian separatists, now reinforced by Kremlin troops.

Gaidai said via Telegram of the bombed school: “There is almost no hope that anyone has survived. The aerial bomb exploded in the middle (of the building).

“At the school, there were approximately 90 people, 27 were rescued.

“About 60 people were probably killed.”

He said almost the entire village was sheltered in the school’s basement, adding that it took firefighters three hours to put out the fire.

The final death toll will only become clear when the rubble is removed, the governor said.

He said Russia was fighting side by side with them and compared their war effort to the war against Nazi Germany, reinforcing the line of propaganda with which he tried to justify invading Ukraine.

He said in a Kremlin press release: “Victory will be ours.”

Captain Sviatoslav Palamar, deputy commander of the Azov regiment at the Azovstal steelworks in Mariupol, called on the international community to help evacuate wounded soldiers.

Captain Palamar said: “We will continue to fight as long as we are alive to repel the Russian occupiers.”

Lieutenant Illia Samoilenko, also from the Azov battalion in Mariupol, added: “Surrender for us is unacceptable because we cannot give such a big gift to the enemy.

“We are basically dead men. Most of us know this. That’s why we fight so fearlessly.”

Today, more than 170 civilians have been evacuated from the Mariupol area, bringing the total to about 600 with safe passage, according to the United Nations.

Mariupol is central to Moscow’s efforts to connect the Crimean Peninsula, taken by Russia in 2014, and parts of the eastern regions of Luhansk and Donetsk, which have been controlled by Russian-backed separatists since then.

Sanctions against Russia continue to escalate, with the G7 – including Joe Biden and Boris Johnson – vowing today to further isolate Russia economically.