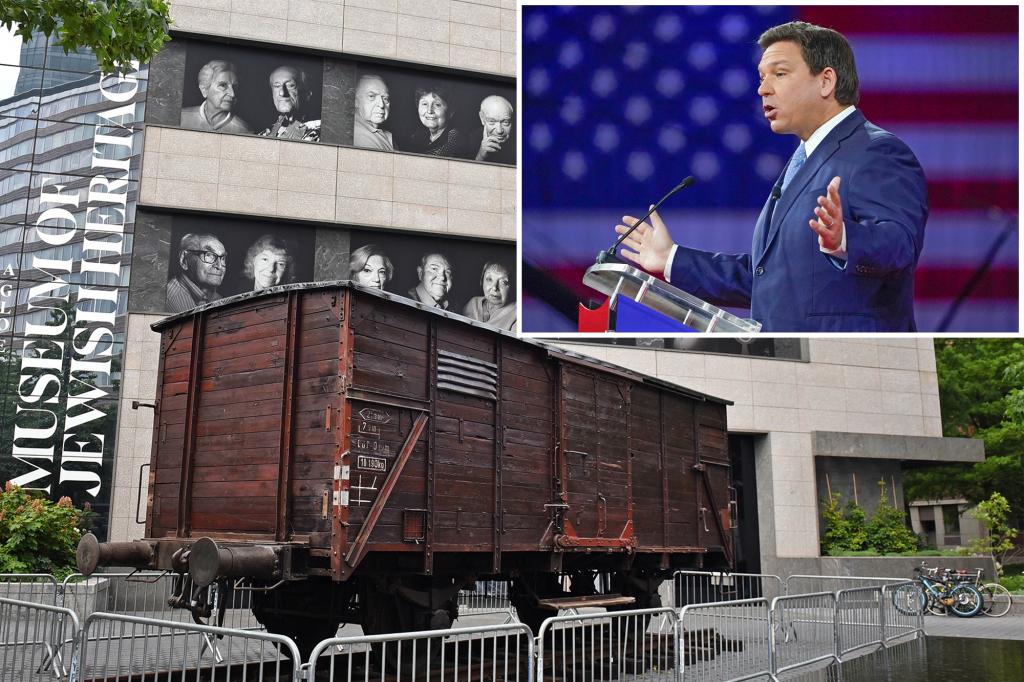 History shows us that forced ideological conformity never ends well for Jews, yet liberal Jewish institutions keep wanting to give it another go.

In a Wall Street Journal article, Elliott Abrams and Eric Cohen, respectively president and CEO of Tikvah and co-chairs of the Jewish Leadership Conference, reveal that the Manhattan Museum of Jewish Heritage canceled a planned JLC event because Florida Governor Ron DeSantis was a guest speaker.

Write Abrams and Cohen: “We were working closely with the museum on the details of the June 12 event – ​​until, out of the blue, we were informed by museum staff that Mr. DeSantis did not ‘align with the museum’s values ​​and its message of inclusion.’ Either we uninvited the governor, they said, or our event was unwelcome.”

The museum cautiously backed off. On his Twitter account, he said it wasn’t a “free speech or censorship issue” but “simply a contractual and logistical decision”, which doesn’t actually contradict what Abrams and Cohen are claiming.

Yes, the museum made the “contractual and logistical decision” to deny the space rental to Tikvah, an organization that has hosted many events at the museum, because DeSantis would be a speaker. It’s not a “free speech or censorship issue” as that implies the government is interrupting speech, and that’s clearly not happening here.

Thinking it’s smarter than everyone else, the museum added a carefully worded tweet saying, “We welcome Governor DeSantis and elected officials from across the spectrum to visit the Museum of Jewish Heritage – A Living Holocaust Memorial for a tour of our new exhibition, The Holocaust: What Hate Can Do, when it launches this summer.”

So it won’t lock the door if DeSantis buys a ticket for a tour, but no one is welcome to greet the governor for an event at the museum. I understood.

Abrams and Cohen write that they chose DeSantis because “a remarkable Jewish revival is underway in Florida.”

That’s it. Our family is part of this rebirth. We moved from New York to Florida in January, largely because of the governor’s leadership. COVID policies were at the forefront of our decision, but DeSantis’s fight against absurdity in schools and putting parental rights at the top of his agenda were also positives.

And our governor takes the safety of Jews in his state very seriously.

In 2019, I wrote in these pages over and over again that Jews were being assaulted in New York and our elected officials barely mentioned it. Then-Mayor Bill de Blasio continued to blame imaginary Donald Trump supporters, who apparently exist in far greater numbers in New York City than anyone has ever known. So-Gov. Andrew Cuomo also offered lip service after each attack. Both men, however, enjoyed increasing the rhetoric against Jews when they blamed the Jewish community for the spread of COVID in 2020.

But my governor just doesn’t play when it comes to the safety of Jews in his state. Last June, legislation allocating millions of dollars in funding to various Holocaust memorials included, he noted, “$4 million in security funding for Florida’s Jewish schools, including funding for job security for the first time.”

Meanwhile, the museum allowed a 2018 event with Congresswoman Alexandria Ocasio-Cortez about a month after she was forced to reduce her support for a two-state solution in Israel, as leftist thinking does not allow for Israel to exist. . He does what “align with the values ​​of the museum”? Is this the ideology that we should all be forced to adhere to before renting a space in the museum?

When a Jewish museum bars DeSantis for having the wrong views, they bar me and so many other Jews, conservative or not, too. We know that if he’s not welcome, we’re not welcome either.

“What Hate Can Do” is tearing Americans apart. Anyone still funding the Museum of Jewish Heritage should think hard about whether this is something worth supporting.