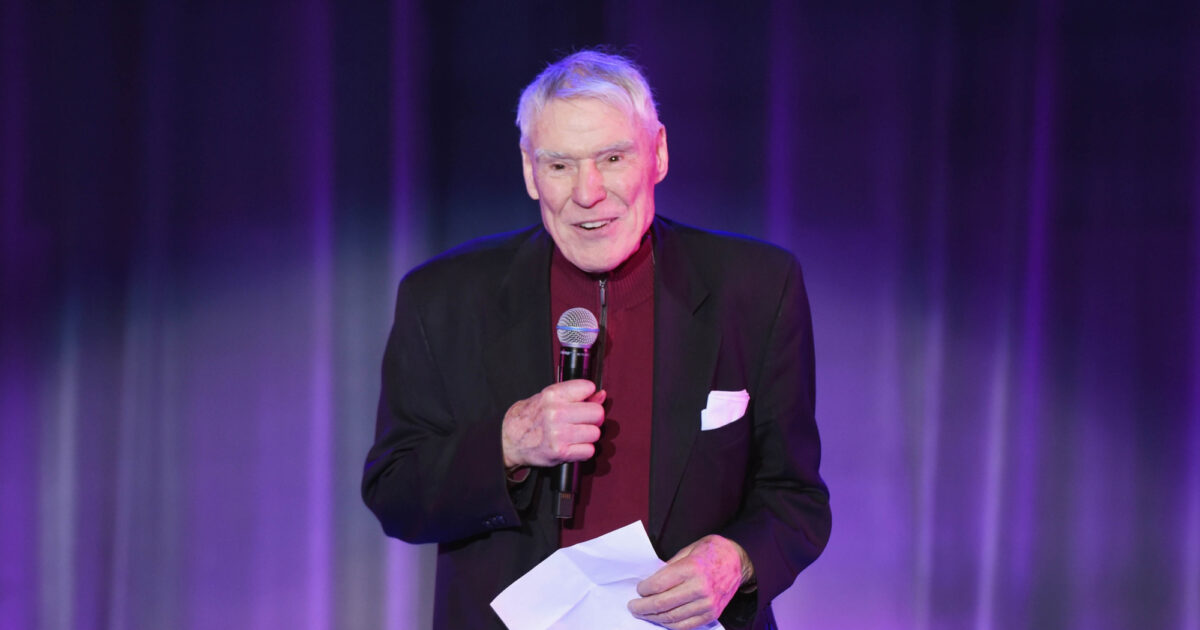 A street in New York City has been renamed in honor of Jacques d’Amboise, legendary dancer and founder of the arts education organization National Dance Institute (NDI).

The northwest corner of West 64th Street and Columbus Avenue, opposite New York’s Lincoln Center, now bears the name Jacques d’Amboise Place. The dedication ceremony took place next to the New York City Ballet, where Mr. d’Amboise called it home for 35 years. Mr. d’Amboise passed away last year at the age of 86.

The New York City Council Parks and Recreation Committee unanimously voted to name the street after Jacques d’Amboise after more than 100 signatures from students, parents, organizations, educators, actors, artists, dancers and producers whose lives were inspired by Mr. d’Amboise. The NDI children paid tribute to Mr. d’Amboise with two performances, “When the Saints Go Marching In” and “Dancing in the Street”.

“Jacques d’Amboise leaves a wonderful legacy that inspires artists to continue Manhattan’s prominence as a global center for music, dance, theater and the visual arts. Jacques understood the transformative power, emotion and joy of dance, and the National Dance Institute has grown – indeed by leaps and bounds – to reach more than two million children from Harlem to countries around the world,” said Gale A. Brewer, board member. “Jacques’ legacy – and this street co-naming – inspires us to continue working together to ensure that every child in this city can access quality arts programming,” she added.

Mr. d’Amboise began his career as a dancer for the New York City Ballet under the tutelage of George Balanchine. Although he went on to choreograph for NYCB, he entered the theater, performing on Broadway. cinnamon alley and dancing in the movies Seven Brides for Seven Brothers and Carousel. In 1976, Mr. d’Amboise founded the National Dance Institute. The program serves more than 6,000 students a week, mostly from low-income families, free of charge.

The Familia d’Amboise requests that all donations in memory of Mr. d’Amboise to be made to NDI. The Jacques d’Amboise Legacy Fund was established to support artistic endeavors that honor its vision, creativity and commitment to arts education. Donations can be made at NationalDance.org.

The street naming is the first of three events in May and June that will honor his life and work. The Historic Landmarks Preservation Center will install a Cultural Medallion to honor Jacques d’Amboise at the site of his former residence at 2601 Frederick Douglass Boulevard in the Harlem neighborhood of Manhattan.

The third commemorative event, The Memorial Celebration of the Life of Jacques d’Amboise, will be held at the New York City Center on June 1 at 7pm. The star-studded celebration will include performances and commentary by many of his contemporaries, New York City’s leading dancers, children of the National Dance Institute, musical theater actors and actresses, and family members. Those who will pay tribute to Mr. d’Amboise will include his children Christopher and Charlotte d’Amboise, Vicki Reiss, Daniel Ulbricht, Liz Larsen and Sal Viviano, Brian Stokes Mitchell, Tiler Peck and Roman Mejia, Chita Rivera and many more. Tickets for the memorial celebration can be purchased at NationalDance.org, beginning May 12.