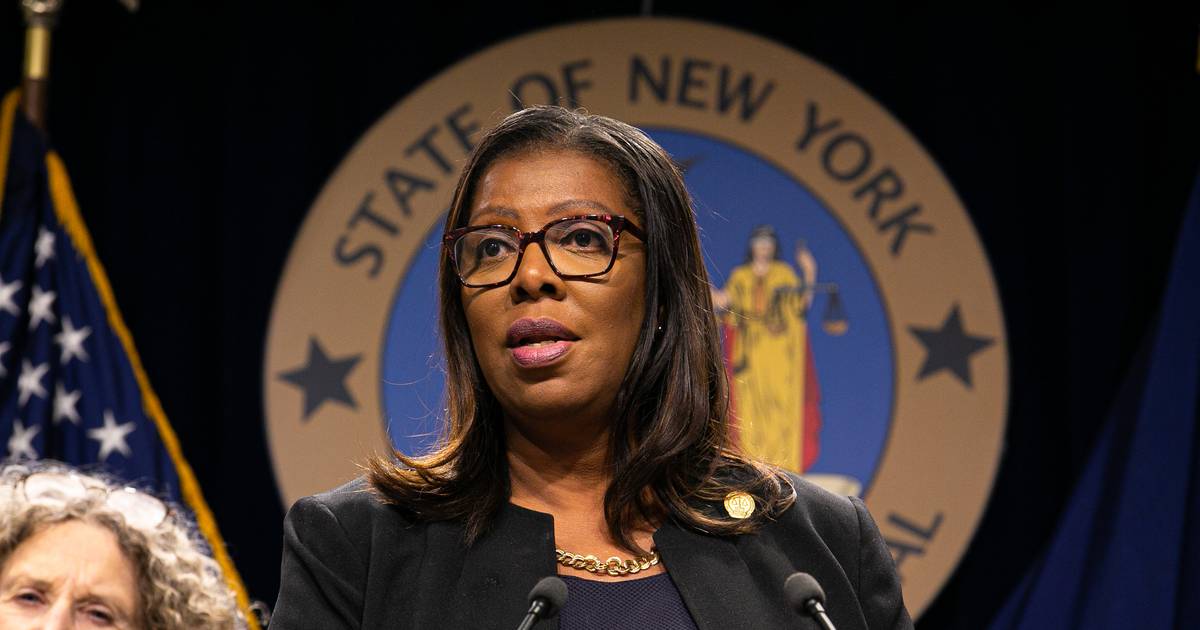 New York State Attorney General Letitia James sued three school bus companies on Thursday for allowing their vehicles to idle longer than city and state laws allow — and suggested similar legal battles may be at work. soon on the horizon.

The lawsuit, filed in Brooklyn Supreme Court, names Jofaz Transportation, 3rd Avenue Transit and Y&M Transit as defendants and accuses them of leaving their buses parked on hundreds of occasions for longer than the statutory five-minute time limit. by state law and three minutes under New York City law.

All three companies are managed by Joseph Fazzia and share their headquarters in a Red Hook office. Each company has separate contracts with the Municipal Department of Education to transport students from public schools.

“They didn’t care about the health and safety of this community and others like it,” James said during a press conference outside K-140 Public School in Bedford Stuyvesant. “The scope of harm caused by companies is substantial, it is pervasive and it is persistent.”

James is asking companies to pay civil fines, but the lawsuit does not specify an exact dollar amount.

The city and state anti-inactivity laws, which James cites in the lawsuit, were put in place in an effort to combat climate change, as well as the asthma and other respiratory disorders that are prevalent in New York City, especially in black people. , pardos and poor neighborhoods.

Fines for breaking the law can range from $500 to $18,000. New York City law prohibits inactivity for more than one minute when the vehicle in question is parked near a school.

According to James’ suit, data collected from “fleet management devices” installed on the three companies’ buses shows that they were left idle “repeatedly and persistently” during the period from September to December 2019. significant amount” of illicit idling took place at three bus yards in Brooklyn – one in Red Hook, one in Brownsville and a third in Mill Basin.

“According to the EPA, this neighborhood around this school is in the 92nd percentile in the country – in the country – for levels of hazardous particulate emissions from car emissions,” she said. “Children with asthma have an economic impact on every family in this neighborhood. Parents have to take off, take their kids to the emergency room. Parents need to receive all kinds of treatment for children who, unfortunately, cannot breathe clean air.”

James alleges in his lawsuit that while Jofaz’s general manager had access to the same “fleet management” data cited in the suit, he testified that neither he nor anyone else at the company bothered to look at it.

Fazzia did not return a call from the Daily News. The Municipal Secretary of Education also did not respond.

James predicted on Thursday that more lawsuits against bus and truck operators could be on the way.

“This is just litigation. We have a series of investigations,” she said. “So please stay tuned.”