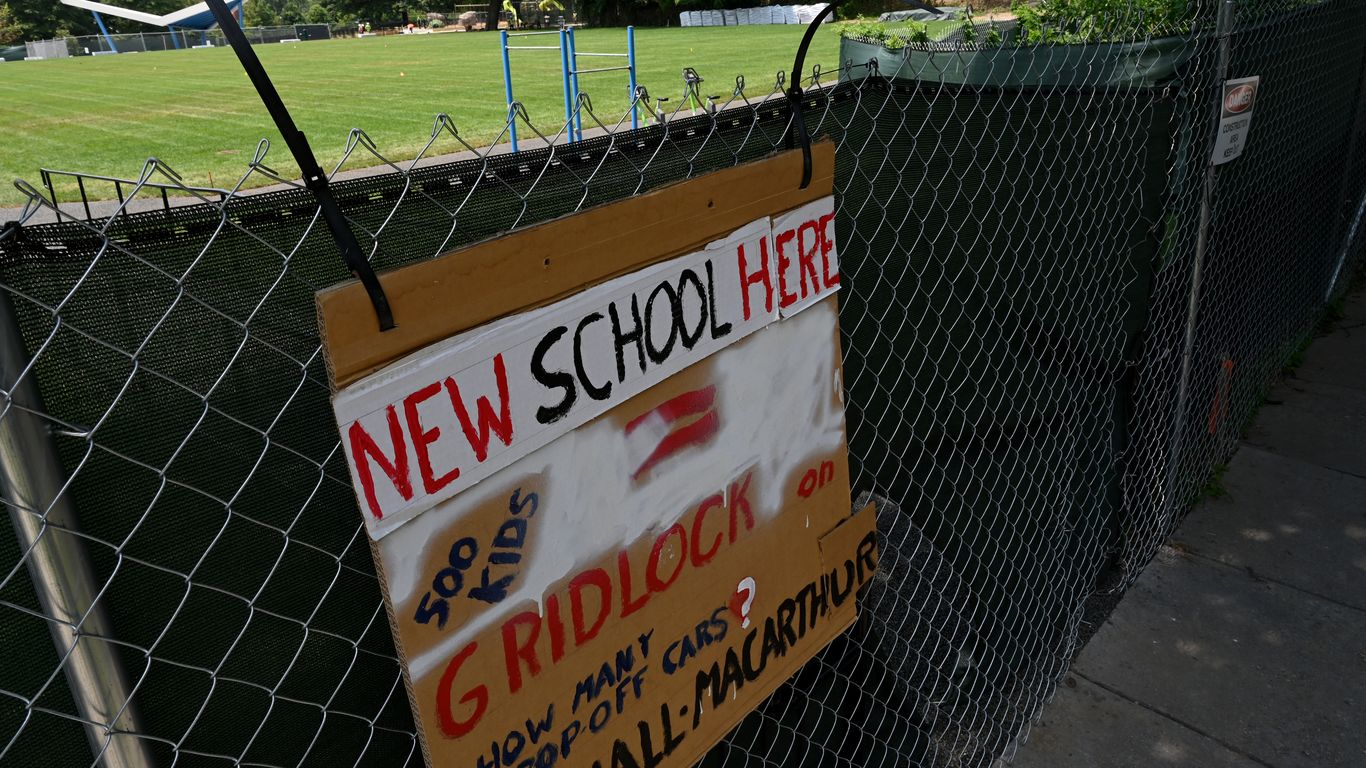 What’s up: This year, the city approved a plan to place a 1,000-student high school on MacArthur Boulevard in Palisades and a new 550-student elementary school in nearby Foxhall.

But a sudden change in the race for Cheh’s seat and a NIMBYish-toned clamor from the neighbors toppled the plans, as the remaining three main candidates want to rethink the city’s proposals – and likely veto a Foxhall school.

Why does it matter: So many families in the district have settled in Ward 3 — precisely because of the reputation of its schools — that the ward needs at least four new public schools, according to a 2019 report often cited by parents. Changes in plans for more schools would also have repercussions beyond Ward 3, where many families in the city send their children.

Details: Ward 3 candidate Matt Frumin prefers a smaller high school in MacArthur with fewer off-limits children and says, “We should consider all other possible solutions” ahead of Foxhall.

More Zoom: Authorities expect half of MacArthur High School – 500 students – to relocate from across the city. Critics across the city question the wisdom of sending students on long commutes in a traffic wasteland. Neighborhood opponents have a much more prosaic beef: traffic nightmares.

The other side: Council member Cheh criticizes the three candidates for compromising badly needed progress.

Between the lines: For families in parts of the District without high-performing schools, NIMBYism can seem like a luxury. After all, many Palisades residents and their wealthy neighbors send their children to private schools.

But there are progressive leaders across the city who are also opposed., believing that the solution is to improve schools in needy communities. Ruth Wattenberg, Ward 3’s board of education representative, supports about 750 places at MacArthur and says other students in the city “would be well served at a quality neighborhood school” of their own.

But a smaller school would also offer fewer places for students outside ward 3, reducing the diversity of its prospective student body.

At Jackson-Reed High School, Burleith Neighborhood Commissioner Kishan Putta says, “All the parents I’ve talked to say it got really crowded, but one of the best things is the diversity.” DCPS statistics show that 38% of its students are white, 30% are black, and 23% are Hispanic.

What is the next: The new DC Board will determine the future of schools. Mayor Bowser defended the current plans in an interview after voting Thursday for Brookland, but acknowledged the changes seem likely due to candidates running to succeed Cheh.