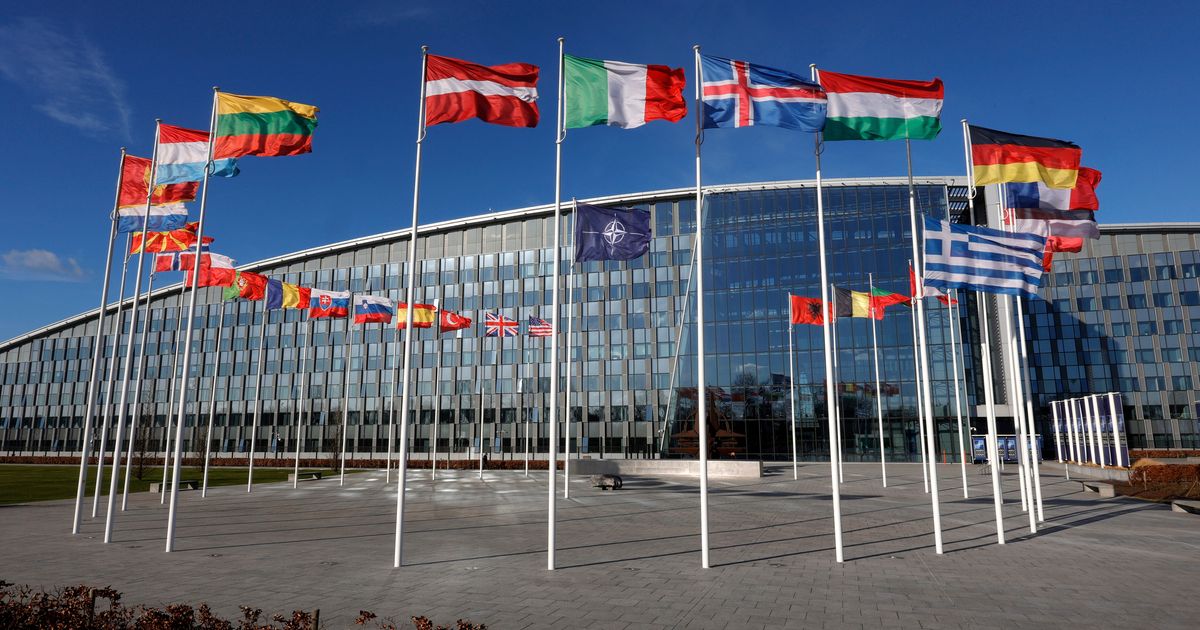 BERLIN (AP) – With Finland and Sweden taking steps to join NATO, the list of “neutral” countries in Europe looks set to dwindle.

Like the two Nordic countries, other nations joined the European Union on its promise of economic and political unity without taking sides in the East-West divide that lasted beyond the end of the Cold War.

But security concerns over Russia’s invasion of Ukraine have shifted the calculus to Finland and Sweden, which have long championed neutrality and caused other traditionally “neutral” countries to rethink what that term really means to them. Finland has said it will decide on NATO membership in the coming days, while Sweden may follow suit as public opinion in both Nordic countries has risen in favor of membership.

While EU members are committed to defending each other in the event of external attack, the promise has largely remained on paper, as NATO’s might overshadows the bloc’s own notions of collective defense.

However, Turkey could still throw cold water on the NATO ambitions of both Finland and Sweden. Recep Tayyip Erdogan, chairman of the NATO member, said his country “does not have a favorable opinion” on the idea because of the Nordic country’s alleged support for Kurdish militants and others that Turkey considers terrorists.

“This is the key to neutrality: it means different things to different people,” said historian Samuel Kruizinga of the University of Amsterdam.

Here’s a look at some countries that have enshrined “neutrality” in their laws or generally considered themselves neutral in the confrontation between the United States and Russia and their respective affiliates. Austria, Ireland, Cyprus and Malta are EU members that have not joined NATO, and Switzerland has been left out of both.

Arguably the most renowned neutral country in Europe, Switzerland enshrined neutrality in its constitution and Swiss voters decided decades ago to stay out of the EU. But his government has struggled in recent weeks to explain its concept of neutrality after lining up behind EU sanctions against Russia – and Swiss neutrality is analyzed almost daily in local media these days.

There is little chance that Switzerland will stray further from its neutrality: its government has already asked Germany not to transfer Swiss military equipment to Ukraine.

The right-wing populist party that holds the biggest bloc of seats in parliament has been hesitant about further measures against Russia, and the Swiss are fiercely protective of its role as a mediator for rival states and as a center for humanitarian action and human rights. Neutrality helps to enhance that reputation.

Austria’s neutrality is a key component of its modern democracy: as a condition of Allied forces leaving the country and its ability to regain independence in 1955, Austria declared itself militarily neutral.

Since the beginning of Russia’s war in Ukraine, Chancellor Karl Nehammer has struck a good balance with regard to Austria’s position. He maintained that the country has no plans to change its security status, while declaring that military neutrality does not necessarily mean moral neutrality – and that Austria strongly condemns Russia’s actions in Ukraine.

Ireland’s neutrality has been a gray area. Prime Minister Micheal Martin summed up the country’s position earlier this year as: “We are not politically neutral, but we are military neutral.”

The war in Ukraine has reopened the debate over what Irish neutrality means. Ireland imposed sanctions on Russia and sent non-lethal aid to Ukraine in response to the invasion.

Ireland has participated in EU battle groups – part of the bloc’s efforts to harmonize its armed forces.

Kruizinga, who contributed to the Cambridge History of the First World War on neutrality, suggested that the more similar EU and NATO members are, the better it will be for the bloc to “picture itself as a geopolitical power”.

Malta’s constitution says the tiny Mediterranean island is officially neutral, following a policy of “non-alignment and refusing to participate in any military alliance”. A survey commissioned by the Ministry of Foreign Affairs published two weeks before Russia’s invasion found that the vast majority of respondents supported neutrality – and only 6% were against it.

The Times of Malta newspaper on Wednesday reported that Higgins of Ireland, during a state visit, stressed the idea of ​​”positive” neutrality and joined Maltese President George Vella in condemning the war in Ukraine.

Cyprus’ relations with the United States have grown considerably in the last decade, but any idea of ​​NATO membership remains out of the question – at least for now.

The ethnically divided island nation’s president said on Saturday that “it is too early” to even contemplate such a move that would invariably face stiff opposition from rival Turkey.

Many Cypriots – particularly those on the political left – continue to blame NATO for the de facto division of the island after Turkish forces invaded in the mid-1970s. Turkey was a member of NATO at the time – and the alliance did nothing to stop it. the military action.

Britain, a NATO member, has two sovereign military bases in Cyprus that house a sophisticated listening post on the east coast, co-operated by US officials.

Cyprus also wants to maintain a veneer of neutrality and has allowed Russian warships to resupply in Cypriot ports, although that privilege was suspended after the start of the war in Ukraine.

Menelaos Hadjicostis in Nicosia, Cyprus; Jill Lawless in London; Emily Schultheis in Vienna; and Frances D’Emilio in Rome contributed to this report.