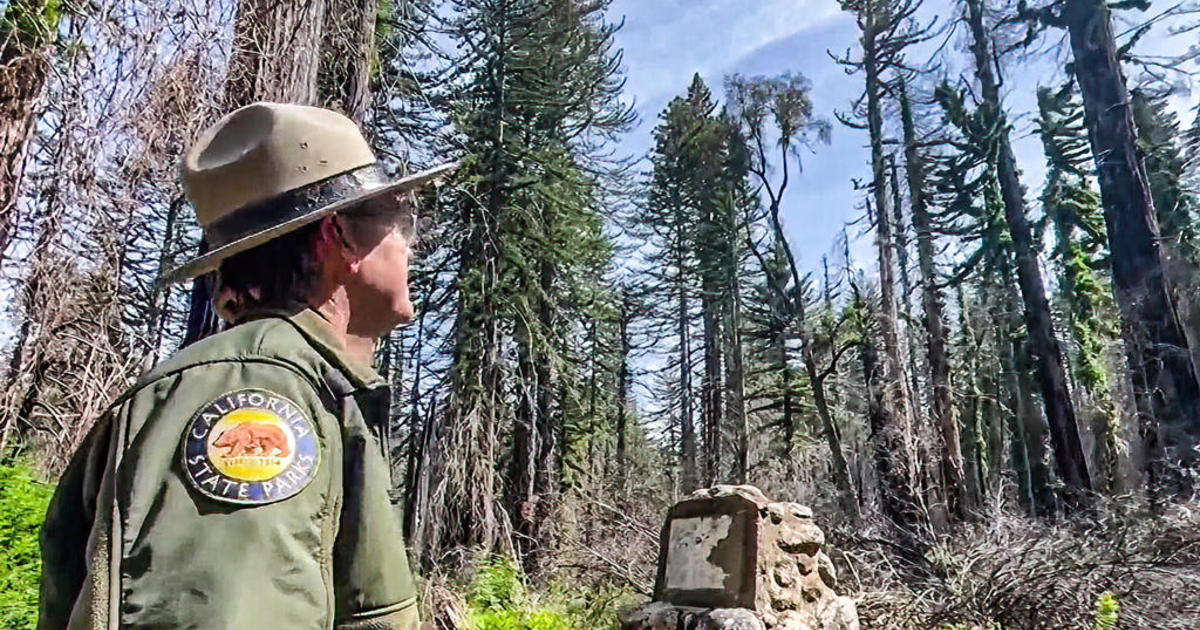 BOULDER CREEK (KPIX) — California’s oldest state park has reached a milestone in its reconstruction and recovery from a devastating fire that destroyed nearly all of its historic buildings and facilities, closing the park for nearly two years.

Big Basin Redwoods State Park is set to reopen sometime after the 4th of July weekend, for day use only, with limited parking.

Only 18 miles of fire roads will be open, with smaller walking circuits added over time.

The reopening marks a two-pronged effort to expedite immediate public access to the park, while simultaneously working to develop a long-term plan.

Thursday, the park service released the results of months of meetings with hundreds of members of the public. Titled “Reimagining Big Basin”, it contains a summary of the state’s goals and vision. In the 21 months since the CZU fire began, the park service has removed 27,000 “dangerous trees”, cleared debris from destroyed buildings and ground wood from fallen trees for use in future construction projects.

Most of the trees that died in the fire were not redwoods. The vast majority of ancient sequoias – 97% – survived the intense heat and flames. Many of the redwoods that had turned blackened began to sprout bright green, feather-soft shoots at their bases and up and down the trunks where the branches had been burned.

The Mother of the Forest and the Father of the Forest, two of the park’s most popular trees, also began to sprout buds, much to the relief of experts who questioned whether the heat had penetrated the sequoia’s defenses and damaged the core.

“They’re here, they’re alive. They’re vertical and there were doubts about that from the start,” said Chris Spohrer, Santa Cruz District Superintendent for California State Parks.

The high flames from the CZU Fire also destroyed much of the canopy that shaded the forest floor. More sunlight is now reaching the understory and as a result wildflowers, grasses and shrubs are blooming.

“This fire is a great reminder that we have very little control over these things,” said Sara Barth, executive director of Sempervirens.

Upon reopening, visitors will only have access to 70 parking spaces that will be managed by a fee-based online reservation system. The city of Santa Cruz will begin offering new bus services on weekends, running multiple routes on Saturdays and Sundays. Visitors arriving by bus will not be charged for entry.

Some of the highlights of the long-term plans include moving services and amenities away from old-growth core areas in order to minimize the impact on the ecosystem. Park services such as the visitor center will be relocated five kilometers away on Saddle Mountain, near the park boundary. Campgrounds will be relocated and consolidated away from the old trees at Lower Sky Meadow and Little Basin Campgrounds.

Spohrer said the new campgrounds will feature a variety of offerings, from pristine locations to cabins with more amenities.

“It’s different, you know? Whether or not it’s so good, it’s definitely going to be different and so we’re going to strive to create the kind of experience that people remember,” Spohrer said. “You still provide an opportunity for people to experience old growth through hiking trails, but we’re moving those impacts away and putting them here, where they will have less impact in this more open terrain and younger forest.”

Tribal nations and cultural practitioners will also be consulted during program formation, design and management to include indigenous perspectives and make the park more welcoming.

“The old park was beautiful and I have a lot of reverence for its old world charm, but the truth is it was extremely outdated. It was based on our understanding of redwoods and other people’s recreational interests from 100 years ago. And the O The world has changed dramatically since then and so this is an opportunity to really remake the park in a way that meets today’s needs and today’s understanding of what forests need,” said Barth.

In June, rangers will release more details about the upcoming reopening.

Kiet Do is a general assignment reporter and joined KPIX 5 in January 2008, and is proud to be back at home covering South Bay for the 10 pm and 11 pm news.