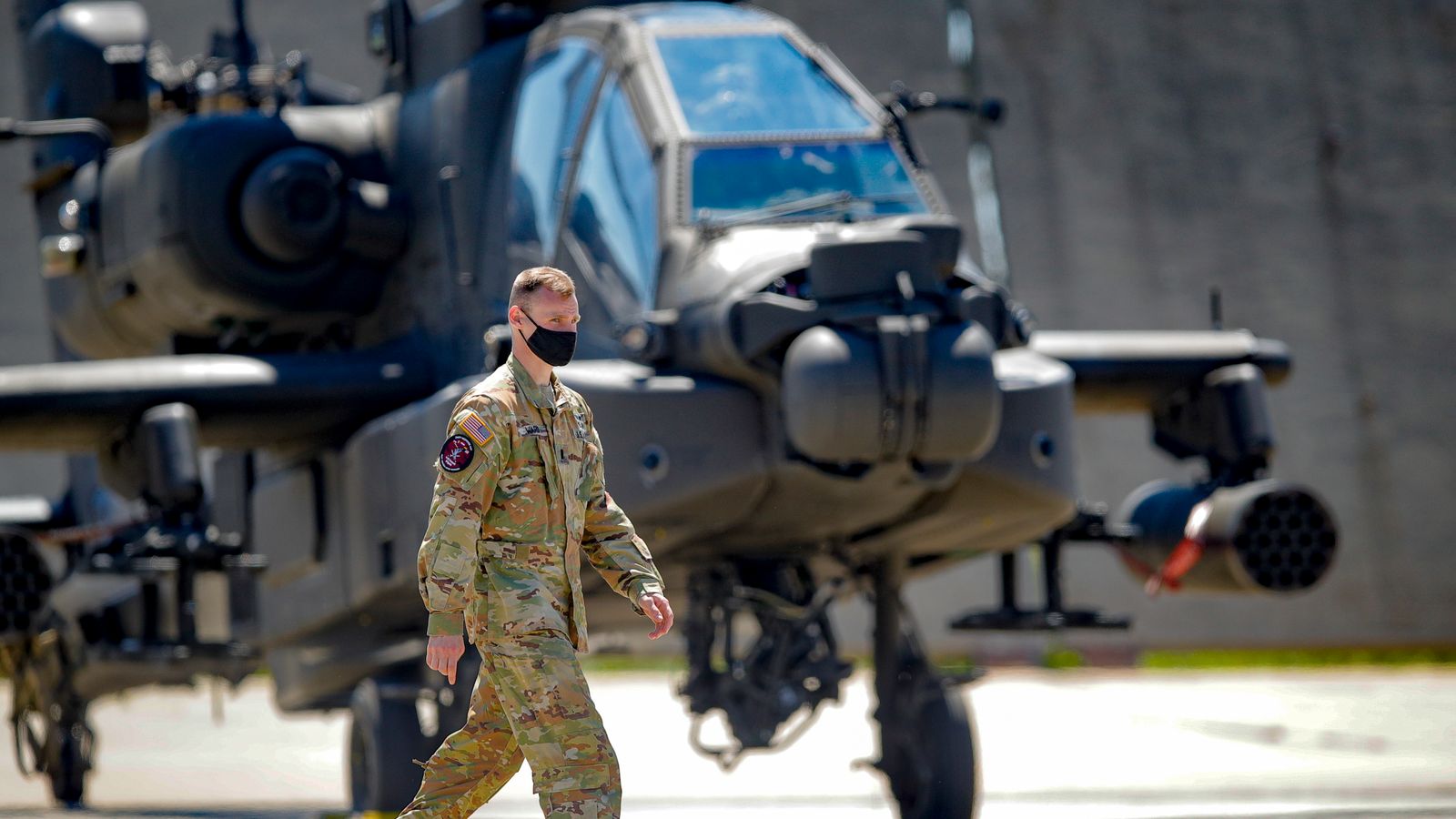 NATO looks set to agree next week to the biggest overhaul of its defenses since the Cold War, including a major expansion of a force of 40,000 on standby to respond to a crisis.

The Russian invasion of Ukraine – which is not in NATO — triggered a fundamental rethinking of how the alliance prevents President Vladimir Putin from attacking any of its 30 member states, according to interviews and briefings with half a dozen military officials and diplomats.

Long-standing defense plans that hadn’t received much traction before February 24 – the day Moscow launched its all-out assault on Kyiv – are starting to come true as leaders gather for a historic summit in Spain in June 28th to 30th.

“Overnight the mindset changed,” said a NATO military official. “NATO now looks electrified. You can feel the energy rising through the system.”

One diplomat predicted that the Madrid summit will provide – or at least agree on the framework to deliver – “a radical shift in posture”.

There is disappointment, however, that the desire of historically neutral Sweden and Finland to join the alliance – in the ultimate contempt for Putin and victory for the allies – has not yet been activated because of Turkey’s concerns. Ankara has accused Stockholm of harboring Kurdish militants. The United Kingdom is one of the allies trying to resolve the conflict in time for Madrid.

Among the steps that should receive the green light are:

• An expansion and rebranding of the 40,000-strong NATO Response Force, possibly up to six times, according to two military sources. But a NATO source said several formulas were being discussed and the final increase was likely to be smaller.

• An increase in the size of a mission to stop Russia from attacking NATO’s eastern and southeastern flanks, with thousands of troops added, although many must be based in their home country and only advance if necessary.

• The designation of Russia as the “most significant and direct threat” to security.

Jens Stoltenberg, NATO secretary general, said the meeting of heads of state and government in the Spanish capital will be a “transformative summit because we are at a crucial moment for our security”.

Evidence of the horror unleashed by Russian forces in places like the Ukrainian city of Bucha appears to have hardened the resolve of all member states to agree to strengthen their defenses in a way that would have been unthinkable even a year ago.

A NATO defense minister reportedly told his colleagues at a meeting at the alliance’s headquarters in Brussels last week that a Bucha-style atrocity cannot happen on NATO soil.

This new appreciation of the threat is changing NATO policy on how to stop it.

Allies seem ready to stop relying on the threat of punishment alone being enough to stop President Putin from taking action, for what some call “deterrence by denial.”

Kusti Salm, the Estonian Ministry of Defense’s top civil servant, explained that he would work with larger numbers of troops already on the ground to stop any invasion before it started.

“You are able to put up adequate and sufficient forces and indicate to your potential adversary that the strength overrun is at a level you [the adversary] would lose immediately,” he told a briefing with journalists.

“This message should translate into a loss of their will to invade… Russia can read in it that even if they tried, they would be swept off Earth in the early hours.”

Forces mobilized in a few days

The new thinking requires NATO allies to have even more combat-capable soldiers, sailors, marines and aircrew ready to move in varying degrees of readiness. This can range from two days in advance to mobilize to six months.

The NATO Response Force, or NRF, already provides US General Tod Walters, Supreme Allied Commander Europe, the alliance’s top military commander, with nearly 40,000 highly-ready military personnel. Its size tripled after the first Russian invasion of Ukraine in 2014, when the Kremlin annexed Crimea and supported separatists in the east.

Under the envisaged new structure, the size of the capability will increase further and the name is expected to change to Allied Reaction Force (ARF).

Every member state, with the exception of Iceland, because it does not have an army, is looking to put more of its own forces into a greater state of readiness.

They may be tasked with a specific area of ​​NATO territory to defend under so-called “regional plans” which are still being worked on and are not expected to be finalized until the end of the year.

“The ARF will be about six times bigger than the NRF – significantly more,” said a military official with knowledge of the thinking. That would mean about 240,000 military personnel.

A NATO source, however, said there was still no decision and that the final number for the increase in high-ready forces would likely be lower.

Also part of NATO’s new plan is a further strengthening of its defenses in eight countries along its eastern and southeastern borders.

Stoltenberg, in a public conversation with the news website Politico, revealed on Tuesday that the allies will agree to “strengthen the battle groups in the east to brigade level”. A battle group comprises around 1,000 soldiers, while a brigade can have between 3,000 and 5,000.

Comments point to a pool of eight missions existing in the three Baltic states, as well as Poland, Romania, Slovakia, Hungary and Romania, growing further.

Allies including the UK, US, Canada and Germany are already contributing forces to battle groups there.

Deploying troops abroad is expensive and, some allies argue, unnecessary to some extent, as NATO will likely have months of notice before Russia launches an invasion, which is what happened in the one year period leading up to the attack. to Ukraine.

The UK, which leads the NATO mission in Estonia, has increased its presence in the country to two battle groups this year.

Ben Wallace, the defense secretary, said it was “highly likely” that a third would be added, turning the force into a small brigade of about 3,000 people, but some of the new troops may be stationed at home.

Germany, which leads the battle group in Lithuania, is also expanding its commitment to a brigade but has said it will have “pre-assigned” troops on standby at home if needed.

On the other hand, the Baltic states, with Russia in their backyard, want more cleats physically on the ground.

They would also like NATO to further strengthen its defenses, such as with an Israel-style “iron dome” air defense capable of blasting Russian missiles into the sky.

Such a move is unlikely to be agreed in the short term, but improved air defenses are under consideration, according to military and diplomatic sources.

Away from the immediate crisis, the allies in Madrid will also unveil what is called a new “strategic concept” – effectively a blueprint for NATO on the threats and challenges it faces. This will include China, climate change, cyber warfare and the evolution of space capabilities.