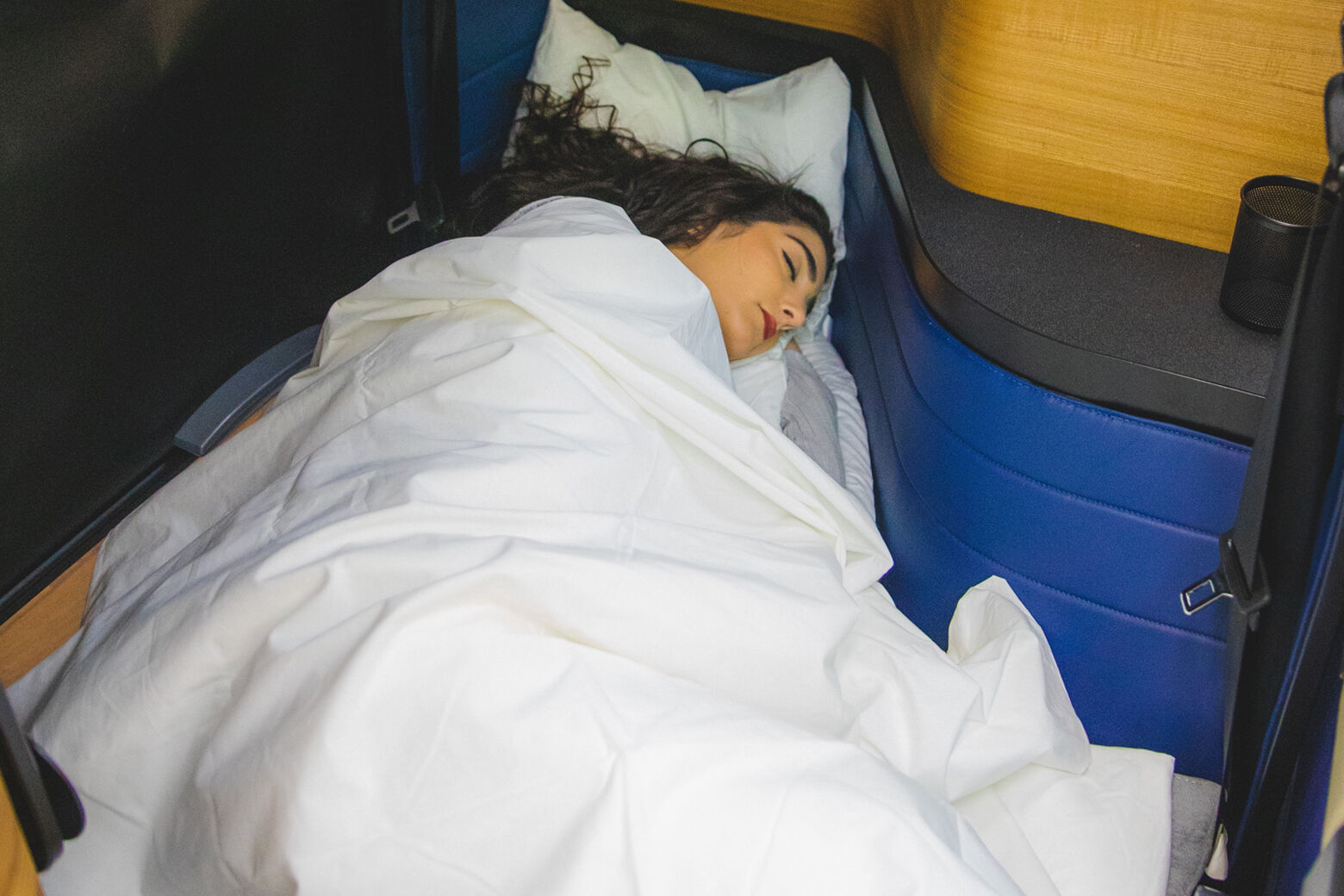 Startup Napaway Coach’s luxury bus service will launch its first route next month, from DC to Nashville. Your bus has beds.

Startup Napaway Coach’s luxury bus service will launch its first route next month, from DC to Nashville. Your bus has beds.

Napaway will begin the nine-and-a-half-hour red-eye service to Nashville on June 17, with tickets starting at $125. Reservations can be made through the day of travel.

Napaway departs DC at 10pm from 131 M St. NE, near NoMa-Gallaudet metro station. The bus arrives in Nashville at 7:30 am

It will initially operate on a Friday-Sunday schedule, with additional days added in the coming months.

The bus has personal “suites” measuring 1.5 meters by 1.3 meters, with 13.2 square meters of space. Each has two seats that can be left upright for office mode. One or both can be laid out to make a 6.5 feet long, 40 inches wide bed, with a memory foam mattress. Suites have privacy screens and two folding tables.

The beds are designed by Butterfly Flexible Seating Solutions, which is also developing beds for the aviation industry.

Napaway will also provide bedding and other overnight amenities.

The DC-to-Nashville route is a first for Napaway, though he hopes to add other routes in the future.

A nine-and-a-half-hour overnight bus ride is considerably longer than a flight from DC to Nashville, but Napaway founder Dan Aronov finds it a less stressful option.

“We’re trying to eliminate all the downtime involved in travel, like spending most of the day in transit for a flight that might only take an hour or two in the air. With Napaway, there is no wasted time, you just board, relax, sleep and arrive at your destination,” said Aronov.

“No airports, no security lines, no one sitting next to you, no stress and no last minute thefts.”

Bus travel from the DC area to New York has been popular for a long time. Napaway is the second bus route outside of New York from DC announced this week.

Intercity travel company OurBus is launching a route from DC to the South Jersey Shore, connecting to five coastal New Jersey cities, for $59 each way.