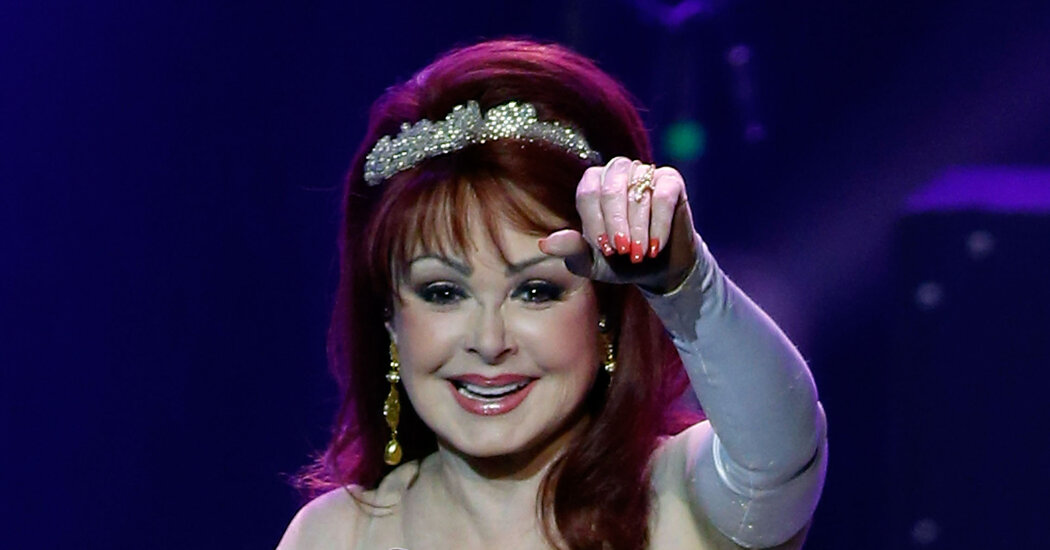 When Naomi Judd, the Grammy-winning country music singer, died last month, her daughter Ashley Judd said she had lost her mother to “the illness of mental illness.” On Thursday, Judd was more candid, saying in a televised interview that her mother had died of a self-inflicted gunshot wound at her home in Tennessee and urging distressed people to seek help.

Judd, an actress, told Diane Sawyer on “Good Morning America” ​​that she was talking about her mother’s death because her family wanted to share the information before it went “public beyond our control.”

“We are aware that while we are grieving the loss of a wife and mother, we are, in a strange way, a public family,” Judd said. “So that’s really the impetus for this moment. Otherwise, it’s obviously too soon. So this is important for us to say right away.”

Naomi Judd and her other daughter, Wynonna Judd, dominated the country music charts in the 1980s as the mother-daughter duo Judds. Naomi Judd, 76, died on April 30, the day before the duo were inducted into the Country Music Hall of Fame.

In the interview on Thursday, Ashley Judd said she was visiting her mother at her home outside Nashville when she died. Mrs. Judd said she went out to greet a friend of her mother’s who had stopped by, and when she went upstairs to tell her mother that the friend had arrived, she found her mother dead.

“The mother used a firearm,” Judd said. “This is information that we feel very uncomfortable sharing, but please understand that we are in a position that if we don’t say it, someone else will.”

“Mom was a brilliant conversationalist, a star, an underrated songwriter,” Judd said. “And she was someone who suffered from mental illness, you know, and she had a lot of trouble getting off the couch, except for going into town every day to the Cheesecake Factory, where all the staff knew and loved her.”

Naomi Judd was born in Ashland, a coal mining town in northeastern Kentucky, and lived in California before moving to Nashville in 1979 as a single mother with two daughters.

Mrs. Judd supported his family by working as a nurse while pursuing a music career with Wynonna. Their break came in 1983, when Judd nursed a patient who was the daughter of an executive at RCA Records. A record deal, nine Country Music Association Awards, five Grammys and 14 number one hits followed.

Ashley Judd said in the interview that her mother was most alive when she was performing.

“She was very isolated in many ways because of the illness,” Judd said. “And yet a lot of people have come to her over the years, not just me.”

Mrs. Judd encouraged people in distress to seek help and cited resources including the national suicide hotline and the National Alliance for Mental Illness, a mental health organization that also has a hotline.

“And so I want to be very careful when we talk about this today,” Judd said, “that for anyone who is having these ideas or these impulses, you know, talk to someone, share, be open, be vulnerable.”

If you are having suicidal thoughts, in the United States, call the National Suicide Prevention Lifeline at 800-273-8255 (TALK) or go to SpeakingOfSuicide.com/resources for a list of additional features. Go on here for resources outside the United States.