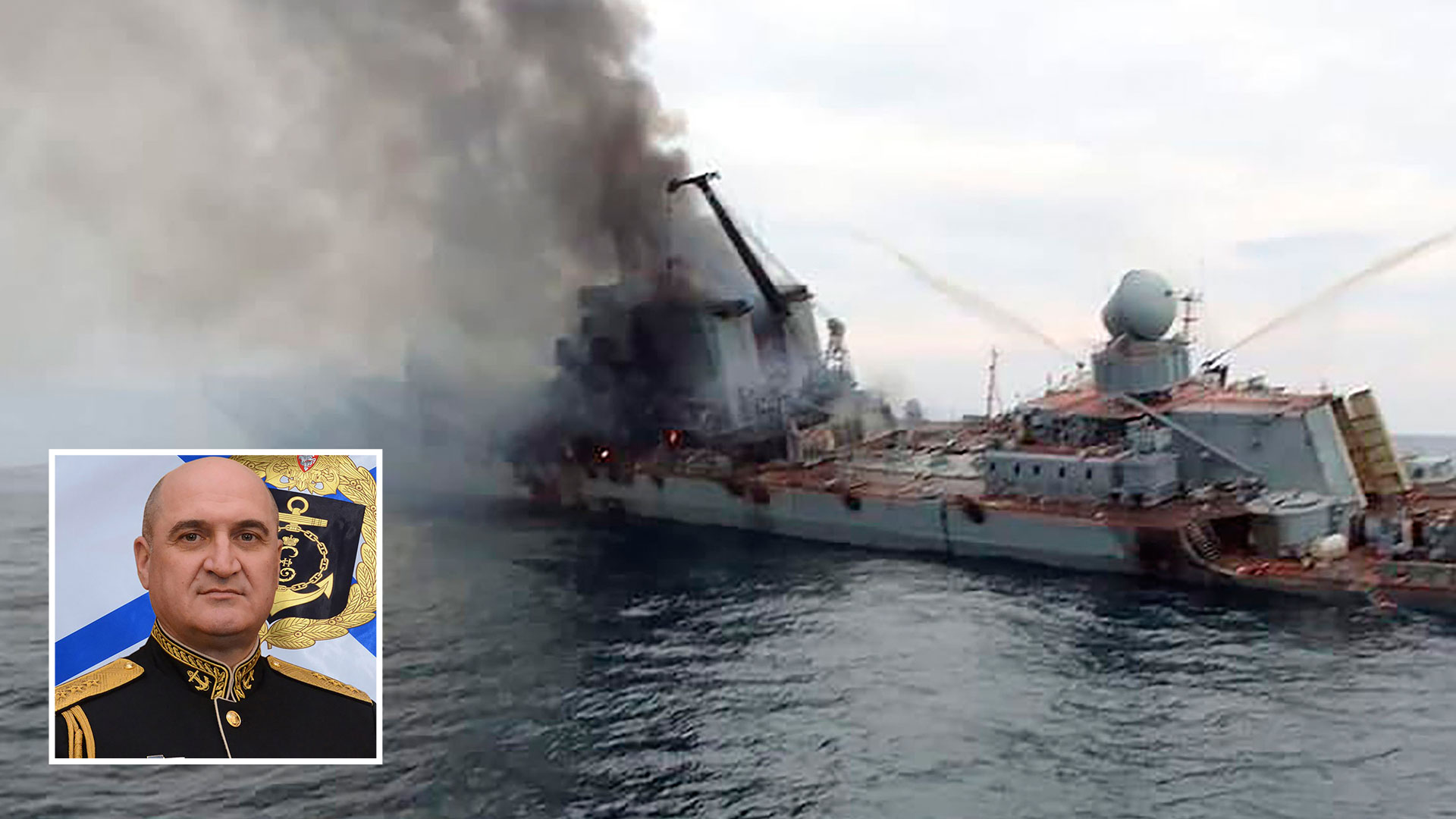 THE MYSTERY involves the fate of Vladimir Putin’s missing admiral, who may have been on the Moskva flagship when it was sunk by Ukrainian missiles a month ago.

Igor Osipov “has not been seen alive” since, prompting suggestions he was aboard the ship when it was hit by the Ukrainian Neptune missiles, Kiev sources say.

Initially, Ukraine claimed the commander had been detained amid Putin’s fury over the sinking of the cruiser, while others said he had been suspended.

That was never confirmed by Russian officials, who this week insisted he was at his “combat post” but was “not in the mood” to face the public.

Osipov, 49, was conspicuously – and unusually – absent from the Red Square Victory Day parade on Monday. He would be expected to attend such an event.

He was also not seen at events linked to Black Sea Fleet Day this week.

At an event on May 7, he was reported to be present – only to have his name removed later.

“Of course he’s not in the mood for social media and congratulations, but I’m sure he and our Black Sea people feel our support.”

Various sources say the Osipov has not been seen “alive” since the Black Sea Fleet’s flagship was sunk on April 14.

“The Black Sea Fleet is discussing whether Osipov could have been aboard the cruiser Moskva at the time of the attack,” said a pro-Kyiv source claiming to have inside information on the Russian navy.

And Russian Telegram channel VChK-OGPU said that no one saw Osipov face to face for a month.

Osipov’s signature appeared on documents recently but has yet to be seen in public.

The Russian Defense Ministry said the ship’s sinking was caused by a fire on board, not a missile attack.

The Kremlin has so far admitted one fatality in Moskva. The West believes that many more died.

It is also known that many were injured and are receiving treatment in hospitals in several cities.

The father of a missing and allegedly killed sailor on the warship said after a meeting with the highest levels last week: “The numbers of dead and wounded on the cruiser Moskva will be clarified by the Black Sea Fleet and the Ministry of Defense when they see fit. . “

He previously accused them of covering up the fate of the crew, about two-thirds of whom are believed to have been recruits.

Father Dmitry Shkrebets said: “I hope that the causes of the absurd loss of the flagship of the Black Sea Fleet will be thoroughly investigated by the military prosecutor and the board of the FSB … and the results will be made known to the people of Russia.”

Putin was furious when a clip of the Moscow sinking was circulated all over social media.

It showed smoke rising from the side of the ship and a rescue tug parked nearby.

One survivor broke down in tears as he told his mother how at least 40 crew members were killed during the attack, with “many missing” and maimed.

The parents of another recruit say they found that around 200 people were injured – many with horrific burns and other serious injuries.