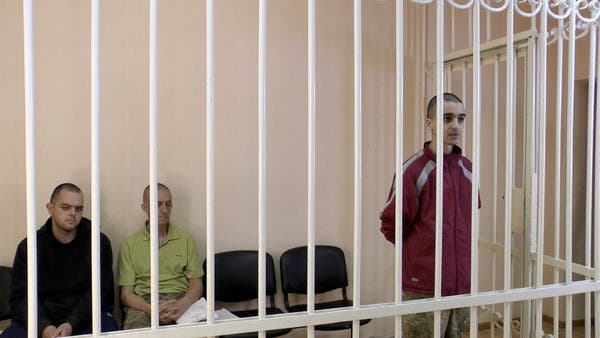 The father of a Moroccan sentenced to death by a court in the self-proclaimed Donetsk People’s Republic (DPR) on mercenary charges said his son should be treated as a prisoner of war as he is a Ukrainian citizen who voluntarily turned himself in.

The three men were captured while fighting for Ukraine against Russia and Russian-backed forces.

The Moroccan fighter was granted Ukrainian nationality in 2020 after spending a year of military training as a requirement to access aerospace technology studies at a university in Kyiv, his father Tahar Saadoun said in an email to Reuters.

He turned himself in “voluntarily” and should be treated like a “prisoner of war”, the father said.

The sentence will be appealed, he said.

“We as a family suffer from the lack of contact with the lawyer to exchange legal information and this adds to our ordeal,” he said.

UK ‘concerned’ about death sentences for British fighters in Ukraine