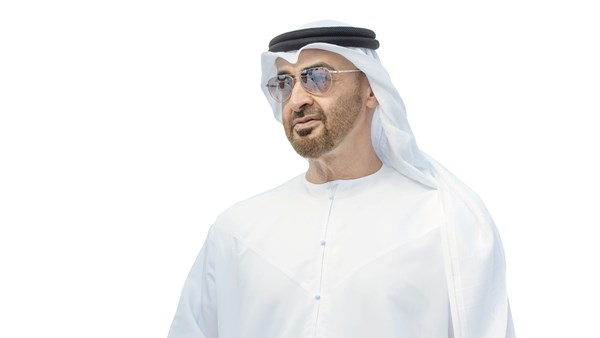 man of humanity
The Reverend Paula Fouad Riyad, priest of St George’s Church in Matariya, Cairo, expressed her sincere congratulations to the United Arab Emirates and its sister people on the occasion of the accession of His Highness Sheikh Mohammed bin Zayed Al Nahyan to the throne, praising the great efforts made by His Highness in the dissemination of human values, acceptance of others and peaceful coexistence, pointing to the United Arab Emirates becoming a leading country in hosting conferences, meetings and initiatives aimed at spreading the values ​​of tolerance, the most famous being the Conference of Human Fraternity, who witnessed the release of the “Human Fraternity Document” to the world.
George Church priest added to Al-Ittihad that the whole world is witnessing the humanitarian role of His Highness Sheikh Mohammed bin Zayed Al Nahyan, President of the State, and his tireless pursuit of works of charity and therefore the Pontifical Vatican A Educational Foundation last year awarded him the “Man of Humanity” medal, in appreciation and appreciation for His Highness’ continued support and benevolent efforts in promoting international humanitarian and humanitarian work, and in honor of his role in promoting the values ​​of peace and coexistence.
Rev. Paula highlighted that His Highness Sheikh Mohamed bin Zayed Al Nahyan has established a wonderful model in the UAE based on the principle of peaceful coexistence and coexistence among all members of the human family, regardless of religion, race or gender, and this unique model has helped to spread peace and love among all peoples, the world.

support for Al-Azhar
Sheikh Abdel Hamid Al-Atrash, former head of the Fatwa Committee in Al-Azhar, confirmed that His Highness Sheikh Mohamed bin Zayed Al Nahyan, President of the State, God bless him, has a great place in the hearts and souls of Egyptians, and has a long history of support for Al-Azhar, and he was and still is a lover of Al-Azhar and his sheikh, the Eminence of the Imam. The eldest, Dr. Ahmed Al-Tayeb, and his efforts are clear in spreading the Islamic call and supporting preachers.
Al-Atrash emphasized to Al-Ittihad that it appreciates the charitable and humanitarian initiatives of His Highness Sheikh Mohammed bin Zayed Al Nahyan in the world, and that it is a true expression and translation of the principles of the Document of Human Fraternity that was signed in the land of the Emirates under the generous patronage of His Highness, and that this humanitarian support he is giving to the peoples of the world is what our true religion urges, which calls for compassion, communication and interdependence among human beings, considering that this is a duty religious, legal and moral.