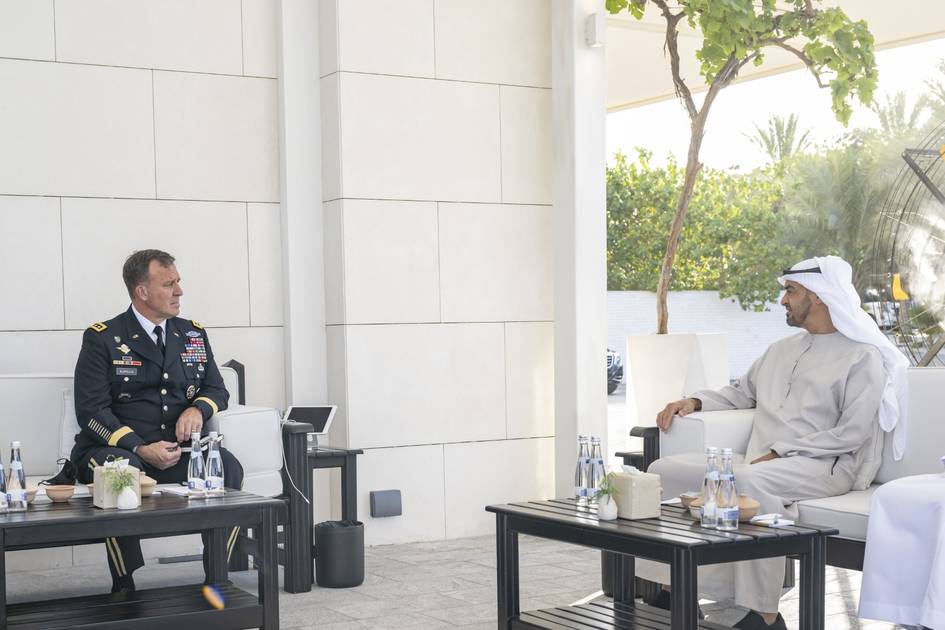 His Highness and the US soldier discussed – during the meeting, which took place at the Beach Palace – the friendly relations and various aspects of cooperation and joint work between the United Arab Emirates and the United States in the fields of defense and the military within the scope of the strategic relations that unite the two countries. They also addressed a number of issues and topics of common interest and exchanged views on them.