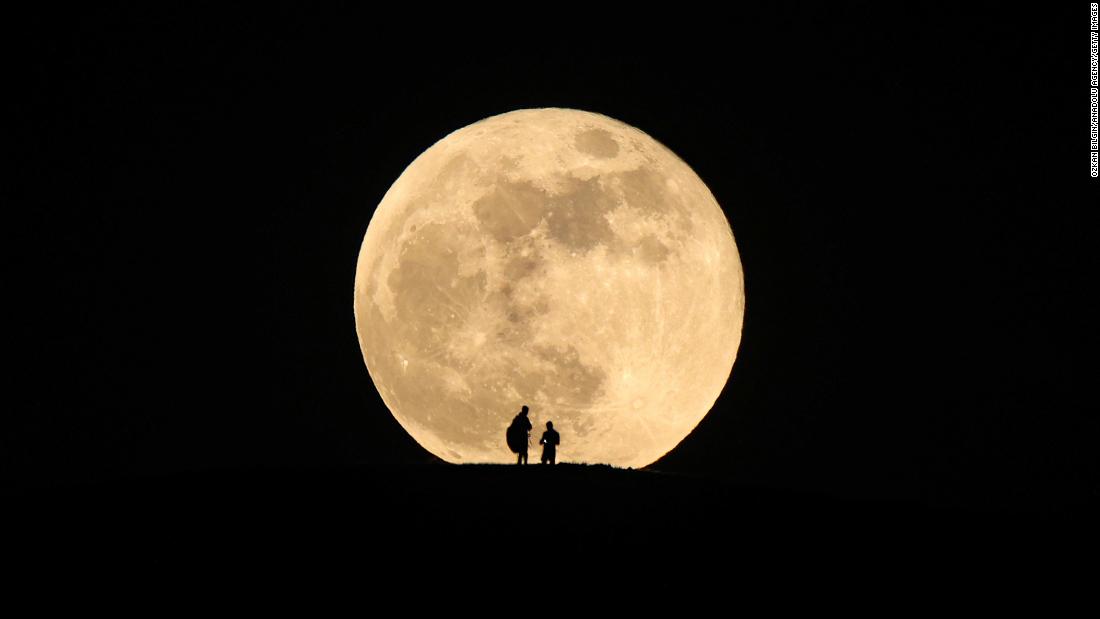 The moon will reach its peak at 12:15 pm ET on Monday, May 16, then appear at its highest point on the evening of May 15, according to The Old Farmer’s Almanac.

The flower moon is named after the flowers that bloom at this time of year in the Northern Hemisphere, said The Old Farmer’s Almanac.

The lunar event is also known as the corn planting full moon because May marks the end of the winter frost, which allows farmers to plant their seeds.

The Abernaki people of Maine also reference the planting season by calling this full moon a field-creating moon, according to Western Washington University. The Winnebago people in the Great Lakes region call it the “hoe corn moon,” according to the university.
Vesak, a holy day for Buddhists, corresponds to the full moon in May, according to the United Nations. The birth of Gautama Buddha, the moment when he attained enlightenment and his death occurred in the days of Vesak, according to the organization.
Astronomers will be in for a treat when the flower’s moon turns a scarlet color during the total lunar eclipse happening at the same time. A total lunar eclipse is when the sun and moon are on opposite sides of the Earth, which causes only a small amount of sunlight to reach the moon, according to NASA.

Most of the United States will have clear skies on the night of May 15 and the morning after, CNN meteorologist Monica Garrett said.

“The exception will be in the Northeast, where some rain will pass, keeping the sky cloudy,” she said.

There will also be some scattered rain in coastal areas of Washington and Oregon, and clouds in the Northern Rockies, Garrett said.

There will be seven more full moons in 2022, according to The Old Farmers’ Almanac:

While these are the popularized names associated with monthly full moons, the meaning of each may vary among Native American tribes.

There will be one more total lunar eclipse and one more partial solar eclipse in 2022, according to The Old Farmer’s Almanac.

Partial solar eclipses occur when the moon passes in front of the sun, but only blocks part of its light. Make sure you wear proper eclipse glasses to safely view solar eclipses, as sunlight can be harmful to your eyes.

A total lunar eclipse will also be on display for those in Asia, Australia, Pacific, South America and North America on November 8 between 3:01 am ET and 8:58 am ET – but the moon will be setting for those in eastern regions of North America. .

If you live in an urban area, you can drive to a place that isn’t cluttered with city lights to get the best view.

Find an open area with a wide view of the sky. Make sure you have a chair or blanket so you can look up. And give your eyes about 20-30 minutes – without looking at your phone or other electronics – to adjust to the darkness so meteors are easier to spot.