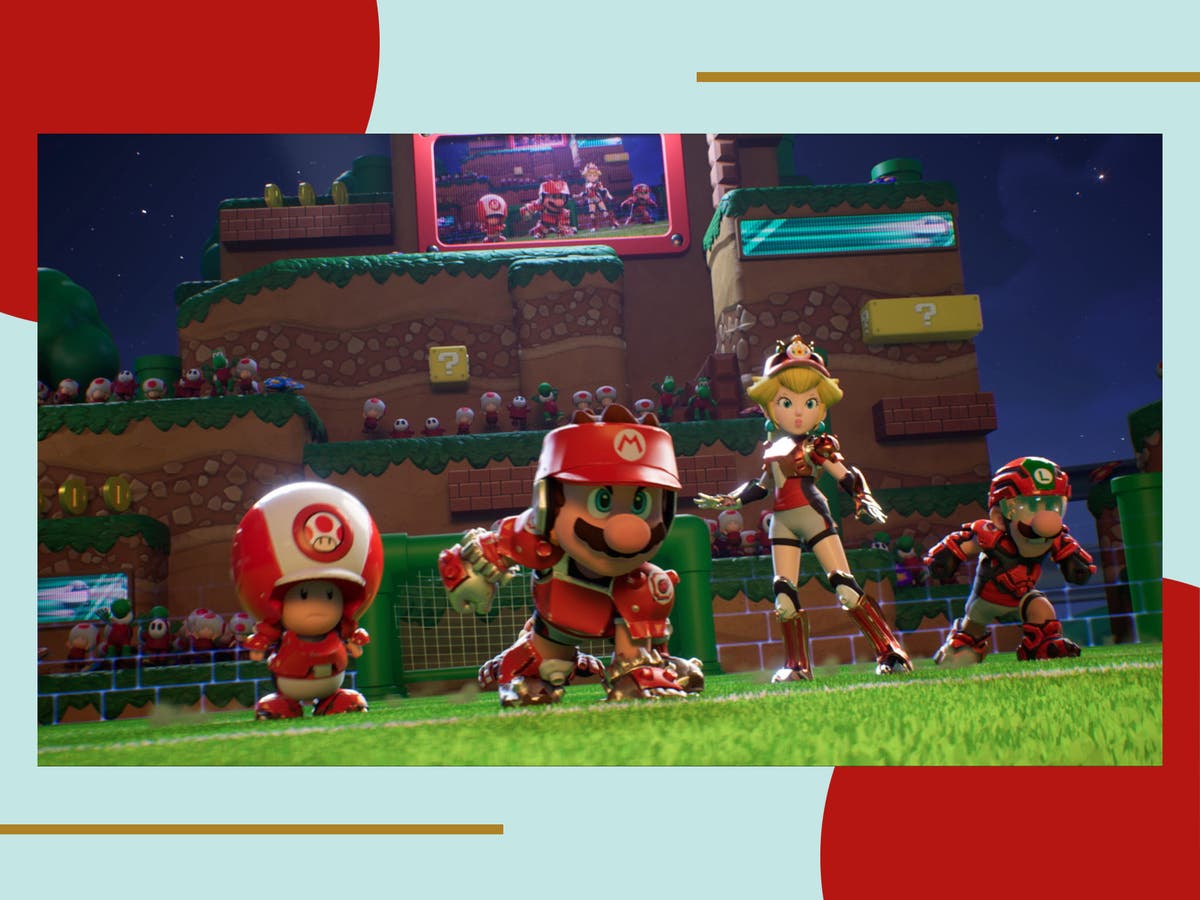 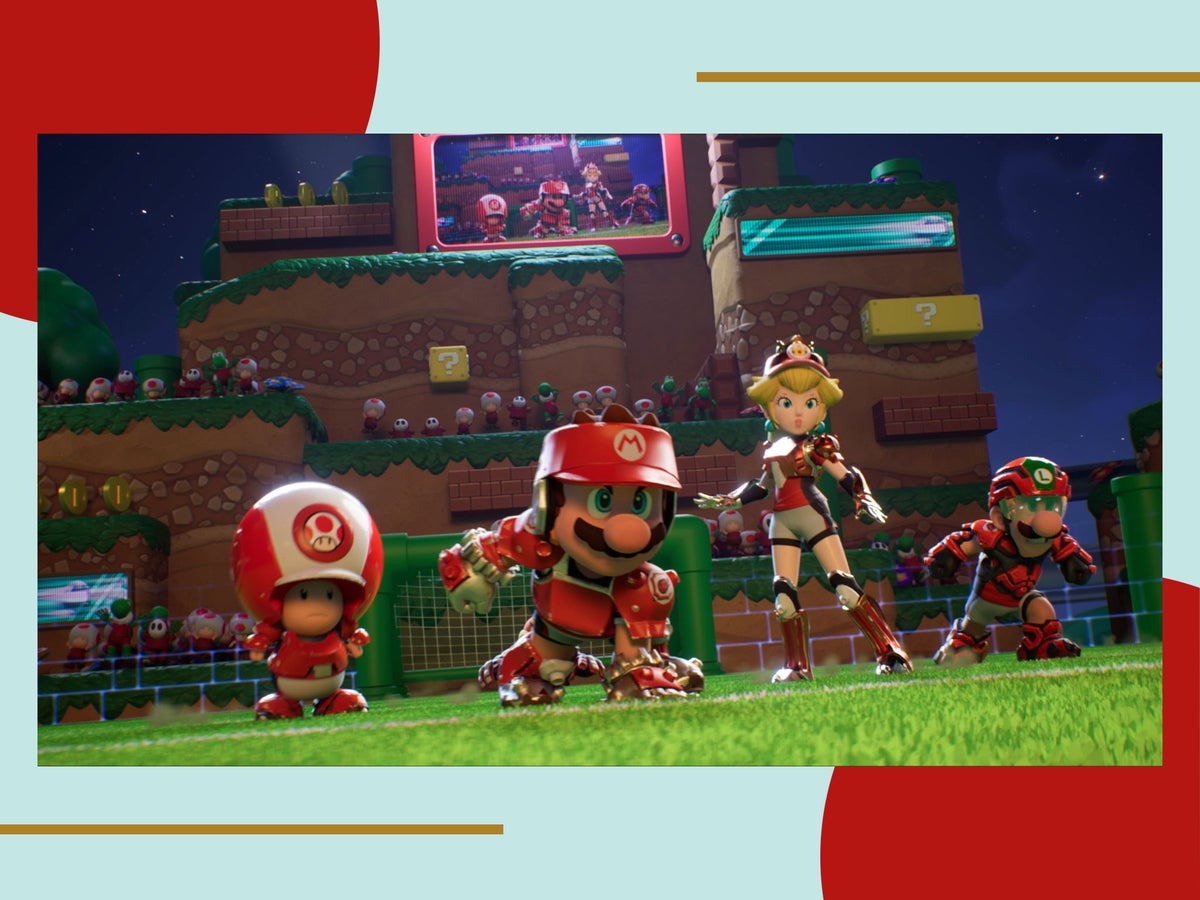 Mario Strikers: Battle League Football is one of the most anticipated Nintendo Switch games to come out this summer. After the release of Nintendo Switch Sports in April, Nintendo is offering even more sports quality, albeit with a slight rule variance from traditional football games.

During February’s Nintendo Direct event, fans were pleasantly surprised to see the Mario’s Strikers series in the latest lineup of upcoming Nintendo Switch games. Originally released on Gamecube in 2007, Battle League Football is a stylistic continuation of one of Mario’s most underrated spin-offs.

As a “battle football” game, it emphasizes exaggerated goal-scoring, tackling, and power-ups, as well as competitive local and online multiplayer clubs.

but it does Battle League Football meet the high expectations of Nintendo fans with its unique multiplayer and fast-paced action? While it manages to engage its players with surprisingly robust mechanical depth, its lack of variation might not appeal to new fans of the series.

For our full review, continue reading the rest of the article below.

We played several quick games as well as the different cups that were available in single player and offline multiplayer. Over our time with the game, we’ve managed to unlock various customization options for each of the ten characters available to test out different playstyles. And our experience with online multiplayer was based on a limited-time trial while the game’s servers were open. Here’s what we made of the title in general…

Mario Battle League Football Strikers is a combat sport game that sees two teams of five battling it out on the field. The composition of each team means players control four of the characters on each side, with the goalie being independently controlled by Bowser’s servant, Bam Bam.

Unique characters like Mario, Luigi, Bowser, and Princess Peach can play to their strengths, with a fair balance of characters across the starting roster. But with only ten characters to choose from in the starting lineup, there’s something to be desired with the flexibility of different characters and what each one brings.

Speed-prioritizing characters like Toad are substantially weaker than heavyweights like Bowser and Donkey Kong, making them useful for covering large areas as opposed to defensive play. But stronger characters can also be used to play more aggressively, with more powerful tackles and shots that can knock goalkeepers down.

There are several different techniques each character can employ to attack and defend; Tackling, dodging, passing and well-timed two-touch plays that can lead to faster ball deliveries.

Power ups, make a comeback and much like in Mario Kart, mushrooms can boost speed, shells can knock opponents down, bananas can stagger opposition, and Bob-ombs create a wide area of ​​effect to fend off players.

“Hyper strikes” also make a comeback that sees the characters charge a goal with a (literally) visually stunning. Not only does it provide the satisfaction of rolling the ball hard enough to create a tornado, but if successfully scored, it can reward successful players with double points, making it a worthy Hail Mary when time is running out.

It’s an impressive display, but after watching characters like Rosaline curve a soccer ball around a moon before hitting the back of the net a dozen times, it starts to look like a wider mix of moves could have been thrown in to keep the interesting things. This feeling is also exacerbated when certain animations take longer than others and cannot simply be ignored.

what’s new with Battle League Football is a customizable equipment, which can improve or decrease different stats. While it fine-tunes each character, its effects are marginal, but it also offers some cosmetic boosts for each character, as well as accentuating some of their key performance stats at the expense of their weaknesses.

Customizing each gear combination from head to toe can alter each character’s performance, but often their default loadout is appropriate for most game types.

Squad composition can also have a clear effect on how the opposing team plays. If they have a proper matchup for technical combos, fighting them with fast characters can be more important than heavyweights who don’t have the speed to match.

While it may offer a greater degree of flexibility for different approaches, equipment customization options are still quite limited, as is the choice of playable characters.

What seems to be the main focus for Battle League Football is its online multiplayer component, where different team compositions and players can choose their favorite characters to take the field against other players around the world.

What makes this latest edition interesting is the introduction of online “Strikers Clubs” that can act as a league with up to twenty players, all competing in tournaments for competitive rankings and while club names can be chosen, the choice of team colors , logos and characters still feels pretty limited.

During our online play tests, matchmaking can occasionally be slow, but once the whistle sounds, it runs at a consistent pace.

Computer-controlled opponents don’t pose much of a challenge, but players who are able to experiment with different moves and coordinate attacks also tend to do well.

But with up to eight players on screen at once, it can be a hectic game to try to follow. Between items, players and power-ups it can be difficult to follow the ball every now and then.

Mario Strikers: Battle League Football is another competitive sports spin-off for the mustachioed plumber whose mechanical nuance is only marred by the lack of really compelling content.

It’s clear that Nintendo is looking to expand its online multiplayer offering with a new Mario’s Strikers title similar to Nintendo Switch Sports It is the next Splatoon 3, but Battle League Football looks like it needs a lot of support and updates after launch to be worth the investment.