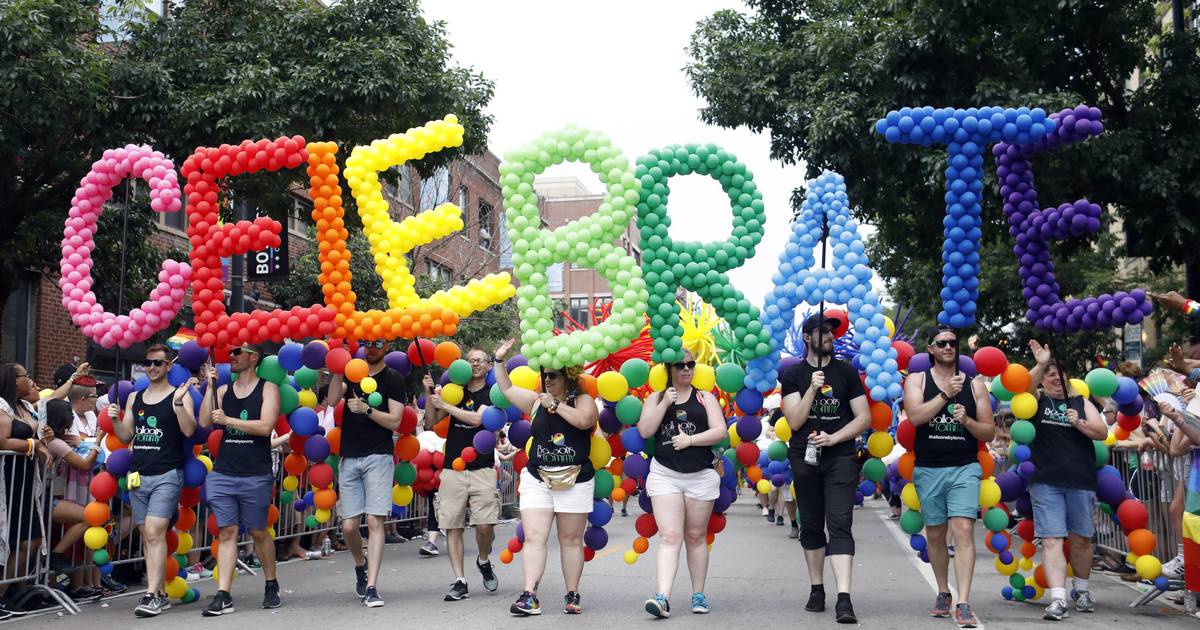 The Chicago Pride Parade is back after a 3-year hiatus due to the coronavirus pandemic and is the highlight of a month of events planned to honor and celebrate Chicago’s lesbian, gay, bisexual, transgender and questioning or queer (LGBTQ) community. in June.

Here’s what you need to know before you go.

When does it start — and what is the route?

The parade will begin at noon on Sunday at the corner of Montrose Avenue and Broadway in the Uptown neighborhood, and will follow its usual route and end at the corner of Diversey Parkway and Sheridan Road in Lincoln Park.

What’s the best way to get there?

Belmont Station and the area around it tend to become the busiest.

Bus: The following bus lines will take you near the parade:

Here’s where to find up-to-date information. Several CTA bus routes will be rerouted due to the parade.

Extra service will be added to Metra’s BNSF, Union Pacific North and Union Pacific West lines on June 28 for those traveling on Pride Parade. See timetables.

Street closures along the parade route and the surrounding area will be in effect from 8:00 am Sunday on Halsted Street and Belmont Avenue. Streets will reopen at 20:00

Why gay rights are celebrated in June

Pride Month commemorates the June 1969 Stonewall riots in New York’s Greenwich Village, which began when patrons of a gay bar, the Stonewall Inn, violently resisted a police raid. It is considered a critical moment in the gay rights movement.

Former President Barack Obama designated an area of ​​7.7 acres — including the tavern and a small park across the street — the first national monument to gay rights in 2016.

A Brief History of Gay Rights in Chicago

What is Chicago’s role in the gay rights movement?

First American gay rights group founded here: In 1924, postal worker Henry Gerber formed the Society for Human Rights. He was soon arrested for being gay. He was never convicted, but publicity (including a newspaper headline that read “Strange Cult of Exposed Sex”) led to his dismissal for conduct unbecoming a postal worker. The group quickly disbanded. In 2015, Gerber’s home at 1710 N. Crilly Court in the Old Town Triangle neighborhood was designated a National Historic Landmark.

First Gay Pride Parade in the USA: More a march than a parade, the city’s Gay Liberation Movement organized its first rally and procession as part of Gay Pride Week on June 27, 1970. A small Tribune story the next day said that 150 people heard speakers at the Bughouse Square (now Washington Square Park) before walking to the Civic Center (now Daley Plaza), where they formed a chain around the Picasso statue and shouted, “Gay power to gays.”

The Chicago march preceded parades in New York, Los Angeles and other cities by a day.