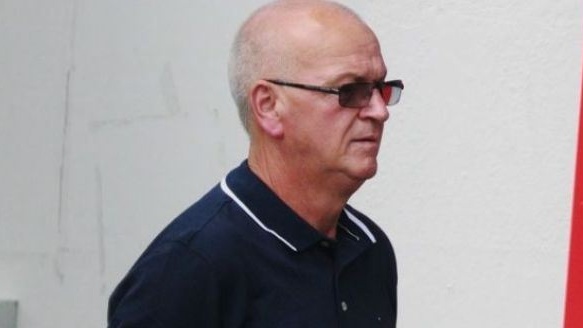 A man has been charged before the Special Criminal Court on Monday afternoon with helping a criminal gang murder father-of-four Noel ‘Duck Egg’ Kirwan, who was shot dead in Dublin over five years ago.

At the Special Criminal Court on Monday, Michael Crotty (40) of Slí Aonghusa, Aras na Rí, Cashel, Co Tipperary, was charged with involvement in the murder.

Mr Crotty is charged under Section 72 of the Criminal justice Act that he, “between October 20th, 2016 and December 22nd, 2016, within or without the State and with knowledge of the existence of a criminal organization did participate in, or contribute to by activity, or by being reckless as to whether such participation or contribution could facilitate the commission by a criminal organization or any of its members of a serious offence, to wit: the murder of Christopher (aka Noel) Kirwan”.

Detective Sergeant Ronan Dunne told the three-judge court that he charged Mr Crotty at 7am this on Monday morning in the precincts of the court.

He said he outlined to the accused that he was to be charged in front of the non-jury court and read over the charge to in full.

Det Sgt Dunne identified Mr Crotty to the court and then served him with the Book of Evidence.

State Solicitor Ciara Vibien successfully applied for Mr Crotty to be tried at the Special Criminal Court in circumstances where the DPP has deemed the normal courts inadequate to secure the effective administration of justice under the Offences Against the State Act.

Defense solicitor Claire Finnegan asked for a six-week adjournment in the matter which was granted by presiding judge Mr Justice Alex Owens, sitting with Judge Martin Nolan and Judge Frank Griffin. Mr Justice Owens remanded Mr Crotty in custody and adjourned the matter to May 23rd.