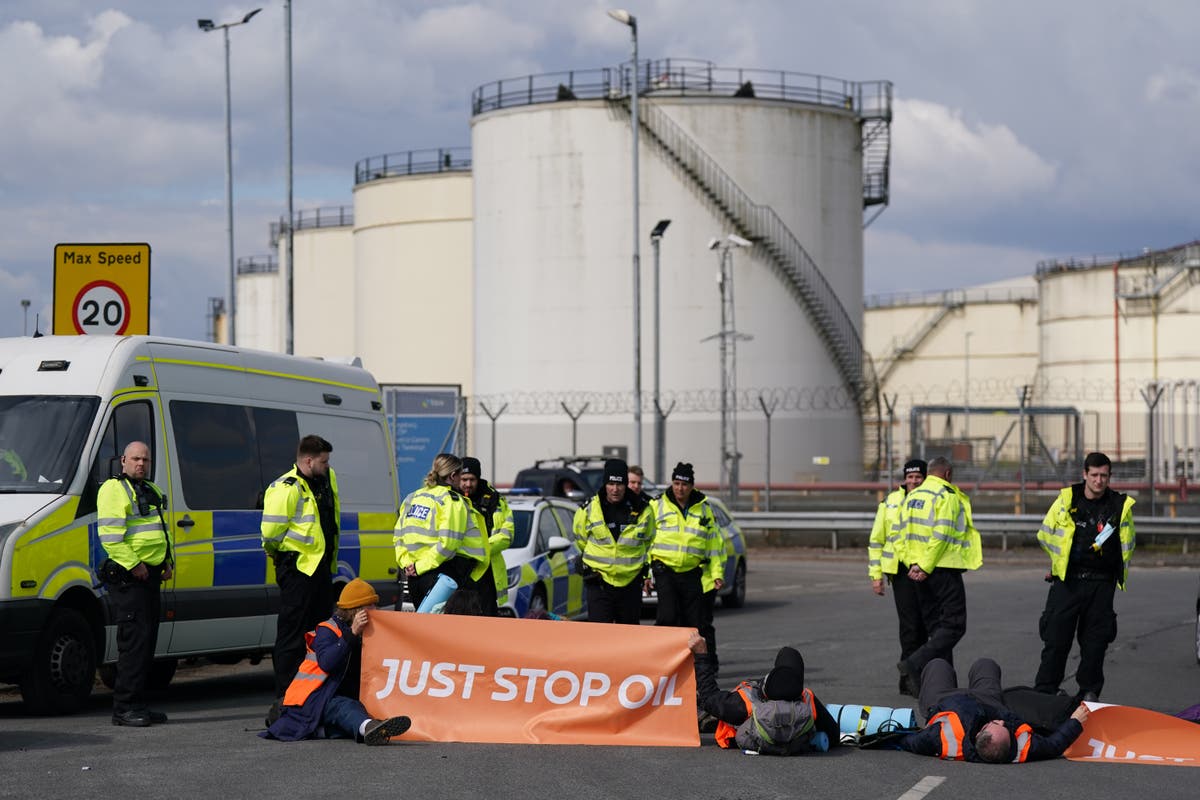 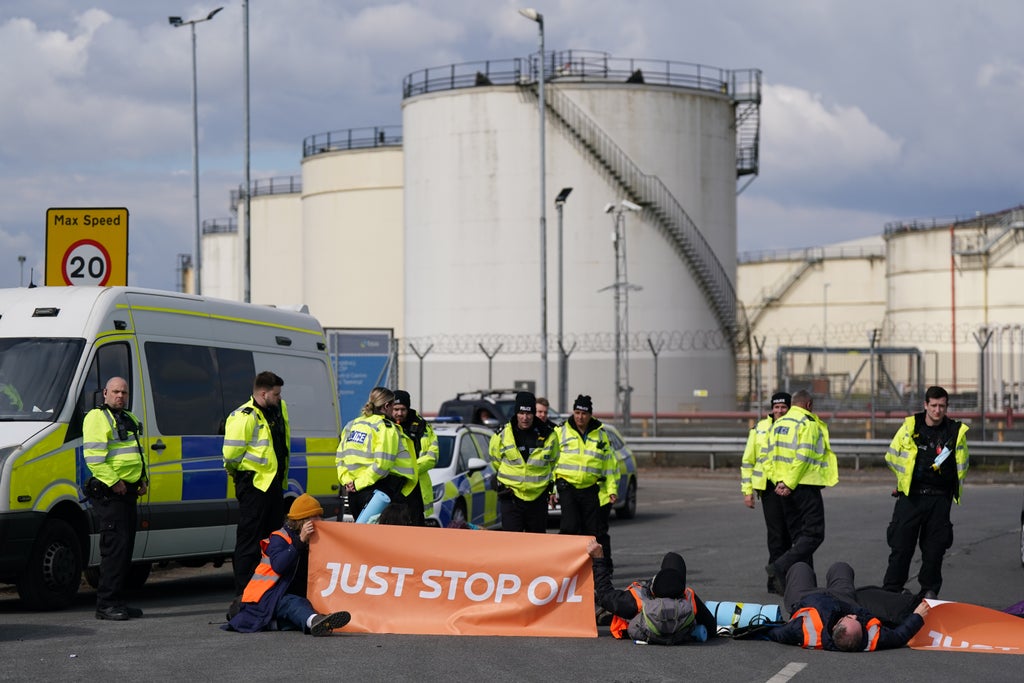 Labor is calling for an immediate nationwide ban to block the Just Stop Oil demonstrations.

Protests have caused “misery” for motorists, the Labor party said in a statement Monday, citing statistics published by the Campaign for Fair Fuel that say around one in three petrol stations in southern England have been forced to close.

The Labor party has said it is demanding the government bring in an injunction that would ban protests not only at oil terminals but also stop them across Britain’s road network.

“An injunction would simplify police operations by enabling them to more easily make arrests,” the statement says.

Just Stop Oil has been blocking oil infrastructure across the country in recent days. Last week, climate activists broke into the UK’s largest inland oil terminal and chained themselves to pipes, bringing distribution to a halt.

Before that activists, disrupted major football games with activists managing to lock themselves on the goal posts.

The coalition of climate activists wants the government to halt new fossil fuel licensing and production.

A report by the United Nations published last week found that global greenhouse gas emissions need to peak by 2025 to avert a “catastrophic” temperature rise.

At a press conference, announcing the report, UN Secretary-General Antonio Guterres called investing in new infrastructure relating to fossil fuels, which are behind the continuing rise in planet-heating greenhouse gases, “moral and economic madness”.