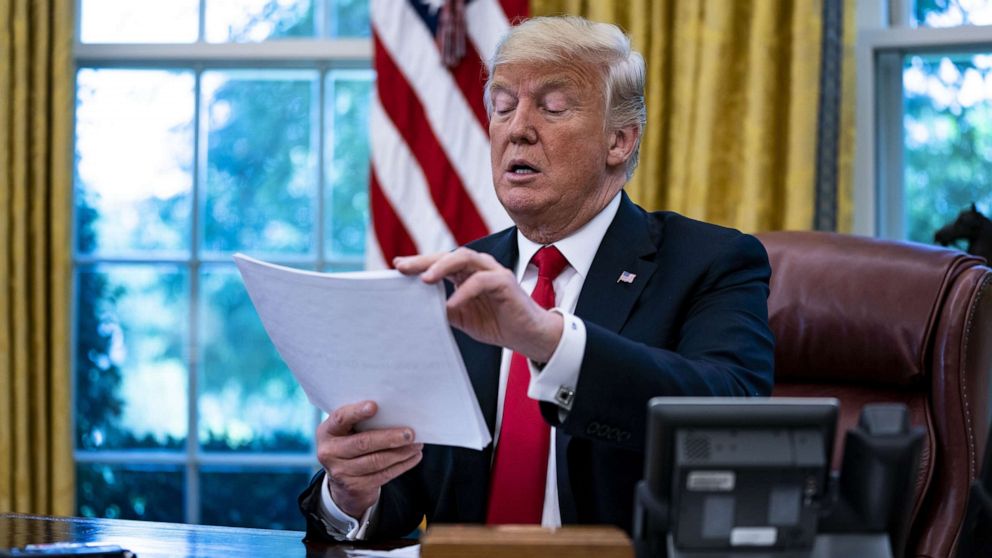 At least one subpoena has been issued to the National Archives, the sources say.

The Justice Department opened a grand jury investigation into former President Donald Trump’s alleged mishandling of classified documents, following the revelation in February that he had brought boxes of documents to his Mar-a-Lago property when he left White House.

At least one subpoena has been issued to the National Archives and interview requests have been made to some former aides who were with Trump during his final days in office, sources familiar with the matter told ABC News.

The news was first reported by the New York Times.

“President Trump has consistently handled all documents in accordance with applicable laws and regulations,” a Trump spokesperson said in a statement following news of the investigation. “Late attempts to guess this clear fact are politically motivated and misguided.”

Justice Department officials declined to comment on the matter.

Officials at the National Archives had previously confirmed in a letter to the House Oversight Committee that some of the documents recovered from Mar-a-Lago were marked “classified” and said they had referred the matter to the Justice Department.