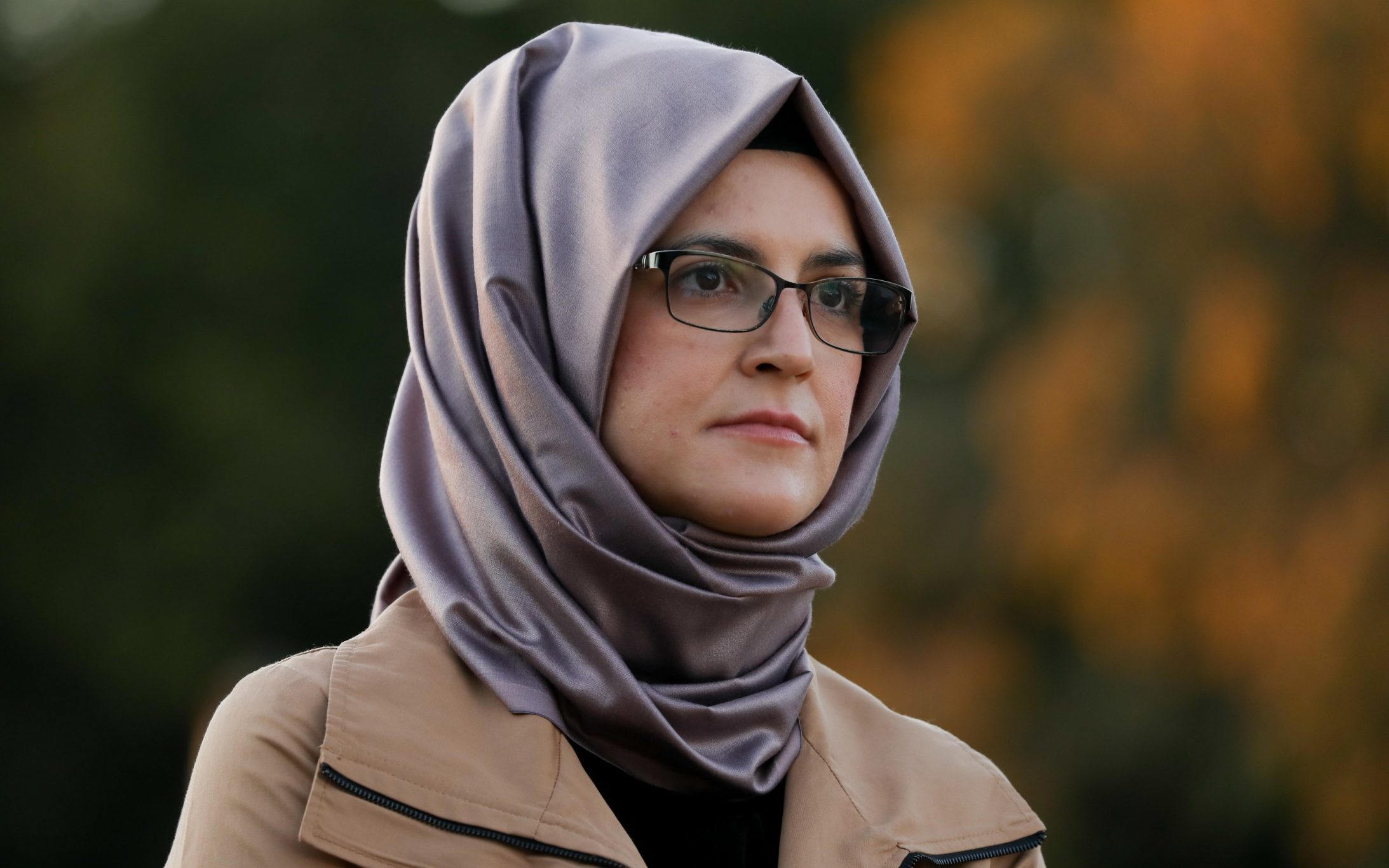 The fiancée of murdered journalist Jamal Khashoggi described her heartache for Greg Norman saying “we all make mistakes” regarding the Saudi-sponsored murder of her partner.

Australian Norman made the comment while answering questions about the country’s human rights record as he leads a new $255m (£207m) competition funded by Saudi Arabia. “From what I’ve heard and what you’ve reported,” Norman said of the 2018 killing of Khashoggi. “Just own what it is. Take ownership, no matter what. See, we all make mistakes and you just want to learn. with these errors and how to fix them going forward.”

Hatice Cengiz, who was due to marry Khashoggi the same year, told Telegraph Sport in response: What if it was your loved one?

“How can we move forward when those who ordered the murder are still going unpunished and continuing to try to buy back their legitimacy?

“We must not fall for its riches and lies, and lose our morals and common humanity. We must all insist on truth and justice; only then can we look forward with hope and dignity.”

Amid the backlash, LIV tried to backtrack on Norman’s comments, releasing a statement that sought to clarify her remarks.

“The murder of Jamal Khashoggi was reprehensible,” it read. “Everyone agrees with that, including Greg, as he has said previously on many occasions. Greg also knows that golf is a force for good around the world and can help make inroads toward positive change. That’s why he’s so excited about LIV and that was the point he wanted to make.”

Cengiz’s statement was released through her lawyer, Rodney Dixon QC, who has helped her raise awareness of Saudi Arabia’s human rights failings, which have been repeatedly criticized by Amnesty. A declassified US intelligence report released in February 2021 alleged that Saudi Crown Prince Mohammed bin Salman was an accomplice in the killing of Khashoggi – an allegation that Bin Salman has denied. Bin Salman is chairman of the Public Investment Fund of Saudi Arabia (PIF), which provides money for many sporting events, including Formula 1, boxing, football and golf.

Inevitably, Norman, appearing at the Centurion Club in St Albans on Wednesday to promote the first $25 million event in the LIV Golf Series of eight $255 million tournaments, was questioned about the murder of the 59-year-old journalist and citizen. American.

Asked later whether he truly believed that dismembering a journalist’s body with a saw was “just a mistake”, Norman replied: do it.”

Norman’s controversial comments are sure to intensify the spotlight on the Kingdom’s rebel circuit and the ‘sport laundering’ accusations. On Tuesday, he claimed he had not “responded to MBS”. Norman announced that he has “secured an extra $2 billion funding” through 2025 from the PIF in an effort to create a 14-event global league by 2024. But he stressed that ‘we are independent’ and reiterated that stance again on Wednesday.

“I didn’t have a personal connection to MBS, I never met the guy,” he said. “But at the same time I read that the Saudi government has made their statements about it and they want to move on. “

On Tuesday night, the PGA Tour refused to grant waivers to around 30 players who signed up to play at Centurion and Telegraph Sport learned that the DP World Tour, formerly known as the European Tour, will soon announce the same.

That means the likes of Phil Mickelson, Sergio Garcia, Lee Westwood and Ian Poulter must break Tour rules if they want to play the 54-hole June 9-11, with the opportunity to cash in $4 million if they finish first. in the classification. 48-man event – and being guaranteed $120,000 if they come in last.