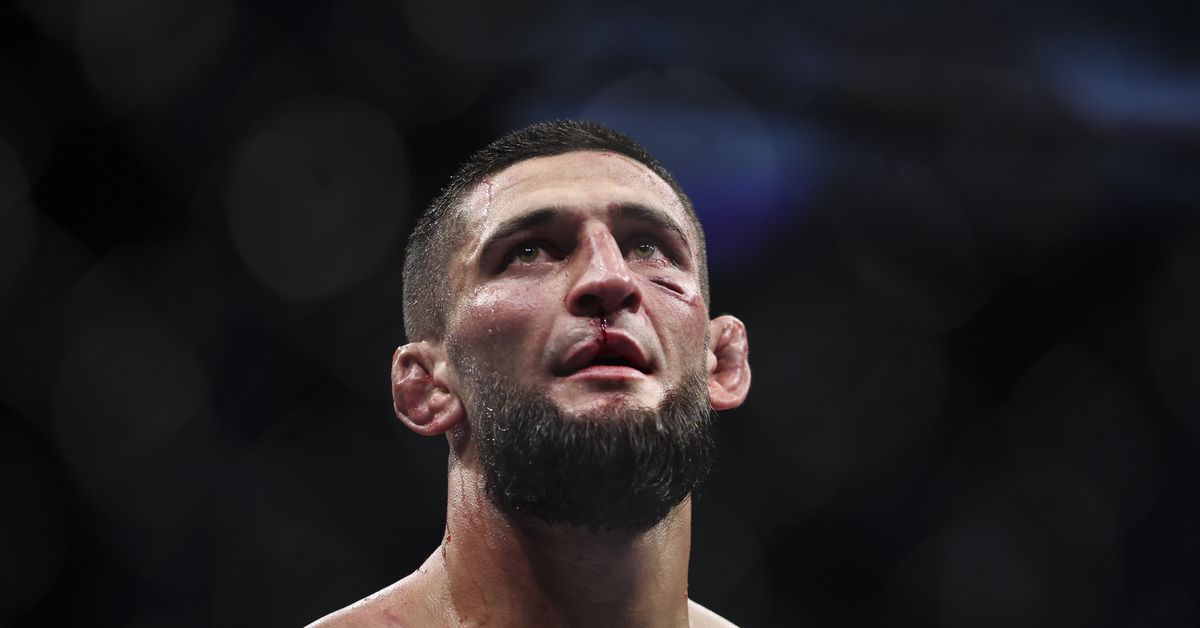 Why was the crypto.com fan-voted bonus available more than one hour before the event?

While looking at the UFC website around 5:20 pm ET on Saturday, I noticed there was a link to vote for the crypto.com fan bonus of the night. My interest piqued, I clicked on it. The link opened to a page that allowed me to vote for three fighters, and so that’s what I did. I submitted the vote and was asked to verify my email address. I did. I then received notice that “Your vote is in!” Again, this was more than an hour before the event was scheduled to begin. Perhaps this was a first time only issue, but the idea that fans could vote on bonuses before the event begins does not instill confidence in the entire crypto.com fan-bonus system.

UFC is still paying fighters $10,000 for their first fights?

After his win over Mickey Gall, Mike Malott announced he was going to donate his show money of $10,000 to the GoFundMe that was set up to contribute to the cost of care for the daughter of one of his cohorts at Team Alpha Male as she fights stage 3 lymphoma. Malott’s contribution was admirable and his plea was heartfelt. The outpouring from the MMA community since he asked for assistance has been overwhelming and positive.

However, I would be remiss if I did not point out the fact that the UFC has bragged about lifting fighter pay over the past several years while keeping the base pay for fighters at $10,000. Until UFC starting pay provides a livable wage for these professional athletes, the promotion has no room to pat itself on the back. None.

What’s next for Kay Hansen?

Kay Hansen doesn’t turn 23 until August. She is a talented, but green fighter, who is trying to do too much too soon. Hansen is learning on the job in the top mixed martial arts promotion in the world. That’s unfair to her. For the sake of her development, confidence and future as a fighter — she is on a three-fight losing skid after UFC 273 — the promotion should send her down a level of competition and let her work on her skills, her confidence, her weight cut and herself for a few years. The UFC did this with Angela Hill for a four-fight stint in 2016. The promotion should do the same for Hansen.

what was aspen lady and her team thinking?

If you were wondering why Aspen Ladd didn’t pursue a takedown with any gusto until the third round of her bout against Raquel Pennington, you are not alone. Ladd and her team fought to Pennington’s strengths for the first 10 minutes of the fight. Ladd lost those rounds. When Ladd went after the takedown in the third round — and secured it — she won the round.

Lady’s corner has been punished before and they deserve criticism again for how they handled this fight. Ladd allowed Pennington to dictate and lead for the first two rounds and it cost her any chance at the win.

Ladd is now 1-3 in her past four outings and she might be served well by switching up some of the team she has behind her.

Is Ian Garry deserving of the hype?

The jury is — and should remain — out on Ian Garry. I’m unsure of how much of the hype behind the young Irish fighter is based on hope and how much is based on upside potential. Right now, I’d say most of the push the 24-year-old is getting is built on the hope that he will become the next Irish star for the promotion.

Garry has talent and confidence, but he is also a work in progress. There are holes in his game and he is still developing (again, just 24) and there’s nothing wrong with that.

What stood out for me was Garry’s post-fight talk with UFC commentator Jon Anik. During that conversation, Garry said, “It’s experience, but as I said before, I’m not perfect yet, I’m getting there. No one walked into this octagon perfect. It’s work, work, work. Every fight we get better and that’s what I’m gonna do and I’m 9-0 now…”

It seems as if Garry has a good mix of self-confidence and self-awareness and that leads me to believe the future will be bright for this young fighter.

what is Mackenzie Dern‘s upside?

The 29-year-old Mackenzie Dern bounced back from an October decision loss to Marina Rodriguez with a split-decision win over Tecia Torres at UFC 273. Where Dern was once just known for her grappling skills, she has developed into a true mixed martial artist. Dern seems to get better and more confident in every outing and that’s really all one can ask for from a fighter.

Dern’s striking has progressed by leaps and bounds. If there’s one thing she needs to work on more, she’s using that striking to set up her grappling attacks. It seems as if Dern is striking or grappling. She needs to get to where she is striking and grappling and doing so through muscle memory. Dern has a magnificent coach in Jason Parillo and I suspect we will see more progress from her dela in her next outing.

Why is “show and win” pay still a thing?

Okay, I know the answer to this question is because the UFC has convinced the dimwitted and deluded that fighters try harder if they get more money for a win. I also know this was, is and will always be a lie. No one stands in a locked cage and thinks, “screw it, I got a full pay day coming, I’m gonna half-ass it against this person who is looking to administer a great deal of physical damage on my body and brain. ” That’s not a thing that has ever happened, even if the UFC would like us to believe it happens during every single fight.

With that, there were some kudos thrown the way of UFC president Dana White when he said he was going to award Gilbert Burns his show and win money for the fight he put on — in a losing effort — against Khamzat Chimaev. That praise was undeserved, instead White and the UFC deserve condemnation for the way they exploit the UFC labor pool. The UFC pay structure is a farce built on a lie.

Is the UFC playing with fire with Khamzat Chimaev?

If the pre-fight talk turns into post-fight reality, the UFC is going to book Colby Covington vs. Khamzat Chimaev in what I assumes will be a welterweight title elimination bout on ABC. That seems like a risky proposition.

Chimaev might be a big thing in MMA, but right now he’ still just a big deal in MMA. If the UFC throws him into a main event on a major network and some of the big non-MMA media players start digging into Chimaev’s seemingly cozy relationship with Ramzan Kadyrov it could turn into a public relations nightmare of the UFC, ESPN and Disney.

Sterling gave his doubters a profane earful after the fight and deservedly so. Sterling put up with a year’s worth of BS from fans and fellow fighters since winning the title via disqualification in 2021. On Saturday night, Sterling won a split decision over interim champ Petr Yan and unified the bantamweight titles. With that, Sterling earned the right to call himself the undisputed champion and from the sounds of things, he was aware of most of the slights against him before Saturday night.

Sterling leaned into his haters between his DQ win at UFC 259 and his decision victory at UFC 273 — and why not, he wasn’t going to sway those people by being nice — I expect him to continue to do so, but with added vigor after his win.