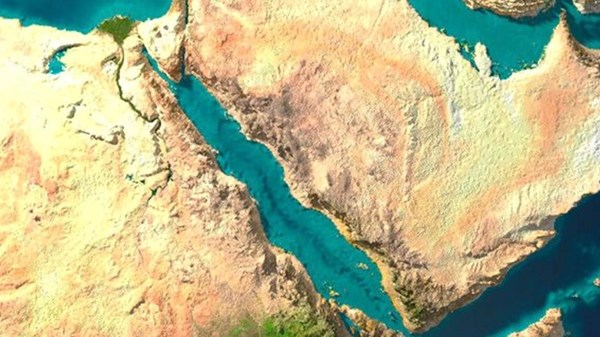 Satellite images from space show the Red Sea as a blue line running north to south along the northeastern edge of the African continent.

The intense blue of the water, which contrasts sharply with the pale brown of the surrounding landscape, belies the famous name of the sea. It seems that there is nothing “red” in the Red Sea.

So how did the Red Sea get its famous nickname?

“I don’t think anyone really knows how it got its name,” said Karen Kleinhouse, an associate professor of marine and atmospheric science at Stony Brook University in New York. It’s possible, she added, that the answer has to do with algae – in this case, Trichodesmium erythraeum. Sometimes called “sea saw”, a type of cyanobacterium (aquatic bacterium that lives through photosynthesis) that belongs to the group of blue-green algae and is responsible for between 60% and 80% of the nitrogen conversion in the ocean, from according to the Earth Observatory for NASA.

However, it is also possible that the Red Sea is named after the red mountains that line parts of its coasts, such as the Jordanian coast, Kleinhouse said.

But the Red Sea is not known by name alone. “The Red Sea is a biodiversity hotspot with many endemic faunas found only in the Red Sea or the Gulf of Aden,” Kleinhouse said.

The Red Sea is located between northeast Africa and the Arabian Peninsula. It stretches approximately 1,200 miles (1,930 km) from the Gulf of Suez in the north to the Gulf of Aden in the south and eventually connects with the Indian Ocean. According to Britannica, the Red Sea has a maximum width of 305 kilometers and a maximum depth of 3,040 meters. It covers an area of ​​approximately 174,000 square miles (450,000 square kilometers).

The Red Sea contains one of the largest coral reefs in the world. It stretches for 2,485 miles (4,000 km) and is home to a rich diversity of marine life. Kleinhouse said the reef’s unique features make it one of the world’s only marine sanctuaries against climate change, according to RT.

She added: “The corals that arrived there at the end of the last Ice Age were only those that could withstand very high temperatures and salinities, due to the conditions of the Red Sea at the time of their entry. Therefore, they now live much lower temperatures than extremes, and is expected to be one of the last surviving coral reefs this century.”

The Red Sea is one of the smallest bodies of water in the world, Kleinhouse said, and was formed by the splitting of two tectonic plates, the Arabian and the African. “Those things are still moving away, so it’s a rising sea,” he added.