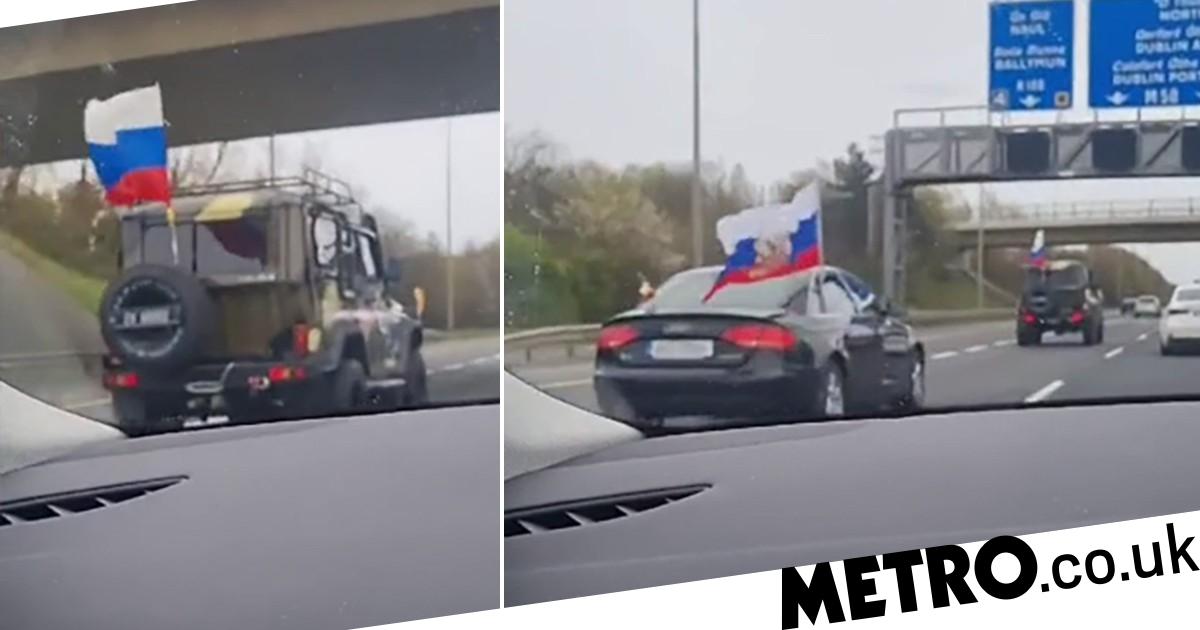 A convoy of cars flying Russian flags and sporting pro-war symbols has been filmed on a motorway in Ireland.

The pro-Russian group of around 10 vehicles was spotted on the M50 in Dublin yesterday afternoon.

The vehicles were all flying Russian flags while one truck in the group was also displaying the letter ‘Z’.

The letter ‘Z’ has been used by invading Russian forces to identify their tanks and military vehicles in Ukraine since the start of the war.

But as the conflict has developed the ‘Z’ symbol has become more than a mark on military vehicles and has been embraced as the emblem of those who support Russia’s actions.

Twitter user @JustDave87 posted the video of the convoy in response to a tweet by the Ukrainian Embassy in Ireland which condemned footage of what appeared to be the same vehicles gathered in a car park.

The embassy said the actions of those taking part in the convoy were ‘absolutely disgusting’ and ‘demonstrated complete disrespect’ for Ireland and ‘the Irish people who stand against Russia’s war in Ukraine’.

The embassy also called for the ‘Z’ symbol to be prohibited by law ‘in every democratic state’.

For more stories like this, check our news page.

Get your need-to-know latest news, feel-good stories, analysis and more