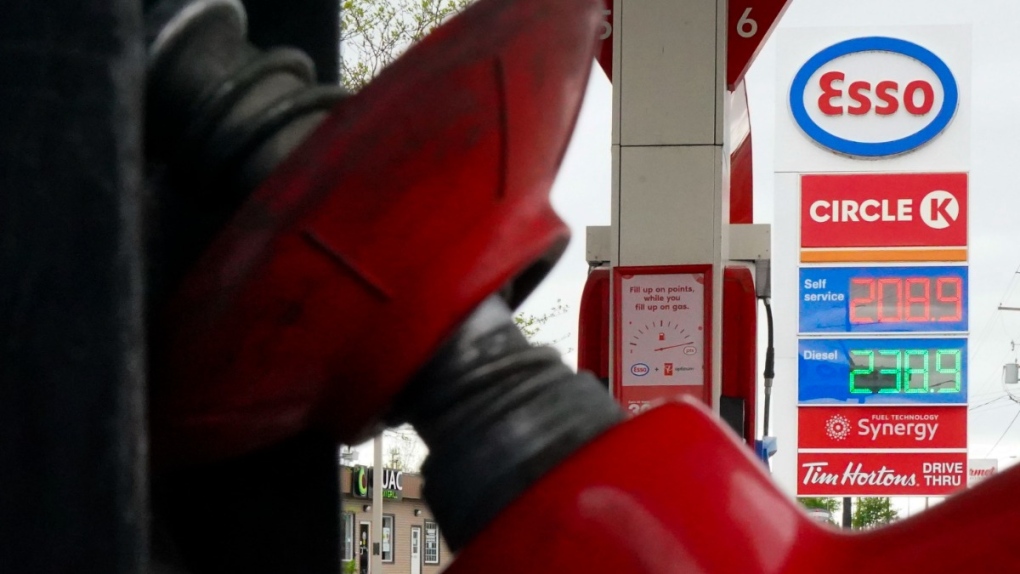 As inflation rates reach the highest level recorded in Canada in forty years, nearly half of Canadians say they are currently doing worse financially than they were last year.

Another third say they expect things to get even worse over the next year, the most people to respond this way in more than a decade.

The figures come from a new survey by the Angus Reid Institute (ARI) released on Friday, which surveyed more than 5,000 Canadian adults between June 7 and 13 about their financial situation and difficulties.

The results shed light on the situation Canadians are facing from coast to coast.

Inflation is currently 7.7% higher than last year, according to Statistics Canada. The rate of inflation hasn’t been this high since 1983, the year Canada Day replaced Dominion Day.

The percentage of Canadians who respond who are financially worse off now than they were a year ago has been steadily increasing in recent years. In 2018, just 29% of Canadians said they were worse off than the year before. That number rose to 32% in the first quarter of 2020, then to 45% in the second quarter of 2022.

It is now the highest since the ARI began tracking this particular issue in 2010.

Interestingly, the percentage of Canadians who say they are doing better than the year before has jumped to 23% in 2020, after years hovering around 13-14%. That number is now at 17 percent.

Just one in five Canadians said they expected things to get better a year from now, while a third anticipated things would get even worse.

“Saskatchewan residents express the greatest pessimism and least optimism on this issue,” the report said.

The cost of living is exorbitant for many

The simple cost-of-living concern is what consumes the time and energy of most Canadians, with food, housing and bills creating a huge amount of financial worries across the country.

When asked what the main provincial issues were, with respondents choosing up to three options, “cost of living/inflation” was the most popular choice, with 63% of respondents selecting it as an important issue.

Health care and housing affordability ranked second and third at 52 percent and 31 percent respectively, with climate change and the environment coming in fourth at 26 percent.

“Some regions of the country are under more economic stress than others,” the report said. “In Atlantic Canada, the cost of living was already higher than most other parts of the country last year. New Brunswick has experienced higher inflation rates than other provinces, alongside Manitoba and British Columbia.”

When it comes to the country as a whole, more than half of those who leased say it is difficult to pay rent.

For homeowners, monthly mortgage payments are on the rise following a series of interest rate hikes by the Bank of Canada. A quarter of Canadians with mortgages say prices have already risen, while the other half said they anticipate a price jump. Two-thirds say that if their payments increase by $300 a month, they may no longer be able to pay.

“The challenge for many, as pandemic-era supports are removed and some struggle with the CERB payments they have received, is to avoid creating debt,” the report said, noting that many Canadians are already struggling with debt.

Two in five Canadians said they had credit card debt.

Of those who scored high on the ARI Economic Stress Index and were classified as “struggling” on that index, 62% had credit card debt, and three in five of that group said it would take more than a year to pay off. off.

The Economic Stress Index, created in January, analyzes the main costs related to quality of life, such as indebtedness, housing and family food expenses, as well as the wishes of respondents and the assessment of their own finances, to map who is having a harder time.

There are four categories: struggling, uncomfortable, comfortable, and thriving. The proportion of those “thriving” has dropped six points since May, while the number of those “struggling” has risen three points over that period. The good news is that 29% of Canadians fall into the “comfortable” category, compared to 26% in May.

“The majority in each of the Atlantic provinces fall into the Struggling or Uncomfortable categories,” the report stated, with 55% in Nova Scotia and 64% in Newfoundland and Labrador falling into one of those two categories.

Nationwide, in most provinces, more than half of respondents fell into one of the two bottom categories, with 64% in Newfoundland and Labrador, 59% in Alberta, 62% in Saskatchewan, 57% in Manitoba, 55% in New Scotland and 54% in Ontario. Prince Edward Island was not included in the survey.

“In Quebec (61 percent) and BC (52 percent) alone, more than half fall into the two main ESI categories,” the report said. living from any province in the country.”

The province with the highest percentage of Canadian respondents considered “thriving” was Quebec, with an impressive 30%.

Just over 75% of Canadians said their province did a poor job of dealing with inflation.

About one in three Canadians said their costs due to purchasing gas had increased, while just under half said those costs had decreased because they consciously avoided driving and looking for other forms of transportation to save money.

The report noted that inflation hits some goods harder than others.

“Food inflation was 10% in May, higher than the general inflation rate of 7.7%,” the report said.

Just over half of Canadians surveyed reported struggling to pay the grocery bill each month, with the report noting that this is seven points higher than last October.

And the lower your tax bracket, the harder it is to put food on the table. Seven in ten Canadians earning less than $25,000 a year said it is difficult to feed themselves and their family, while at least a third of all incomes reported finding it difficult to budget for food.

A BC resident told the Canadian Press that his grocery bill has more than doubled. Food Banks of Canada are concerned that more and more children – who make up a third of people who rely on food banks – could go hungry this summer when school ends and access to school feeding programs is disrupted. .

Earlier this month, NDP leader Jagmeet Singh criticized lawmakers for laughing in the House of Commons after speaking out about Canadians being unable to buy groceries. In a video Singh posted about the incident, laughter can be heard after he claims that one in four Canadians is starving.

“I just mentioned that Canadians are hungry and I hear laughter in the chambers,” Singh said after the president asked him to repeat it. “They should be ashamed of themselves. Absolutely embarrassed.” He claimed on social media that those who were laughing were Conservative lawmakers.

When the political leanings of survey respondents were taken into account, the results became more stark: former supporters of the Conservative Party and People’s Party of Canada were less likely to trust the Bank of Canada, with 59% and 86% indicating so. . respectively.

The Bank of Canada has admitted it made mistakes and is now trying to catch up with Canada’s economy.