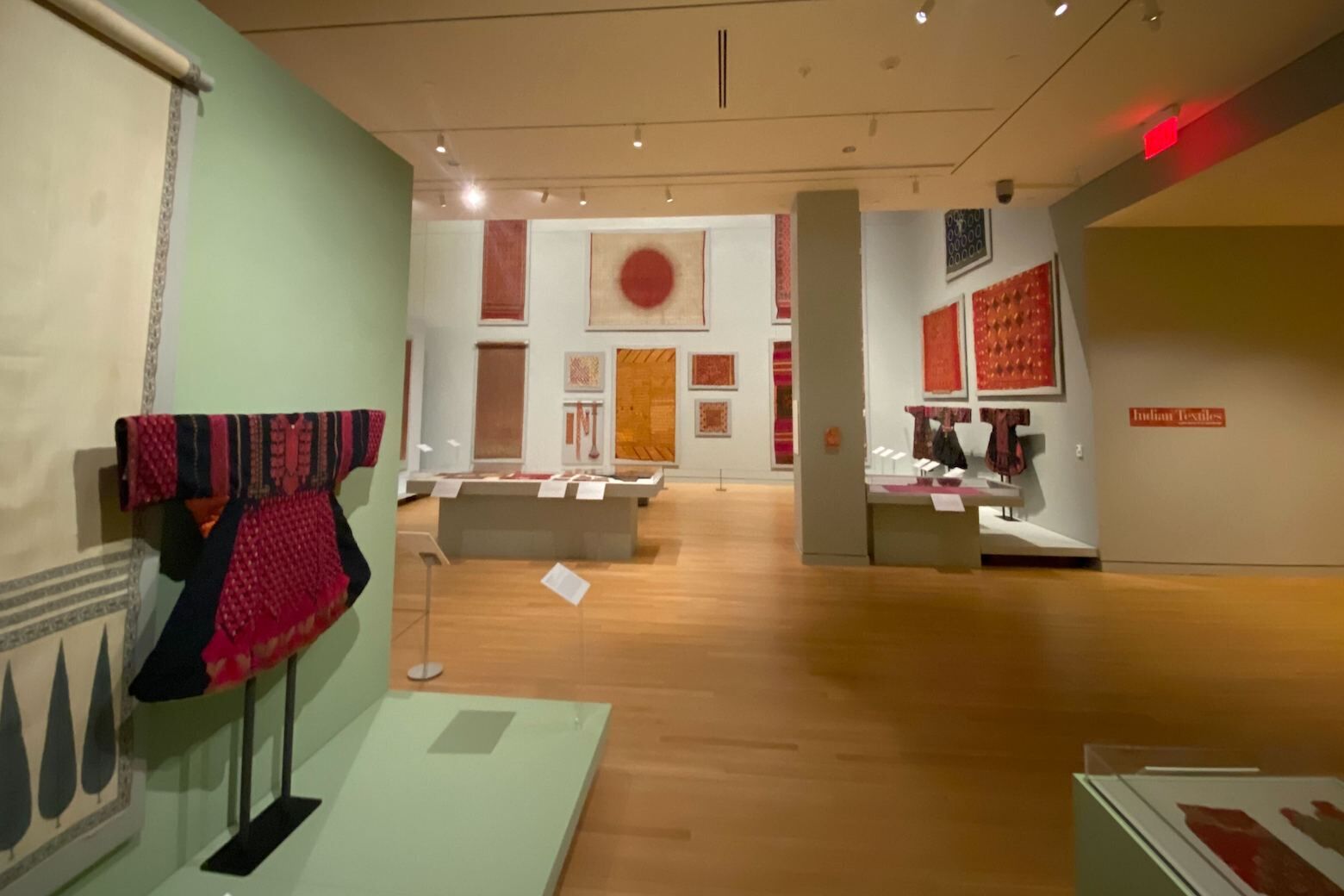 Narrative tapestries and unique beetle clothing are on display in a new exhibit at The Textile Museum at George Washington University.

Narrative tapestries and unique beetle clothing are on display in a new exhibit at The Textile Museum at George Washington University.

The exhibition “Indian Textiles: 1,000 Years of Art and Design” highlights the intricate and impressive fabric work of India, which celebrates its 75th anniversary of independence.

“We have over 90 masterpieces created over a period of about 1000 years,” said Textile Museum curator Lee Talbot.

It comprises the museum’s own collection of Indian works, along with Karen Thakar’s private collection.

The exhibition spans two floors of the museum and features everything from a meter-long narrative tapestry depicting a poet’s journey through India to floral-patterned robes.

Talbot said the oldest piece in the collection actually predates the exhibition’s title.

“It dates from the 8th century, so it’s about 1,200 years old. It is a fragment of Indian printed cotton that was found in Egypt,” Talbot told WTOP. “Interestingly, India has a very old textile tradition, but the climate is not really conducive for textiles to survive. So the oldest fabrics we have from India were found in Egypt.”

Over the ages, artists in India have become masters of different textile techniques. The Indian subcontinent is also rich in natural resources for textile fibers and dyes.

“So these natural resources combined with millennia of human ingenuity resulted in a really wide variety of fine fabrics,” Talbot said. “They are particularly known for their cottons, and cotton is a particularly difficult fiber to dye.”

Talbot said that Indian textile artists discovered early on that in order to dye cotton, they needed to apply metallic salts to clothing.

Between craft and science, the results have surprised many over the millennia. Talbot made his case by pointing to a 1667 piece that belonged to an Indian ruler.

One of the most fascinating pieces in the exhibition does not involve dyes. It is embroidered with beetle wings and has been perfectly preserved for about 200 years.

“Beetle wings are extremely fragile. They don’t survive long. They can break, but also beetle wings are very delicious to other insects and therefore tend to be eaten,” Talbot said.

The exhibition “Indian Textiles: 1,000 Years of Art and Design” runs until June 4th.