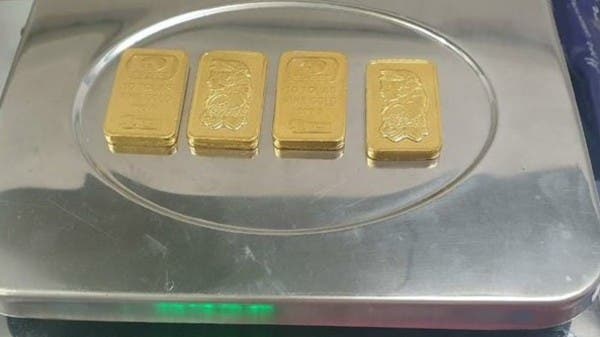 Nearly 500 grams of gold were seized by Indian customs officials from a passenger traveling from Saudi Arabia this week.

Undeclared gold worth nearly $28,000 was found hidden in a passenger traveling to Delhi from Damman, Saudi Arabia, officials said on Twitter on Wednesday.

The unidentified person, of Indian nationality, was caught with four gold bars hidden in his luggage.

Customs officials said the weight of the gold was about 466 grams.

The person was arrested on June 21 after being caught by authorities.

Officials said they regularly pick up passengers trying to smuggle gold into the country.

In April, gold worth over US$74,000 and US$38,000 in cash was seized by Indian customs officials from passengers traveling to and from Dubai.

Undeclared gold was confiscated from an Indian passenger arriving from Dubai at Delhi’s Indira Gandhi International Airport on Tuesday, April 19.

The man wore a heavy gold chain around his neck and was found with gold bars in his pockets. He was later arrested.

That same week, customs officials at the same airport intercepted an Indian passenger about to board a flight to Dubai with a suitcase full of cash.

Dubai Customs made 5,000 seizures in 2021, incl. largest capture ever made of drug captagon