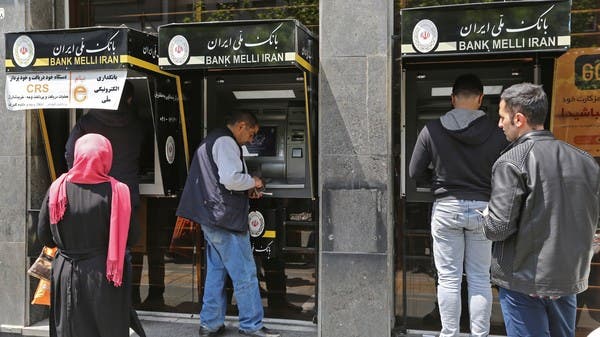 The services have allowed Iran to direct funds to its economy that has been crippled by sanctions and to resist US pressure aimed at curbing Tehran’s nuclear program.

According to Western diplomats, intelligence officials, corporate documents and bank statements, Iran has bank accounts through a number of proxy firms, foreign exchange firms and intermediaries, the WSJ reported.

The amount of money they collectively handle as they engage in trade that is prohibited by US sanctions is estimated at tens of billions of dollars annually.

Tehran reportedly developed such a network as early as 2011 with the aim of devising a plan to help avoid sanctions, according to Iranian diplomats, officials and senior officials.

Banks involved in providing services to this network that engage in trade on behalf of Iranian exporters include HSBC Holdings PLC and Standard Chartered PL, the WSJ reported.

However, thanks to its network of shell companies and middlemen, Tehran has managed to circumvent sanctions as it negotiates to revive the nuclear deal aimed at curbing its nuclear program.

The talks, however, stalled, and last week the US imposed sanctions on Iranian petrochemical producers, as well as Chinese and Indian brokers, in an attempt to increase pressure on Iran and overcome the deadlock in the talks.

According to the WSJ report, the network created by Iran uses foreign exchange companies to set up shell companies and open bank accounts in the name of Iranian companies, allowing them to sell their products, such as oil, to foreign buyers.

“Iranian importers use these funds to pay for the goods the country needs to keep the economy afloat. An electronic clearing house managed by the central bank of Iran settles these currency transactions between Iranian exporters and importers,” the report said.

However, there is no evidence that international banks are complicit in this activity, Western intelligence officials said, but “senior bank compliance officials said companies registered outside Iran that secretly maintain bank accounts for Iranian companies could escape controls designed to detect money laundering. ”

Iran allows exchanges to trade in foreign currency after protests

US Navy, Iran Have Tense Encounter in Strait of Hormuz