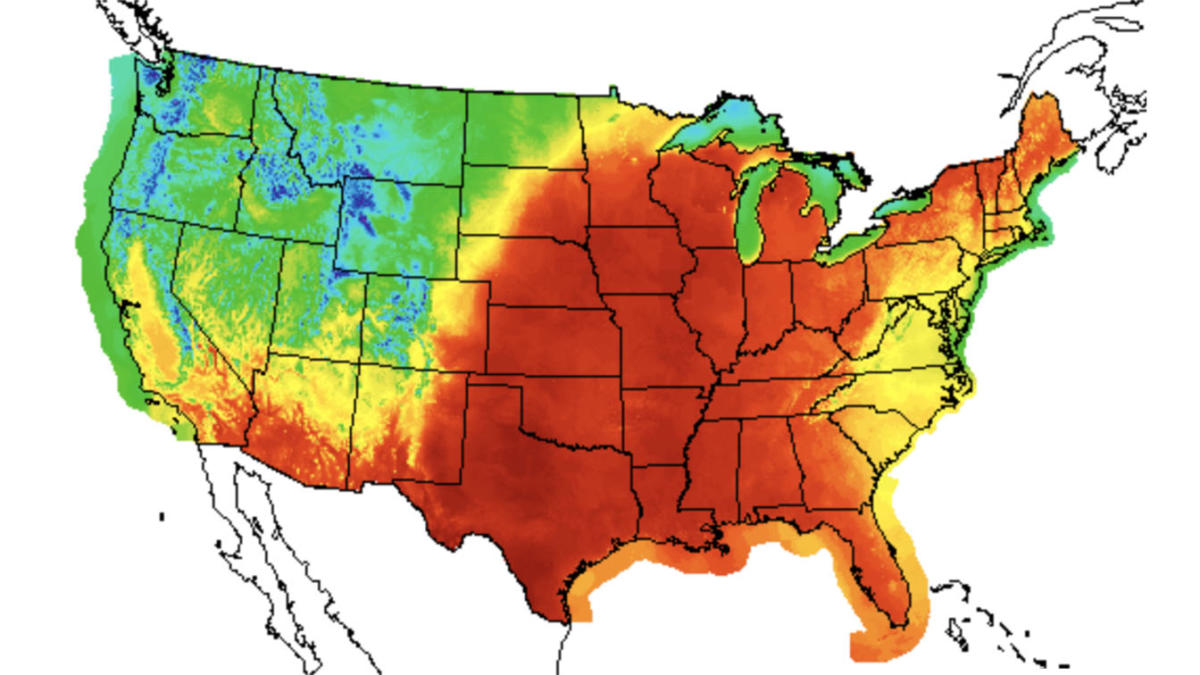 After roasting the state of Texas, an early season heat wave is about to break temperature records in the central and northeastern sections of the United States in the coming days.

The exceptionally hot weather, with temperatures estimated to exceed 100 degrees Fahrenheit over a wide swath of the country, will affect millions of Americans from Texas to Maine and serve as yet another wake-up call to mounting evidence of climate change.

“The heat wave will produce temperatures 15 to 25 degrees above average. In most cases, temperatures this high have not been experienced since last September or August,” AccuWeather said on its website.

On Saturday, heat records were broken in the Texan cities of Del Rio, San Angelo and Abilene, with the thermometer registering 112 degrees in some places. Over the weekend, San Antonio recorded its first consecutive days of recorded 100 degrees, the Weather Channel reported. The oppressive heat was exacerbated by the stifling humidity.

“Not only will high humidity result in greater discomfort during the day, but exceptionally warm nights that are also more typical of July,” said Dan DePodwin, head of forecasting operations at AccuWeather.

As the heat wave advanced north and east of the Great Plains, daytime temperatures in cities like Chicago were warmer than those recorded in Death Valley, California.

While the singular cause of individual heat waves can be difficult to attribute to climate change, their increasing frequency has been linked to the buildup of greenhouse gases in the atmosphere.

“Exceptionally hot days and multi-day heat waves are a natural part of daily weather variation. As Earth’s climate warms, however, warmer-than-usual days and nights are becoming more common and expect Heat waves are expected to become more frequent and intense,” the Environmental Protection Agency says on its website.

What is also clear is that as average temperatures continue to rise thanks to climate change, they intensify each individual event.

“Every heat wave in the world now becomes stronger and more likely to happen because of human-caused climate change,” Friederike Otto, a climate scientist at the Imperial College of London’s Grantham Institute, told AFP.

A study published last year of the record-breaking heatwave in the Pacific Northwest, for example, concluded that it was “virtually impossible” that it could have occurred without human-caused climate change.

The arrival of May temperatures in the US not normally recorded until late June or early July is analogous to the scorching heat wave that hit parts of Pakistan and India, which experienced its hottest March on record and hottest April on record. 122 years.

The trendline for warmer global temperatures continued. The past seven years have been the hottest seven in recorded history, according to the National Oceanic Atmospheric Administration. That excess heat played a role in droughts around the world, like the one that worsened in the American Southwest. A United Nations report released on Wednesday found that, thanks to rising temperatures attributable to climate change, the number and frequency of droughts on the planet have increased by 29% over the past 22 years.

The problem is that rising temperatures accelerate the rate of evaporation and disrupt normal weather patterns. Unless humanity can quickly get rid of fossil fuel energy sources or develop ways to suck carbon out of the atmosphere, the next few years will almost certainly be warmer than the ones before.

As NASA notes on its website, “The effects of man-made global warming are happening now, are irreversible on the timescale of people alive today, and will get worse in the coming decades.”

While this does not mean the end of winter or cold weather, it does indicate that the proportion of record temperatures will continue to outnumber lows by an increasing margin, as has already been the case.

A 2009 study conducted by the National Center for Atmospheric Research found that new record temperatures outperformed new low temperatures by a ratio of 2:1. Computer models have shown that this disparity will widen to 20:1 by 2050 and to 50:1 by 2100.