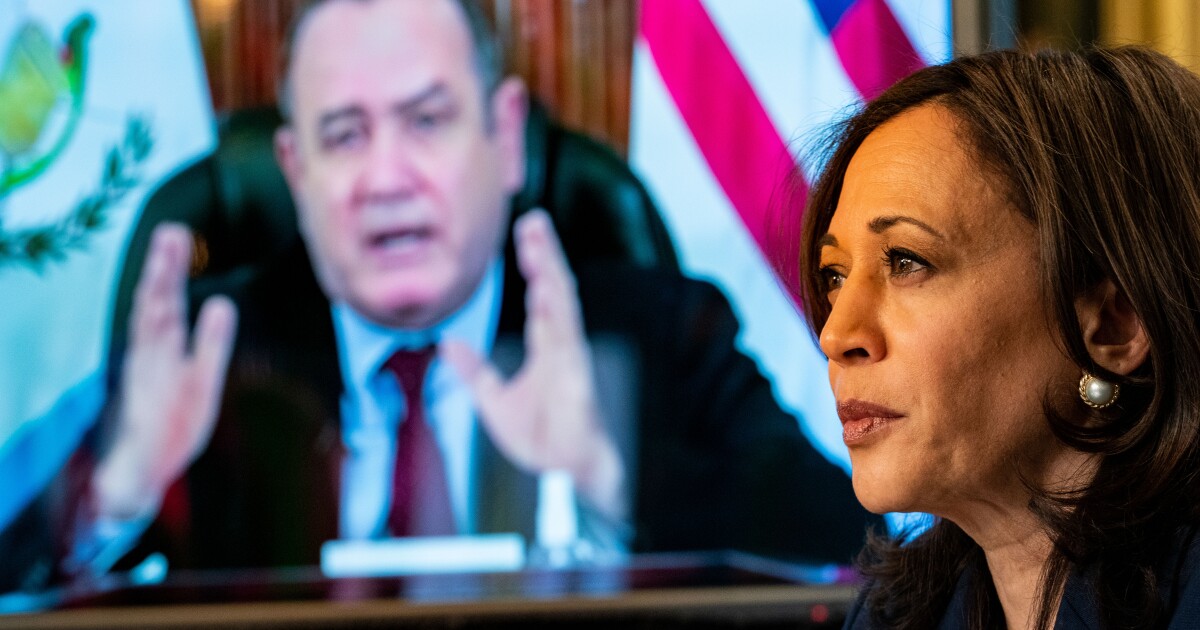 As a judge who has worked for more than a decade fighting corruption here, Miguel Ángel Gálvez has faced some of the most powerful people in Guatemala.

Even as he faced occasional criticism and threats at home, Gálvez’s reputation for independence has been praised by the United States, which sees anti-corruption efforts in Central America as crucial to curbing migration.

But nothing, he said, prepared him for the attacks he has faced in recent weeks.

Far-right activists aligned with President Alejandro Giammattei tweeted that Gálvez should “be in prison or in exile”. Strangers called, describing how they were going to kill him. Suspicious cars followed him through the streets.

Gálvez serves on the High-Risk Crimes Tribunal in Guatemala, which hears the country’s most sensitive criminal and corruption cases, and urged the government to investigate the threats. Instead, the Supreme Court announced this week that it had accepted a petition to revoke Galvez’s immunity from prosecution, which is often a prelude to arrest.

He now faces a grim decision that dozens of other members of Guatemala’s judicial system have faced in recent years: flee the country or stay and risk arrest.

The campaign against Gálvez is part of a growing wave of attacks on Guatemalan courts that have forced more than 20 judges and prosecutors into exile. Several other anti-corruption investigators were arrested.

Pro-democracy advocates say it is an effort by conservative forces within the government to undermine the power of the country’s independent institutions and roll back Guatemala’s pioneering anti-corruption efforts, which were once hailed as a model that could help reduce crime in America. Latin.

“The desire is to erase any legacy, any vestige” of anti-corruption efforts, said political analyst Edgar Gutiérrez. “They are building an authoritarian state.”

Similar attacks on democracy are taking place across Central America. In Nicaragua, left-wing President Daniel Ortega arrested political opponents and journalists and violently repressed pro-democracy protests. In El Salvador, the government of President Nayib Bukele has purged the judiciary of critics, suspended civil liberties and arrested more than 36,000 people in recent months in what it calls a crackdown on street gangs.

The attack on Guatemala’s justice system began three years ago with attacks on the International Commission Against Impunity, an independent anti-corruption body formed in 2006 to investigate the criminal groups that came to dominate the country after peace accords ended the civil war in 1996.

The commission, known as CICIG, was supported by the United Nations and partnered with local prosecutors to carry out investigations and bring cases to trial. He helped arrest drug traffickers, war criminals and dozens of elected officials. In 2015, a CICIG investigation into a wide web of corruption led to the renounce de Pérez Molina, his vice president and majority of his cabinet.

Opinion polls, along with massive protests supporting the ouster of Pérez Molina showed that Guatemalans supported the commission, said Carmen Rosa de León, a sociologist and human rights activist. “It exposed the networks that control the state,” she said.

But the commission’s work attracted powerful enemies. After opening an investigation into President Jimmy Morales’ family in 2018, Morales closed it and expelled his president from the country.

Soon, the government was targeting prosecutors and judges who had inherited the commission’s cases.

Among them, Juan Francisco Sandoval, who took over the corruption investigations and was fired by Atty. Gen. María Consuelo Porras, and Érika Aífan, another high-stakes court judgewho was forced to flee the country this spring after receiving threats and the Supreme Court appearing ready to withdraw her immunity.

The Biden administration has sought to support the growing number of Guatemalan judges and prosecutors facing threats. Senior officials, including Vice President Kamala Harris, praised his work. And the US recently sanctioned Porras, saying she “repeatedly obstructed and undermined anti-corruption investigations in Guatemala to protect her political allies and gain undue political favors.”

Despite the sanctions, Giammattei reappointed Porras for a second term in May. The president complained about US meddling in Guatemala’s internal affairs and ignored last week’s Summit of the Americas in Los Angeles.

At the same time, the US continues to partner with Guatemala, sending hundreds of thousands of dollars in aid in recent years as part of a larger effort to stem migration from Central America.

“Why do we continue to work with Guatemala?” said Jo-Marie Burt, professor of Latin American Studies at George Mason University. “I don’t understand how you can be pouring money into a country whose government epitomizes the corruption you claim to be fighting.”

After so many of his colleagues were forced to flee, Gálvez knew it was only a matter of time before he was targeted.

“I knew…they would come after me,” he said in a recent interview.

He is seen as one of the last bulwarks against growing authoritarianism in Guatemala, said Alejandra Colom, an anthropologist at the University of Del Valle.

“Miguel Ángel Gálvez is attacked because he is one of the last remaining bastions of ethics,” she said.

The case he heard about last month stemmed from documents – known as the “Death Squad Dossier” – recovered after the civil war. In it, soldiers recorded forced disappearances, extrajudicial executions and torture of around 200 people.

Gálvez says his decision to send the soldiers to trial isn’t personal or political – it’s just his job.

He doesn’t want to leave Guatemala. “It’s not easy for a person to leave for another country,” he said. “My life is here, my family is here.”

But he knows that if things get any worse, he might end up joining the growing community of his former colleagues who now live in Washington, D.C.

During the civil war, he said, those who defended democracy often met with death.