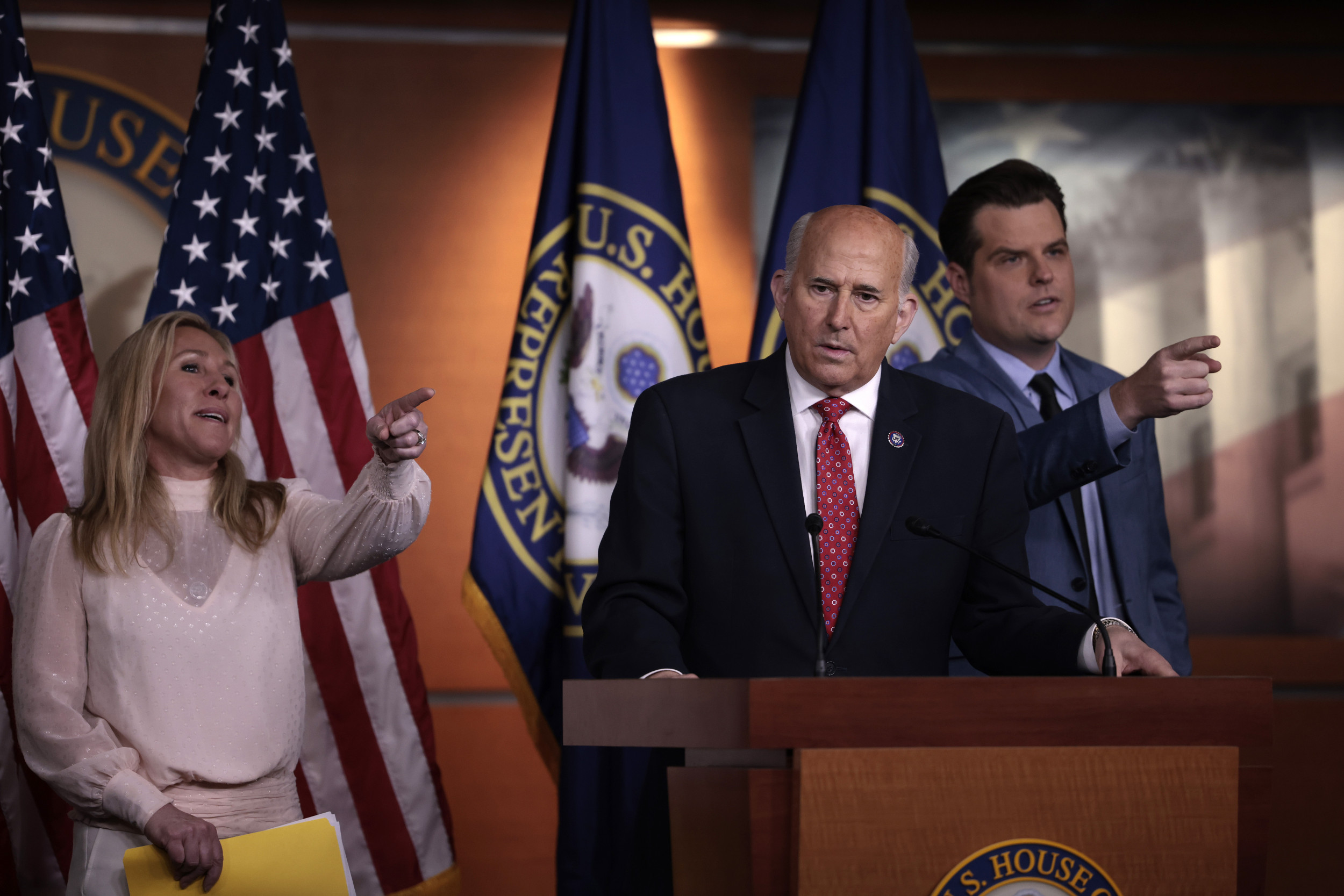 A bipartisan gun bill overcame its first procedural hurdle with the support of 14 Republicans in the Senate on Tuesday, when members of the GOP took to social media to warn their colleagues who voted in favor of the legislation. Calls to strengthen gun laws have been growing recently in response to last month’s mass shootings at an elementary school in Uvalde, Texas, and at a supermarket in Buffalo, New York.

While the bill the bipartisan senators agreed to is significantly watered down relative to Democratic proposals that have been consistently rejected by Republicans for decades, some GOP members and other conservatives quickly lashed out at Senate Republicans who supported the bill.

Representative Marjorie Taylor Greene, a Georgia Republican, accused GOP senators of “helping Democrats confiscate their guns” in a tweet on Wednesday. The tweet also included a video clip of her suggesting during a press conference that all 14 senators would be removed from office.

During an appearance on the conservative One America News Network In Focus with Addison SmithTexas Republican Representative Louie Gohmert said Republicans who supported the bill were guilty of “treason,” likening them to American Revolutionary War defector Benedict Arnold.

“Let me tell you, the last time there was a betrayal like this, on this gun project, Benedict Arnold had to move to England,” Gohmert said. “Because he just didn’t, he had more friends there than in the States.”

Fox News host Tucker Carlson accused Republican Senator John Cornyn of Texas, who voted for the bill, of having “gone left in recent years” while discussing the bill ahead of the vote on Tuesday night. .

“Has there ever been a bigger and more brazen sell-off of any group of voters than Republican senators Mitch McConnell, John Cornyn and the rest are doing now?” said Carlson. “Talk about a subversion of democracy.”

“If they continue like this, the system will collapse,” he added. “You have to represent the interests of your constituents, that’s why you’re there.”

During a Sunday discussion with Republican Senator Mike Lee of Utah, who voted against the bill, Fox News anchor Shannon Bream noted that the conservative news network’s own poll indicated that a large majority of Americans favor strengthening gun laws.

“Fox News polls show that there is a lot of force behind some of these proposals right now,” Bream said. “There’s a lot of momentum, at least within the public sphere, to do that.”

“The Republican senators who voted to support the Red Flag Laws are traitors to the Constitution and to our country,” said Representative Matt Gaetz, Republican of Florida. tweeted on Wednesday.