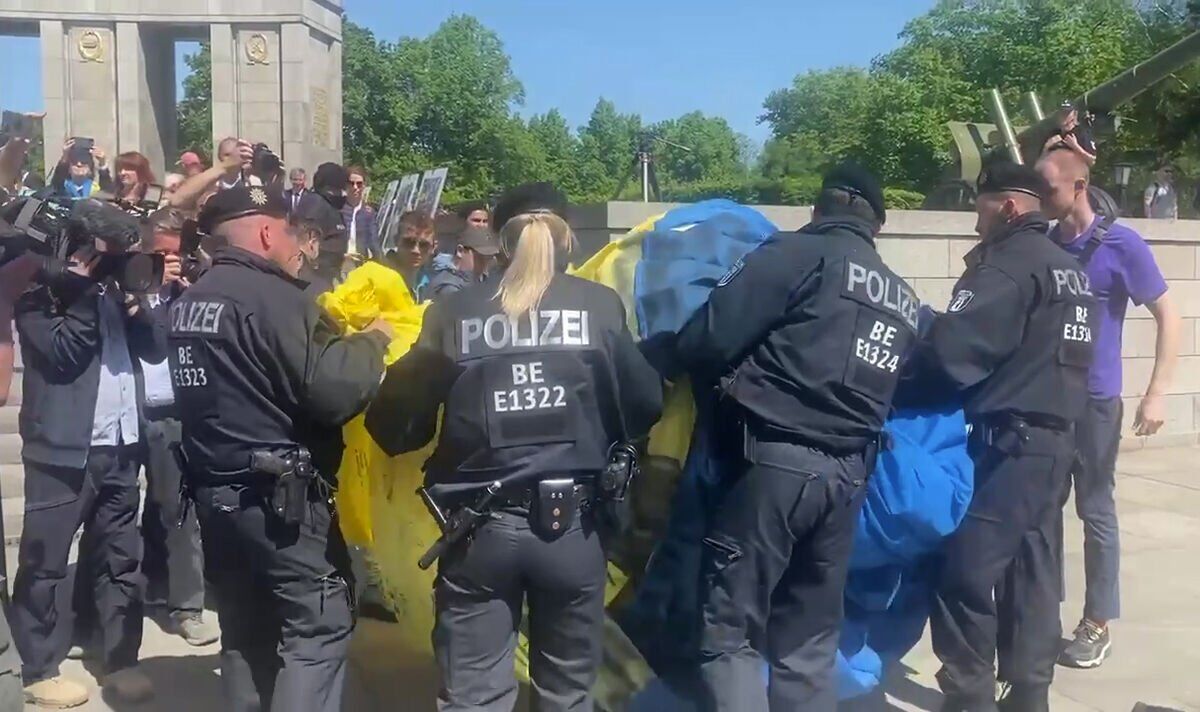 Stefan Hennewig, a German politician from the opposition CDU party, said the images of the police crackdown were “shameful”.

Michael MacKay, a security expert, tweeted: £ In Berlin, police remove a Ukrainian flag. Today is Remembrance and Reconciliation Day in Ukraine – known as Victory in Europe Day in other countries.

“These are disturbing images – a sign of the Russian Fascist regime’s strategic corruption runs very deep in Germany.”

JUST IN: Putin ‘doubled down’ as Russia ‘can’t afford to lose’

He continued: “The authorities in Berlin have established a moral equivalence between a Russian fascist flag and the flag of defending Ukraine.

“The moral compass of the Berlin government is so wrong that they cannot navigate the war in Europe or the reality of life in the 21st century.”

Berlin police were following orders set out earlier this week when German authorities banned the display of Ukrainian flags near memorials in Berlin.

The Ukrainian ambassador rebuked the defense, saying: “This not only shows a lack of tact; It’s a catastrophic political decision.”

Germany has been criticized for not taking a hard enough stand against Russia after the invasion.

It was also notable that German Chancellor Olaf Scholz has not yet visited Kiev, unlike Boris Johnson and other European leaders.

Ukraine’s President Zelensky asked Chancellor Scholz to send a message by visiting Kiev on Victory Day instead of the usual annual trip to Moscow.