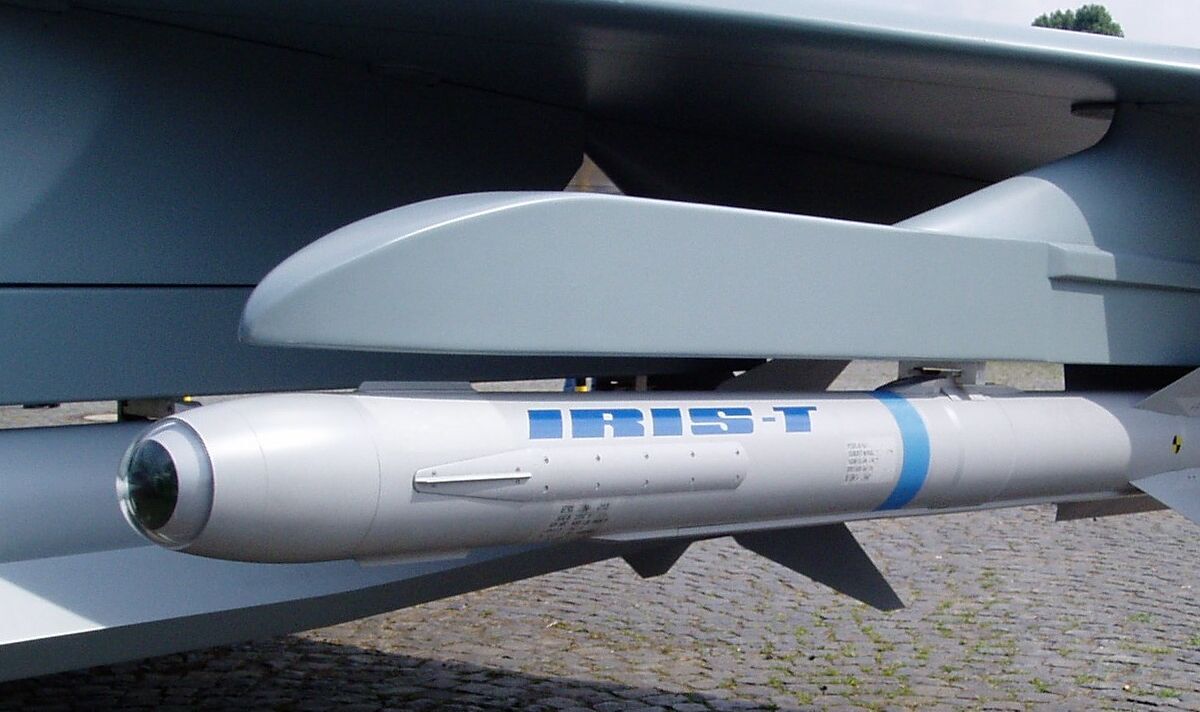 German newspaper Bild had previously reported that the German cabinet’s security council was discussing the matter and that the IRIS-T SLM systems, made by German arms manufacturer Diehl Defence, could be deployed in Ukraine from November.

Eastern Europe’s NEXTA TV described the IRIS-T as “one of the most advanced short-range missiles”.

Ukraine’s demands for heavy weapons have intensified since Moscow earlier this month turned its fiercest firepower towards the east and south of the country after failing to seize the capital Kiev.

Germany said last week it would deliver seven self-propelled howitzers to Ukraine, in yet another reversal of a long-standing policy of not sending heavy weapons into war zones due to the country’s Nazi past.

According to Bild, Ukraine is interested in receiving 10 IRIS-T SLM systems, which could be manufactured in the next three to four years. The newspaper said the system can launch missiles from a distance of 40 kilometers (25 miles) to shoot down fighter jets, helicopters or missiles.

Training for Ukrainian soldiers could start once the German government approves the plan, Bild said.

Russia calls its actions in Ukraine a “special military operation” to disarm Ukraine and protect it from the fascists.

Ukraine and the West say the fascist claim is unfounded and that the war is an unprovoked act of aggression.

One of the goals of Russia’s action in Ukraine was to prevent the former Soviet republic from joining NATO.

German Chancellor Olaf Scholz, who spoke to Putin by phone on Friday, said he saw no sign of any change in the Russian leader’s thinking about the conflict.

In an interview with news website t-online published on Saturday, Scholz said Western sanctions on Russia will remain in place until a deal is reached with Ukraine, adding: “Our aim is for this invasion to fail.”

Meeting in Germany, foreign ministers from the G7 group of rich nations supported giving more aid and weapons to Ukraine.

In their statement, G7 ministers – from the US, Japan, Germany, Britain, France, Italy and Canada – also pledged to “accelerate our efforts to reduce and end dependence on Russian energy supplies”.

Russian Foreign Minister Sergei Lavrov said Western sanctions amounted to an “all-out hybrid war” against Moscow, but Russia will resist sanctions by forging deeper partnerships with China, India and others.

Ukrainian Volodymyr Zelensky said complex negotiations were under way on the next phase of the evacuation mission from the Azovtal steelworks in Mariupol, with international intermediaries involved in the negotiations.

Erdogan’s spokesman said Turkey proposed two weeks ago to carry out a sea evacuation of wounded fighters from the plant.

The proposal remains “on the table”, although Moscow did not agree with it, he said.