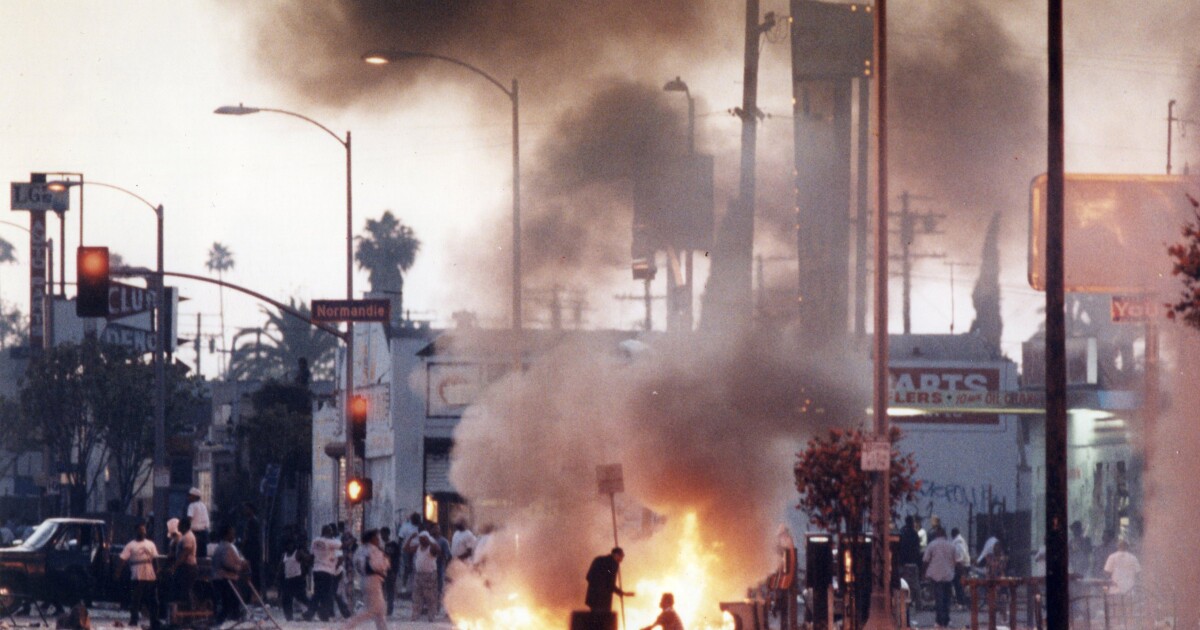 Los Angeles Mayor Eric Garcetti watched the 1992 Los Angeles riots from his New York college dorm, having left the city the day before the violence.

On Saturday, three decades after the riots, the mayor called on a group gathered at a Wilshire Boulevard hotel in Koreatown “to build a city of belonging” and heal the trauma of the riots. Koreatown was devastated during the riots as many businesses were burned and looted.

“No matter where we come from, where our parents come from, what language we speak, what we look like or who we are, we belong here,” Garcetti told the crowd of young professionals gathered for a conference focused on the anniversary of the Korean-American riots and conquests.

Garcetti recalled how his father Gil – not yet the district attorney – helped sweep the rubble in Koreatown after the looting and violent clashes that followed the acquittal of police officers who beat driver Rodney King. He also described how a friend was on the roof of a family business to guard his family’s possessions.

The mayor also spoke of the “common work” completed after the riots, such as creating parks, but also the economic loss to South LA.

At one point, Garcetti asked how many in the audience hadn’t been born before the riots, prompting a handful to raise their hands. Garcetti told the group that it is important to remember the facts and feelings of the riots for younger generations.

For those who have lost family members in the violence, the “pain has never gone away,” Garcetti said.

Saturday’s event followed other memories across the region this week. Black residents of Watts celebrated a gang ceasefire in 1992, inspired by the racial injustice that led to the riots.

In Inglewood, Korean and black leaders launched a mural depicting people from their communities with a sign saying, “Roots entwine more tightly.”

And at Tapestry LA Church in downtown Los Angeles, religious and civic leaders shared their thoughts.